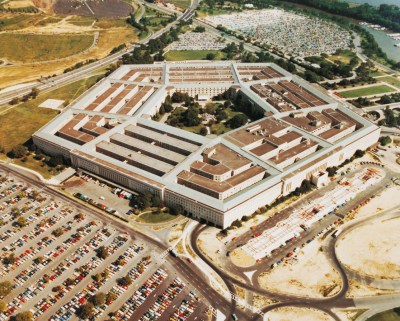 Source: Thinkstock
U.S. spending on national defense is tightening, but it is still a vast sum. Depending on what is counted, the grand total including items for retirement benefits, the Department of Homeland Security, and the Defense Department’s share of interest on the national debt rises to $967.9 billion, according to the Center for Defense Information. The 2015 budget request totals $1.010 trillion.

Lockheed Martin Corp. (NYSE: LMT) received $40.13 billion in defense revenues in 2014, some 88% of the company’s total revenues. The total represents a 09% decline from 2013 defense revenues. Lockheed received $7.54 billion to advance its F-35 Joint Strike Fighter program, the most expensive and closely watched of all defense programs. The company has joined with Boeing to bid on a new training jet.

Boeing Co. (NYSE: BA) hauled in $29 billion in defense revenues in 2014, some 32% of its total revenues. The company suffered a more serious year-over-year decline in defense projects than did Lockheed, with revenues from defense falling 9.4% from 2013 levels. Boeing’s largest defense program is the new KC-46A tanker for which it received $1.5 billion in 2014.

BAE Systems Inc. is a U.K.-based contractor that garnered $25.45 billion in 2014 defense revenues. The total represents 92.8% of the U.S. company’s total revenues. BAE specializes in electronic systems, cybersecurity and armored systems among other things.