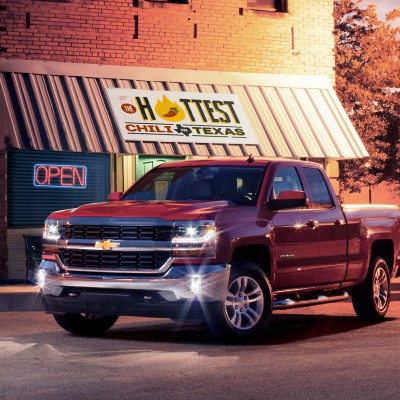 General Motors Co.’s (NYSE: GM) Chevy Silverado is the second best selling pickup in the United States behind perennial leader, the Ford Motor Co. (NYSE: F) F-150. Virtually no one in the auto industry believes Chevy can close the gap. A huge discount on one version of the Silverado might help, a deal that chops over $11,000 of the sticker price.

Notably, incentives are considered a coffin in the nail of profitability. Chevy has a number of versions of the Silverado which are not as aggressively priced. The same holds true across most of the entire Chevy line up.

On select tagged vehicles in stock. Must qualify through GM Financial. Total Value based on $48,600 average MSRP of vehicles in stock. MSRP of Silverado shown $50,945. Not available with special financing, lease and some other offers. Take delivery by 2/28/17. See participating dealer for details.

Since Chevy probably won’t sell many of this exact model in the next week, its financial exposure is modest.

For those who do find one of the trucks with the special tag, the discount list has several components. The first is $3,000 for a “bonus cash allowance”. Next, a $2,935 “average factory reduction below the manufacturer’s suggested retail price (MSRP). Add to that $2,500 as a “total cash allowance,” and $2,000 in “down payment assistance.” And finally, $750 for an “option package discount.”

A complicated set of discounts. Absolutely.  A poor precedent for manufacturer profitability. Absolutely as well.