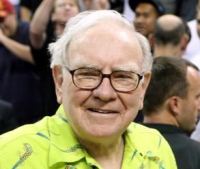 Many investors find no better teacher than Warren Buffett. His place as one of the world’s wealthiest men speaks for itself thanks to the almost unimaginable gains seen by Berkshire Hathaway Inc. (NYSE:BRK.A).  24/7 Wall St. took a look at  Buffett’s greatest investments going back decades.  Some highlight the exponential gains Buffett’s investments have yielded.

There is always a caveat due to accounting changes.  Buffett’s financial reporting is unlike most firms because the company’s unique composition. With Buffett’s famous investment horizon of ‘forever,’ it is no shock that many of these gains remain unrealized as of today.

This is our list of Buffett’s thirteen greatest investments, listed in no particular order. 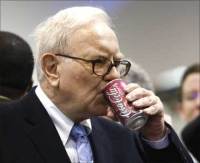 When Buffett began purchasing stock in Coca Cola in 1988, many Wall Street analysts were skeptical because it seemed only a matter of time before other beverage companies would take away its market share. In addition, Coca-Cola had reported earnings down 2% from the previous year, and had an unimpressive P/E ratio of between 14 to 19.  At the time, shares of KO were worth between $35 and $45. The stock has split three times since then, and is now priced in the $60 range.  By 1995, Buffett owned 100,000 shares of the company with a cost basis of roughly $1.2 billion. As of September 2010, Buffett’s unrealized gains on KO were $10.4 billion. This comes out to a 766% increase in value. This is one of Buffett’s greatest investing triumphs. 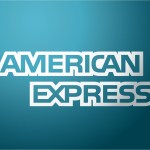 In 1964, the “salad oil scandal,” where a vegetable oil company obtained massive loans through falsified collateral rocked American Express, which had provided warehouses and vouched for the company’s inventory. This event ended up costing the company approximately $58 million and much of its reputation. In the period after the scandal broke, investors couldn’t sell AXP shares fast enough, and the stock lost 50% of its value in a short time, falling to $35 per share. Buffett, however, saw this moment of panic for just what it was – a drawback for an otherwise very stable company with long-term growth potential. Buffett observed people beginning to use credit cards in their daily transactions, and recognized AXP’s potential to become an American blue chip. The Berkshire Hathaway CEO purchased shares with a cost basis of $1.28 billion. As of December 31, 2009, the company’s 151.6 billion shares are worth more than $5 billion, an unrealized gain of $3.7 billion and an increase of 290%. Berkshire Hathaway currently owns 12.7% of American Express.

Procter & Gamble (NYSE: PG) does not seem to be a top gainer for Berkshire Hathaway with a $20 million unrealized gain on a $4.321 billion cost basis as of September 30, 2010.  You have to go back to the days of Gillette to see where Buffett got extraordinary gains after P&G first acquired the razor company.  The Gillette Company cost basis was listed as $600 million in 2001 with an equity value of $3.206 billion.  When P&G announced the acquisition, the deal reportedly gave Buffett a one-day paper profit of about $650 million and a total gain of $4.4 billion overall.  Warren Buffett called it “a dream merger” and then decided to increase his P&G holdings.  Buying a big razor blade maker stake turned out to be one of his best bets ever. Team Buffett makes accounting changes from time to time and after acquisitions, and that may contribute to why there was only a $20 million unrealized gain as of September 30, 2010 on what is listed as a cost basis of $4.321 billion.