Banks Making the Most From Overdraft and ATM Fees 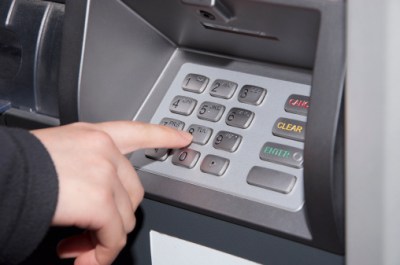 Source: Thinkstock
With the recession being receding into the past, many consumers are still coping with how they feel about their banks. Whether you bank at a community bank, a regional bank or money center bank, the reality is that bank customers want to know that they are not getting killed by banking fees every month. After all, it isn’t as if the savers are making any interest. Two areas that have been ongoing sore topics for the public are the fees that banks charge for ATMs and from overdrafts.

24/7 Wall St. has seen new data from SNL Financial regarding bank overdraft fees and fees collected by ATM use. It turns out that some banks are seeing a large portion of their non-interest income by charging overdraft and ATM fees. As a reminder, these became issues after the recession as consumers started to get a voice over how banks act.

SNL’s data on bank overdraft and ATM fees showed some of what may be expected by some banks. It also had some nearly startling data elsewhere. During the first quarter alone, the three largest banks collectively generated $1.14 billion from overdraft fees and related service charges during the first quarter. JPMorgan Chase & Co. (NYSE: JPM), Bank of America Corp. (NYSE: BAC) and Wells Fargo & Co. (NYSE: WFC) were each reported as having more than $350 million in overdraft fees. The same three banks with the highest ATM fees collected in the first quarter were Wells Fargo at $90 million, Bank of America at $87 million and JPMorgan at $56 million.

While it would seem obvious that the largest banks by total deposits would have the most collected in fees, the two images below from SNL Financial show many other banks with a breakdown of how the ATM fees and how the overdraft and related service fees tally up as a percentage of total operating revenues. With Woodforest National Bank appearing high in overdrafts and ATM fees, that has its ties to having many branches inside of Wal-Mart Stores Inc. (NYSE: WMT) locations.

SNL further showed that banks such as Woodforest National Bank, TD Bank and First National Bank Texas all generated over 30% of noninterest income from overdraft fees.

ALSO READ: Which Stocks Will Take the Brunt of the Next Big Hit to the Dow?

One issue that could skew the data from these banks is that certificates of deposit (CDs) are excluded from the breakouts. There are two sides to any story, and many other consumers feel that it is the responsibility of the consumer not to become overdrawn in their accounts. Nonetheless, some of these figures seem eye-opening.