Swatch and the Robust Health of the Watch Economy 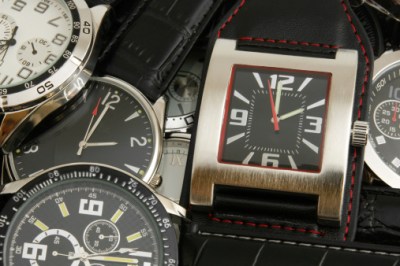 Source: Thinkstock
The watch was supposed to go the way of the dodo, as other electronic devices like smartphones took their place as portable clocks, alarms and stopwatches. Yet despite the nearly universal availability of new age digital clocks that come free with tablets and cellphones, the old-time wristwatch has thrived, at least if the earnings of watch giant Swatch are any evidence. Perhaps tradition has triumphed over modernity.

Swatch announced that, in the first half of 2013:

Sustained growth experienced in all regions. Positive outlook for a strong second half of 2013.

Swatch, the world’s largest watch company, stands different from its competition. It makes some of the world’s most expensive watches, and some of the cheapest. Its brands range from Breguet, Harry Winston and Blancpain, which retail in some cases for tens of thousands of dollars, and Swatch, which has many models under $100.

A quick look at Apple Inc.’s (NASDAQ: AAPL) iPhone 5 or the Samsung Galaxy 4S, among the most recently released and best-selling smartphones, shows that, among other things, the built-in digital watch has an alarm system that can accept several alarm times, a world clock for those who want to know what time it is in Shanghai or London, a multifaceted timer and a stopwatch. In addition, each has a sophisticated calendar.

These smartphone functions leave open the issue of how the traditional watch has survived. The answer is that the high-end watch is an outward mark of wealth. The cheap watch is a sign of fun, and perhaps a bit of poverty. Although there may be other explanations, they are not so obvious or explainable.

News that Apple trademarked the name iWatch and is hiring developers to design a smart timepiece seems to only confirm the sense that the traditional watch is doomed. But even though watches are becoming technologically superfluous, the watch industry is actually growing, analysts say. Sales may have fallen 4% in 2008 and an additional 10% in 2009 to $5.8 billion, but since then the watch’s fortunes have reversed, according to Euromonitor International. Last year, U.S. sales rose to $7.2 billion, and analysts say the industry expects that growth to continue.

As for the iWatch and competing smartwatches from the likes of Samsung and others, the industry seems to give such threats barely a second’s thought. In fact, watch sales are predicted to increase another 30% by 2017, according to Euromonitor.

Like the gasoline-powered car and paper map, some things never go out of style, perhaps because of nostalgia or inertia.

Why BofA Securities Thinks There Is Still Upside in Peloton Stock

This Is the State Where People Bought the Most Guns

Why UBS Sees Massive Upside for Under Armour After Earnings