The World’s Most Innovative Companies Topped by Tech

Source: courtesy of Google Inc.
Boston Consulting Group (BCG) released its list of “The Most Innovative Companies of 2013.” As is the case with most of these types of lists, the conclusions are based on a sort of “black box” set by the consulting group doing the evaluation. However, it is easy to guess which companies top the BCG list. They are the same as the ones that lead most studies of management prowess, brand values and the most desirable places for people to work.

As for the BCG approach to which companies top its list:

As in past surveys, the 2013 results reveal the 50 companies that executives rank as the most innovative, weighted to incorporate relative three-year shareholder returns, revenue growth, and margin growth. The list has its share, as always, of well-known technology innovators (especially among the top ten), but automakers also show a strong surge, a trend that began last year and gathered strength in the current results.

Predictably, at the head of the list are Apple Inc. (NASDAQ: AAPL), Samsung, Google Inc. (NASDAQ: GOOG) and Microsoft Corp. (NASDAQ: MSFT). The top three companies dominate the smartphone and tablet sectors. The explosion of the use of these devices is almost certainly a factor in their positions. Google may be a search company, but it also created Android, the most widely used smartphone operating system (OS). Microsoft may make the world’s most widely used personal computer (PC) operating system, but its management has set as an imperative a move that OS to the world of portable devices as the dominance of the PC dies.

One thing that stands out among the top 20 is the extent to which failed companies can rank high in innovation. Hewlett-Packard Co. (NYSE: HPQ) and Sony Corp. (NYSE : SNE) are on the list, despite the fact that both have struggled to remain relevant and have lost whatever edge they had in their respective industries some time ago.

The Boston Consulting Group was quick to point out how many car companies made the list. As the industry moves toward a period when vehicles bristle with complex software, and the car without a driver may be a few years away, the big manufacturers have begun a period of change that is supposed to be as critical as the one when the assembly line was invented. So, General Motors Co. (NYSE: GM), Hyundai, Toyota Motor Corp. (NYSE: TM), Honda Motor Co. Ltd. (NYSE: HMC), Daimler, BMW, Volkswagen Ford Motor Co. (NYSE: F) and Audi make up nearly half of the list.

As time passes, the big tech companies likely will crowd out the auto manufacturers. One of the outstanding features of the tech industry is that companies can reinvent themselves over and over. The evolution of the car business has been historically much, much slower. 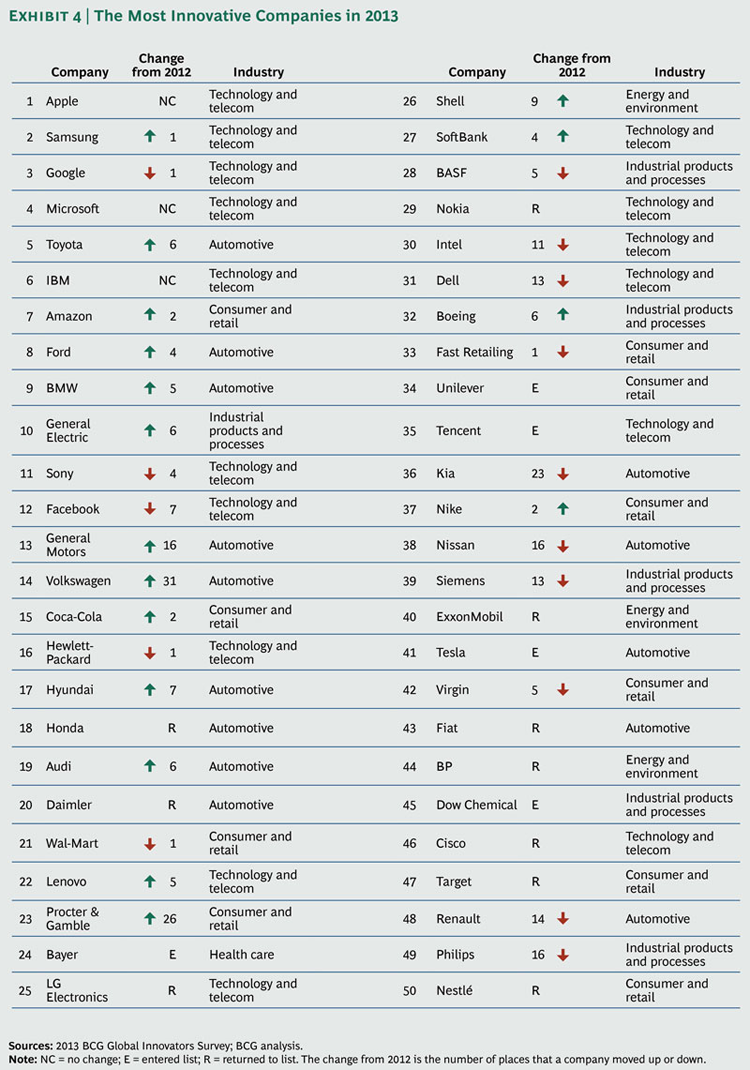 The Price of This Household Item Is Still Cheap

This Is The State With The Most Identify Theft