According to the World Gold Council:

Gold demand reached 1,290 tonnes Q1 2016, a 21% increase year-on-year, making it the second largest quarter on record. This increase was driven by huge inflows into exchange traded funds (ETFs) – 364t – fuelled by concerns around the shifting global economic and financial landscape. Higher prices and industrial action in India pushed global demand for jewellery down (-19%), while total bar and coin demand was marginally higher (+1%). Central banks remained strong buyers, purchasing 109t in the quarter. Total supply increased 5% to 1,135t. Hedging by producers (40t) supported an increase of 56t in mine supply, although countered by a marginal decline in recycling.

The key findings from the report for the first quarter of 2016 are as follows: 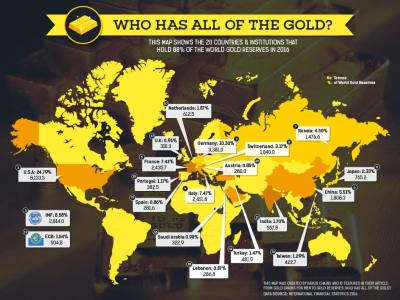