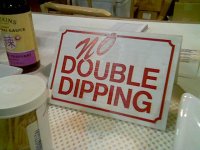 “Nearly two-thirds of Americans believe the economy has yet to hit bottom, a sharply higher percentage than the 53% who felt that way in January,” according to a recent Wall Street Journal poll.

A growing and vocal minority of economists believes that there will be a double dip recession primarily because of the intransigence of high unemployment and the rapidly faltering housing market. The notion of a “jobless recovery” has been around since the recessions of the 1950s and 1960s. It is a concept built on a relatively simple idea: employment lags during a recession but it is always part of a recovery cycle. Production rises as businesses see the end of a downturn and anticipate improving sales. They are reluctant to hire new workers until the recovery is confirmed, but once it has been, hiring picks up.

The 2008 – 2009 recession was – if it is indeed over – different from any other because of its depth and causes. The first trigger was the drop in housing prices, which robbed many people of their primary access to capital. As that access disappeared, so did the availability of credit. Consumer buying power evaporated and business cut inventory and production. Joblessness rose. Finally, consumer confidence plunged.

The last downturn was so great that in some months more than 500,000 people lost jobs. The unemployment rolls are now more than 8 million, and perhaps more gravely, over 1.4 million people have been out of work for over 99 weeks – which means they are no longer eligible to receive unemployment insurance benefits. This segment of the population has already begun to add to the number of indigent Americans and will continue to do so unless they can find homes with friends and family.

The second dip of the recession that ended in 2009, according to economists and the federal government, is likely to begin within the next two quarters.

Unemployment claims are running well above expectations, and recently hit a six month high. The four-week average of initial claims rose 14,250 to 473,500 this week. The last peak, in February, was during a period when GDP was in the very earlier stages of recovery. There is nearly no jobs creation in the private sector. Real estate prices continue to drop, particularly in the hardest hit regions such as  California, Nevada, Florida, and Michigan.

The federal, state and local governments are in no position to lend assistance to businesses, most of which lack access to capital. Similarly, banks are not prepared to lend to small businesses; especially those with modest balance sheets and relatively low sales.  This presents a problem for employment since companies with less than one hundred workers have traditionally been the largest creators of jobs.

This is what a double dip recession would look like:

The cost of homes in the areas where prices have already dropped by 50% or more will continue to fall. These regions typically have the highest unemployment rates, the local governments are hard pressed to offer basic services, and potential buyers are aware that home prices could drop further. Real estate values in these areas could drop another 20%. In the rest of the country, protracted unemployment and the unwillingness of banks to lend would make otherwise attractive all-time low mortgage rates unappealing.

The Most Poisonous Snake in the World

These Are the 10 Best Cities for First-Time Homebuyers

This Is What Makes People Lose the Most Sleep

This Is the Best City for Bagel Lovers