US Refinery Strike Widens to 15 Plants 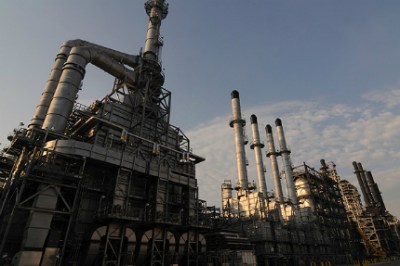 Source: Royal Dutch Shell plc
The strike by the United Steelworkers Union (USW) against U.S. refiners widened at midnight Sunday morning to include three Motiva refineries and a Royal Dutch Shell PLC (NYSE: RDS-A) chemical plant. The Motiva refinery in Port Arthur, Texas, is the largest in the United States with a capacity of 600,000 barrels per day.

The two other Motive refineries and the Shell chemical plant are located in Louisiana. Motiva is a joint venture between Shell and a division of Saudi Aramco, the national oil company of Saudi Arabia. The Convent and Norco refineries have capacities of 235,000 and 238,000 barrels a day, respectively, and employ a total of about 1,350 USW members.

The strike, which began at midnight on February 1, previously affected 11 refineries and other facilities and affected about 5,200 workers. All told, the USW represents about 30,000 workers at more than 230 refineries, oil terminals, pipelines and petrochemical facilities. A total of 65 of the union facilities are refineries that produce about two-thirds of the country’s refined products.

This is how a USW official characterized the strike when it began:

This work stoppage is about onerous overtime; unsafe staffing levels; dangerous conditions the industry continues to ignore; the daily occurrences of fires, emissions, leaks and explosions that threaten local communities without the industry doing much about it; the industry’s refusal to make opportunities for workers in the trade crafts; the flagrant contracting out that impacts health and safety on the job; and the erosion of our workplace, where qualified and experienced union workers are replaced by contractors when they leave or retire.

The central issue standing in the way of a settlement is not safety or fatigue, nor is it even about healthcare or wages, as the union claims. Those things are important to all of us, and it’s important to share that we have engaged in productive negotiations regarding each of these issues. … The central issue of the USW’s national leaders is their continued demand that Shell replace routine maintenance contractors with USW-represented employees.

Shell is the lead company in the National Oil Bargaining process and the outcome of the dispute with the USW will be used as a guide for union contracts with the rest of the industry.

ALSO READ: $50 Oil Will Cost at Least a Million Jobs