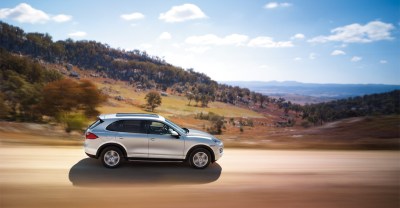 Source: Courtesy Porsche Cars North America Inc.
Now that the Memorial Day holiday is behind us and the summer driving season is “officially” underway, AAA is warning motorists that gasoline prices are expected to remain high this summer and predicting national average prices in the range of $3.55 to $3.70 a gallon. Last summer the range for a gallon of regular gas ran from $3.47 to $3.67. A gallon of regular gasoline currently costs $3.67, according to AAA.

The AAA’s average price assumes that there are no major disruptions to refineries during the summer, that global politics do not get worse and that the hurricane season that started on Sunday will not be too harsh. The current NOAA hurricane forecast calls for three to six hurricanes during the season that runs through the end of November, with one or two reaching Category 3 or higher intensity.

AAA notes that gasoline prices often rise slightly between July 4 and the end of August, the height of the summer driving season. Gasoline prices are starting this summer’s driving season about seven cents higher than a year ago as demand was strong during May.

Drivers in 29 states are paying more today than they did a year ago, with the biggest differences in Pennsylvania (up 26 cents), South Carolina and Kentucky (both up 23 cents). States where prices show the biggest year-over-year drop are North Dakota (down 44 cents), Iowa and Minnesota (both down 36 cents).

Crude prices remain high as the market continues to be backwardated (spot prices are higher than forward prices). Largely this is due to lack of investor interest in buying forward contracts for crude. And while AAA expects Americans to be driving more this summer, the U.S. Bureau of Economic Analysis report on consumer spending in April showed a sharp cutback in gasoline consumption. Given the lag in the BEA’s reporting, AAA may turn out to have a better grip on what the summer has in store for gasoline prices.