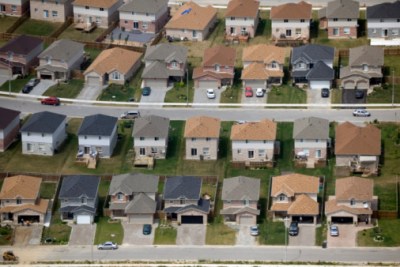 Source: Thinkstock
The U.S. health care system is the most expensive among large developed nations. And it produces the worst results. Medical costs are among the highest portions of Americans’ budgets. But people hardly get what they pay for.

According to a new study from The Commonwealth Fund titled “Mirror, Mirror on the Wall 2014”:

The United States health care system is the most expensive in the world, but this report and prior editions consistently show the U.S. underperforms relative to other countries on most dimensions of performance. Among the 11 nations studied in this report — Australia, Canada, France, Germany, the Netherlands, New Zealand, Norway, Sweden, Switzerland, the United Kingdom, and the United States — the U.S. ranks last, as it did in the 2010, 2007, 2006, and 2004 editions of Mirror, Mirror. Most troubling, the U.S. fails to achieve better health outcomes than the other countries, and as shown in the earlier editions, the U.S. is last or near last on dimensions of access, efficiency, and equity. In this edition of Mirror, Mirror, the United Kingdom ranks first, followed closely by Switzerland.

Not only did the United States rank 11th out of the 11 countries covered in the report, average cost for health care per capita in 2011 was $8,508. New Zealand was the least expensive per capita at $3,182.

The study did offer some hope, if the Affordable Care Act is effective:

The most notable way the U.S. differs from other industrialized countries is the absence of universal health insurance coverage. Other nations ensure the accessibility of care through universal health systems and through better ties between patients and the physician practices that serve as their medical homes. The Affordable Care Act is increasing the number of Americans with coverage and improving access to care, though the data in this report are from years prior to the full implementation of the law. Thus, it is not surprising that the U.S. underperforms on measures of access and equity between populations with above- average and below-average incomes.

The U.S. also ranks behind most countries on many measures of health outcomes, quality, and efficiency. U.S. physicians face particular difficulties receiving timely information, coordinating care, and dealing with administrative hassles. Other countries have led in the adoption of modern health information systems, but U.S. physicians and hospitals are catching up as they respond to significant financial incentives to adopt and make meaningful use of health information technology systems. Additional provisions in the Affordable Care Act will further encourage the efficient organization and delivery of health care, as well as investment in important preventive and population health measures.

Given difficulties in getting Americans to join the plan and the years it may take for the process to fully yield results, the United States could remain at the bottom of the list for a very long time.

ALSO READ: Ten Cities Where the Most People Walk to Work 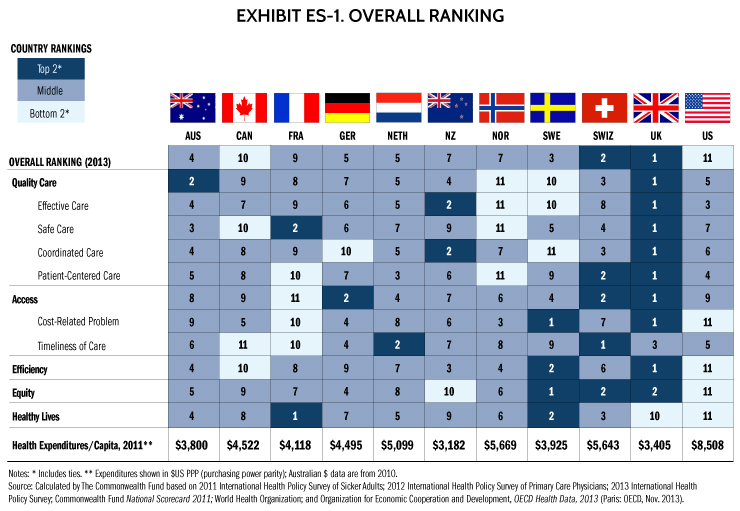 This State Has the Most Dangerous Roads in America

This Is the Best American City for Runners

This Is the State Where Schools Have the Most Toxic Air