Twelve Things Not to Do If You Win the Lottery 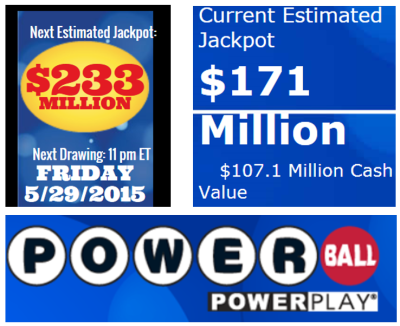 Source: Jon Ogg
The latest winner of the Florida Lottery won $80 million. Orencia Barzey decided to take the POWERBALL money has a lump sum, so he only took home  $49,566,294.92, according to website Classicalite. (Financially, taking the lump sum may be a mistake.)

Future Powerball and state lottery ticket winners will become incredibly wealthy in an instant. Imagine being Joe Somebody and turning into Sir Joe the Magnificent overnight. Now imagine the unthinkable that Sir Joe could become Joe the Village Idiot in a very short time. Supposedly most lottery winners end up broke again. That just doesn’t seem right at all.

24/7 Wall St. wants its readers, particularly those few who are lucky enough to win the lottery, to avoid some of the simple and complex mistakes that have taken other lottery winners into bankruptcy. Some have even died. Updates around this hot topic have been more than eye-opening.

24/7 Wall St. has decided to offer up 12 key things not to do if you are a lottery winner. We have looked around at many research papers and other articles on the matter about those who land in instant riches against all odds. It seems too cruel to imagine that many winners become losers. There is a saying that you should only have to get rich once. Some people just cannot help themselves in avoiding the pitfalls of instant wealth.

ALSO READ: What Not to Do, If You Win the Lottery

While many lists exist on what you should do if you win, it is surprising how few actual warnings are out there that can be used a scare-tactic guide that makes lottery winners do the right thing. Did you know that you might become a target if you are a lotto winner? Some people find instant enemies, and some people turn out to be their own worst enemy. It might have been very hard to spend $30 million in 30 days in “Brewster’s Millions” during the mid-1980s, but spending $10 million, $50 million, or even $100 million can be done easily now. Some people could even manage to spend that much just in a single day or two now.

Some points about what to do, or not do, may overlap or seem redundant. The problem is that there are many pitfalls which snag lottery winners who become vastly wealthy overnight or those who find themselves incredibly wealthy in a very short period. This list of tasks also has many lessons for those who win big legal judgments, who unexpectedly inherit millions of dollars, and for those who get sudden windfalls of cash from a business deal or a business sale.

Here are 12 things not to do if you win the lottery.