USPS Is Losing $1 Billion a Quarter. How Long Can It Survive? 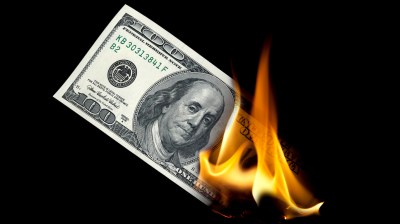 Source: sbayram / Getty Images
The U.S. Postal Service (USPS) reported two troubling numbers for its most recent quarter. The first is that revenue was flat at just above $17 billion. The other was that it lost $1.1 billion for the period that ended June 30. Both figures, particularly the loss, beg the question why the country needs 497,157 career employees and 31,324 retail post offices.

There have been several powerful arguments that the USPS is too large, some of which date back decades. The first of these is that delivering mail six days a week is unnecessary. Letters and items that need rush delivery can be carried via the USPS’s own overnight system, or those of FedEx and United Parcel Services (UPS). Each of the private companies can make deliveries virtually everywhere the USPS does. There are very few items that require daily delivery, particularly because so much of what is delivered each day is “junk mail,” mostly collections of advertising and marketing items, which generally are not time-sensitive.

Another persuasive argument against the USPS’s size and scope is the use of email, an equivalent to letters, and electronically delivered files. The cost to move both email and large data files have dropped to historic lows. In many cases, even junk mail is delivered equivalently via email-based promotions, often known as spam.

The inefficiency of the USPS infrastructure is particularly evident in its profit and loss statement. While the employee and post office counts stay the same, the amount of mail that is moved has dropped. In the meantime, expenses have not.

Post office workers are government employees. In the face of falling tax revenue and budget constraints, government payrolls have been slashed. Opinions on the proper size and role of government vary significantly. Yet, federal employment has grown — these are the states where most people work for the government. 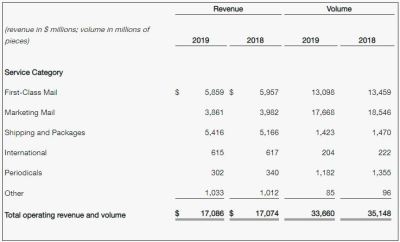 When Postmaster General and Chief Executive Officer Megan J. Brennan commented on the quarterly results, she said, “We are actively adapting to changes throughout the mailing and shipping landscape, providing customers with new solutions that add value for their investment, improve the service we provide, and drive internal efficiencies.” There is scant evidence of that.

The U.S. Postal Service, now 244 years old, has continuously been among America’s favorite agencies, despite the fact that it has been plagued by losses and complaints that it is too large. In terms of public image, it even beats major corporations that depend on the trust of customers to exist. These are the companies with the best and worst reputations in America.