America's Most (and Least) Generous States 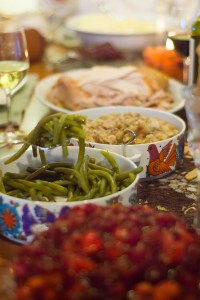 Source: flickr/canonnyc
A report released on charitable giving this week shows that the residents of some states appear to be far more generous than others. The average Utah household earning more than $50,000 a year gave more than 10% of its disposable income, while similarly situated New Hampshire residents gave less than 3% of their income. Based on The Chronicle of Philanthropy’s latest data, 24/7 Wall St. reviewed the most and least generous states in the country.

The states that give the most appear to have more residents in need. Seven of the 10 most charitable states also have among the 10-highest proportions of families living below the poverty level. In Mississippi, where the median charitable donation was 7.2% of discretionary income — the second-highest in the country — nearly 20% of families live below the poverty line, the nation’s highest rate.

The presence of very high-income households appeared to reduce the percent of discretionary income residents gave. Only one of the 20 states with the largest proportion of residents earning $200,000 or more were among the 10 most generous states. This makes sense, explained Peter Panepento, assistant managing editor of The Chronicle of Philanthropy, in an interview with 24/7 Wall St. He explained that “Those who are at the higher income levels give more money, but they tend to give at a lower percentage of their income because their incomes are so much higher.”

However, the wealthy are more likely to make charitable donations when exposed to poverty. According to an earlier study conducted by The Chronicle of Philanthropy, households that earned more than $200,000 a year gave on average 4.2% of their median discretionary income. But when those wealthy households lived in highly concentrated areas of wealthy people, where more than 40% of the zipcode earned more than $200,000 a year, they gave only 2.8%. “So,” Panepento explained, “there’s some thought that the more you’re exposed to the needs of your community, the more compelled you are to give.”

The presence of religion appeared to have the strongest relationship to charitable donations. Of the 10 states that gave the most, eight were among the 10 states with the highest percentage of residents reporting going to church, synagogue, or mosque on a weekly basis, based on a Gallup survey. The reverse was true of the least charitable states. New Hampshire, the state that gave the least, also had the lowest percentage of residents reporting attending religious services. Panepento explained that this “was particularly the case in Utah, where the Mormon church is a major force, and where tithing is a big part of that state’s culture.”

The Chronicle of Philanthropy measured charitable giving by households that earned more than $50,000 in 2008. The group calculated how much discretionary income those households had, based on income, taxes and the cost of living in the state. They then compared discretionary income to the median charitable donation, to determine how much residents donated relative to how much they could afford. In addition to these data, 24/7 Wall St. reviewed median household income, the percent of families living below the poverty line and the percent of households earning more than $200,000 from the U.S. Census Bureau. We relied on a 2009 Gallup survey for the percent of residents in each state that attended a religious service on a weekly basis. The percentage of 2010 tax filers who reported a charitable donation was obtained from the Internal Revenue Service.

These are America’s Most (and Least) Generous States