Countries Where Climate Change Kills the Most People 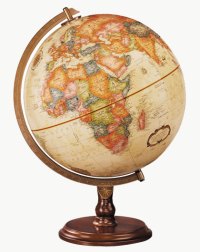 Global climate change and pollution from the use of fossil fuels killed nearly 5 million people around the world in 2010, according to a report released last week by climate change advocacy group DARA. By 2030, this figure will rise to nearly 6 million deaths, the group’s second annual climate vulnerability monitor estimates. Total global costs, which were estimated at more than $600 billion in 2010, are expected to rise to $4.35 trillion by 2030.

Read: Countries Where Climate Change Kills the Most People

Of the 4.95 million people who died in 2010 as a result of pollution and climate change, 3.49 million were located in just 10 countries. These nations, primarily highly populated developing African and Asian countries, stand to lose between 0.8% and 7% of their gross domestic product in 2030 because of these factors.

Factors identified by the study as major causes of death in these countries include environmental disasters, disease, extreme heat and cold, and famine. Pollution and indoor smoke, both caused by global reliance on fossil fuels, also account for hundreds of thousands of deaths each year. Based on DARA’s report, 24/7 Wall St. identified, the 10 countries where global warming kills the most people.

The 10 nations include South and Southeast asian countries of India, Indonesia, Bangladesh, China and Pakistan, as well as several of the largest African nations. They are developing countries, struggling with widespread disease, famine and heat- and cold-related illnesses — all of which, according to DARA, are exacerbated by climate change.

According to the report, as nations like China continue to develop, some of the damage due to global warming will be mitigated. Despite a growing population and worsening climate conditions, China is estimated to have the same number of deaths due to climate change and pollution in 2030 as it had in 2010. However, in slower-developing nations such as India and Pakistan, the number of deaths will rise by 50% or more. In Pakistan, it will more than double to 250,000.

Further, the report notes that those nations that are responsible for the vast majority of global climate change are the ones that are suffering — and will continue to suffer — the least. In 2010, more than 82% of the worldwide costs due to climate change were incurred by developing countries. Meanwhile, 98% of all deaths were in developing countries, the vast majority of which were in low-emitting countries. Conversely, by 2030 just 1% of all deaths will be felt by the developed world, which is largely responsible for carbon emissions and climate change.

While developed nations are likely to remain much better off than developing nations without resources, this does not mean they do not feel the impact of climate change. The United States, one of the biggest emitters of carbon gases in the world, is indeed far from immune. In 2010, DARA estimates roughly 80,000 Americans died due to either climate change or pollution caused by the use of fossil fuels. The report also projects that the U.S. will lose more than 2% of its GDP by 2030.

Matthew McKinnon, head of DARA’s Climate Vulnerability Initiative and editor of the report, explained that the U.S. has already had a severe impact due to climate change. Elements already affecting the country include worsened drought, floods and tropical storms. McKinnon added that different types of disease-carrying mosquitoes are moving up from Mexico into parts of the U.S. that have not seen those insects before. He also mentioned the plight in Alaska, in which land that was once permanently frozen is now melting and the infrastructure that was built on it is in jeopardy. “The United States, frankly, it’s not an invulnerable country,” McKinnon said.

Based on estimates from DARA’s report, 24/7 Wall St. identified the 10 nations with the most deaths in 2010 estimated to be the result of either by climate change or pollution caused by the use of fossil fuels. We also included DARA estimates for the total number of people affected, namely, those that were injured but did not die due to each type of impact, as well as the total estimated costs in 2010 U.S. dollars as a percentage of GDP. 24/7 Wall St. reviewed additional data, including GDP, GDP per capita and life expectancy, provided by the World Bank for 2011 or the most recent available year.

These are the countries where climate change kills the most people.