10 Cities That Beat the Recession 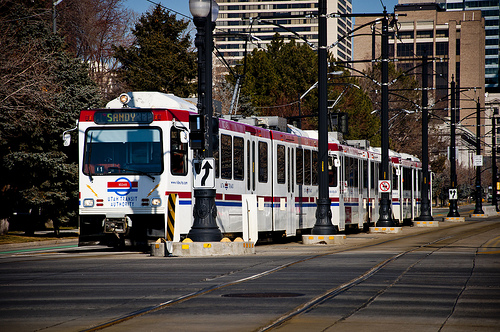 The economy is in the midst of a strange and slow recovery. This week, the S&P broke through its 2007 pre-recession high, and yet, only 14 major metropolitan areas have regained the jobs they lost during the recession.

The Brookings Metro Monitor reviews how much the 100 largest metropolitan areas declined during the recession, and how much they have recovered in key metrics — unemployment, home prices, employment and gross domestic product (GDP) — since their worst point. Some metro areas, including Portland, San Jose and Austin, have seen major economic growth since their bottom in the late 2000s. Based on Brookings Metro Monitor data for 2012, 24/7 Wall St. reviewed the 10 cities that have improved the most since the recession.

Click here to see the cities that beat the recession

The cities fall into two categories. In places like Houston and Austin, the local economy was not hit as hard as rest of the country. Often, the economy actually has returned to above pre-recession levels. In San Jose, for example, output is up 16.5%, compared to the city’s pre-recession peak. In Austin, employment is now 6.6% higher than its pre-recession high in 2006.

In other cities, recovery has been strong, with major gains in employment and housing prices, but the gains reflect a bounce from the declines during the recession. For example, in Bakersfield, Calif., home prices have increased substantially since their trough, but they still remain more than 50% below their pre-recession peak.

In an interview with 24/7 Wall St., Brookings senior research analyst Alec Friedhoff explained why this recovery is better in some areas. According to Friedhoff, one criticism of the pre-recession economy was that it relied on consumption, and not production or generating income from other domestic and international markets. Talking about San Joses, Portland and Austin “those are markets where skills are high and they produce goods that are highly tradable, where they produce goods beyond their small borders.”

For those metropolitan areas that have recently seen growth in construction and home prices, like Detroit (which ranked 11th for recovery) and Bakersfield, Friedhoff added, it is unclear whether their recovery will last, unless the nature of their economies change.

To determine the 10 metropolitan areas bouncing back from the recession, 24/7 Wall St. considered data published by the Brookings Institution for the most recent edition of its Metro Monitor. This index tracks quarterly data on four key indicators to determine economic improvement. Two of these, employment and gross domestic product, were provided to Brookings by Moody’s Analytics. Seasonally adjusted unemployment rates are from the Bureau of Labor Statistics. Data on home prices come from the Federal Housing Finance Agency’s Home Price Index, which Brookings adjusts for inflation.