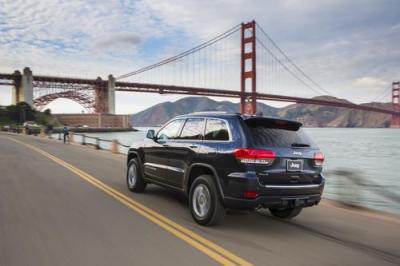 Source: Courtesy Chrysler Group LLC
In 2012, drivers filed just under 30,000 complaints about their cars with the National Highway Traffic Safety Administration (NHTSA). The complaints included problems with brakes, powertrains and every other part of the car imaginable.

Click here to see the cars with the most complaints

The most complained-about cars are not necessarily the least popular ones. They include some of the most-purchased cars in America and some of the least. Dodge and Nissan, which sold more than 5 million vehicles from 2005 through 2012, had the fifth and sixth most complaints per 100,000 vehicles sold. Other makes with a high number of complaints per vehicle, like Mini, sell less than 100,000 units per year.

For many of the cars that received the most complaints, the issues may be affecting customer loyalty. For the five worst-performing brands on our list — Chrysler, Dodge, Jeep, Mini and Smart — less than one-third of car owners purchased the same brand again. The top car brands for customer loyalty retain 45% to as much as 60% of their customers.

In most instances, the number of complaints in 2012 rose compared to previous years. For example, 4,958 complaints were lodged against Ford Motor Co. (NYSE: F) vehicles, much higher than the 3,395 annual average of complaints between 2008 and 2012.

It is important to note, however, that vehicle sales also have increased sizably in the past several years. In 2009, Ford sold just over 1.4 million vehicles. The number of vehicles Ford sold in each of the years after rose, reaching almost 2.2 million by 2012. Similarly, for General Motors Co.’s (NYSE: GM) Chevrolet, sales have risen from 1.3 million in 2009 to more than to 1.8 million in 2012.

To determine the 10 car brands with the most complaints, 24/7 Wall St. reviewed sales figures and information on complaint submissions to the NHTSA published by Edmunds.com for the year 2012. We then calculated the complaints made in 2012 per 100,000 vehicles sold by brand between 2005 and 2012. Makes were excluded from the list if complaints figures were not available or if the car brand was no longer actively manufactured and sold in the United States — eliminating makers such as Mercury and Saturn. References to the most complained about model are only in reference to complaints made in February 2013. Loyalty figures, which represent the percentage of drivers turning in a car who intend to buy a new vehicle from the same make, were also provided by Edmunds.com for 2012.

These are the cars with the most safety complaints.

Is Ford Back on Track After This Q3 Earnings Beat?