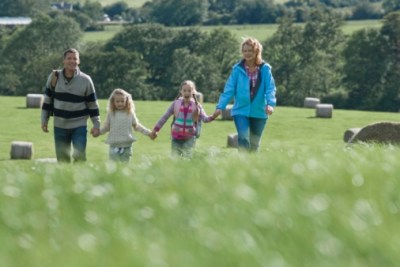 Source: Thinkstock
Switzerland’s residents are the most satisfied with their lives for the second consecutive year, according to the Better Life Index released today. The study, published annually by the Organization for Economic Co-operation and Development (OECD), reported that United States failed to crack the top 10 for the fourth consecutive year, while neighbors Mexico and Canada did.

The Better Life Index rates the 34 OECD member nations, as well as Brazil and the Russian Federation, on 11 variables that contribute to a high quality of life, including income, education, housing, health, and life satisfaction. 24/7 Wall St. reviewed the 11 countries with the highest life satisfaction score.

Click here to see the happiest countries in the world

One of the most important factors contributing to higher life evaluations is the presence of healthy job market. Of the 11 nations with the highest levels of life satisfaction, nine were among the top 10 nations by employment rate, measured as the percentage of the working-age population that is employed.

According to Romina Boarini, head of monitoring well-being and progress, at the OECD, jobs provide financial security, but they also impact a person’s mental well-being. “When people lose jobs they don’t just lose a salary, they really lose out on their ability to be connected to society.”

Good health also contributes to life satisfaction. In eight of the 11 countries, a higher-than-average proportion of residents described their health as at least “good.” In Canada, 88% of respondents rated their health as “good” or better, well above the OECD-wide 69%. Life expectancies were also quite high in many of these nations. In Switzerland, the top-rated nation for life satisfaction, the average life expectancy was 82.8 years, the highest of any country reviewed by the OECD.

Boarini noted that low life satisfaction can also negatively effect health, telling 24/7 Wall St. that “There’s also a lot of evidence that when people are not very satisfied with their lives it has a negative impact on their health.”

Another factor that may contribute to residents’ life satisfaction scores in many of these nations is government spending, which includes transfer payments to citizens and purchases of goods and services. The governments of eight of the 11 top nations with the highest life satisfaction scores outspent the U.S., as a percentage of GDP, in 2013. Similarly, most spent more than the OECD average of 41.7% of GDP.

In the U.S., life satisfaction continued to drop, from 14th in last year’s report to 17th in this year’s report. This is despite the fact the U.S. led all nations in both disposable income and household net wealth per capita. One reason, Boarini highlighted, was that inequality remained pervasive in the United States. “We do know the more unequally the income is distributed the lower the life satisfaction.” In fact, according to OECD statistics, the U.S. has a higher Gini coefficient — which measures the degree of income inequality in a country after accounting for taxes and transfer payments — than all but a few member nations.

Given how well the country scores in these measures, it is clear that life satisfaction cannot be explained just by considering job opportunities and health. For example, Mexico had extremely low scores in safety, environment, jobs, and health, but still was one of the top-rated nations for life satisfaction. Boarini highlighted this disparity as well, explaining that, despite the nation’s problems “when you actually contrast that to what people are reporting they actually perform very well.” She also noted that income inequality had declined, which could explain why life satisfaction has improved. “The country has become a little more egalitarian.”

Based on figures published by the OECD as part of its annual Better Life Index, 24/7 Wall St. reviewed the 30 variables measured for each of the member nations and participating countries. The variables, in turn, make up 11 categories that together constitute the Better Life Index: housing, income, jobs, community, education, the environment, civic engagement, health, life satisfaction, safety and work-life balance. Figures used to calculate the Better Life Index and its components are from different years, and the values for individual nations represent the most current data available. Government outlays are from the November 2013 release of the OECD’s Economic Outlook. Unemployment rates and life expectancy at birth which measures income inequality after taxes and transfer payments, for each country, were also based on data from the OECD.