States With the Most Big Spenders 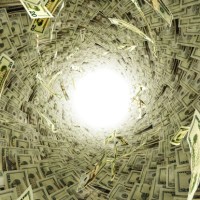 Consumer spending habits reflect the financial health of the nation’s households, yet vary widely across the United States. In 2012, Americans spent $35,498 per capita, a 3.3% increase from the year before when Americans spent $34,356 on average.

According to data released by the Bureau of Economic Analysis (BEA), Mississippi residents spent $27,406 per capita — the lowest in the nation — and Massachusetts reported the highest expenditure, at $47,308 per capita in 2012. These are the states spending the most and least per capita.

Click here to see the states with the most big spenders

Click here to see the states with the fewest big spenders

As might be expected, income is a major driver of spending power. With the exception of Hawaii and Utah, median household incomes in all of the lowest-spending states were well below the national median of $51,371. Households in the highest-spending states, on the other hand, all had among the highest incomes. In terms of personal income per capita, residents in every low-spending state, except for Hawaii, earned less than the average American, while residents in all of the highest-spending states earned among the most in the nation. Speaking with 24/7 Wall St., Barry Bosworth, Senior Fellow at the Brookings Institution, confirmed that “states that have higher incomes definitely have higher levels of consumption.”

Consumers save what they do not spend. The savings rate, or consumption-to-personal-income ratio, varied widely between the states. Residents in half of the highest-spending states spent a smaller percentage of their income than the national rate of 81%. But, as Bosworth noted, “Americans never lack for incentives to spend whatever they have.” In fact, people in seven of the lowest-spending states actually spent a greater percentage of their incomes than average Americans.

The high level of consumption in America also makes it difficult to get an accurate picture of spending habits. “Nobody can remember how they spent their money,” Bosworth said. In wealthy countries like the U.S., there are simply too many ways to spend money to accurately measure.

High spending is closely tied to housing costs, which are largely made up of mortgage payments. In the states spending the most, residents paid an average of $44,824 on their mortgages in 2012. By contrast, residents in the 10 lowest-spending states paid just over $16,000 for housing. Bosworth noted that housing tends to be such a distinguishing feature because higher-income Americans purchase more valuable homes, “and hence the consumption shows up as being higher in turn.”

There is also a clear relationship between people’s spending habits and their level of education. Six of the states that spent the least also had the lowest percentage of residents with at least a bachelor’s degree. Among the states that spent the most, seven had the highest educational attainment rates in the country. “The strongest driver of people’s income is their education,” Bosworth said, highlighting the link between current levels of educational attainment and economic mobility across generations. In turn, he added, “people with high income tend to ensure their children have a lot of education.”

This may partly explain why levels of spending have been fairly steady in each of these states. All of the lowest-spending states have remained among the lowest spenders since 1997, the earliest year for which data is available. The same is true for the highest-spending states, with the exception of North Dakota, which spent less than the national rate every year until around 2008, when spending began to increase dramatically due to the oil boom in the region.

Based on personal consumption expenditure (PCE) data recently released by the BEA, 24/7 Wall St. assessed the states that spent the most and the least. In addition to out-of-pocket household expenditures, PCE data also reflect expenditures by businesses, state and local governments, government enterprises, and nonprofit institutions serving households for each year between 1997 and 2012. PCE data are not adjusted for cost of living or inflation. We also looked at unemployment rates from the Bureau of Labor Statistics. Education attainment rates and median household income levels are from the U.S. Census Bureau. Also from the BEA, we looked at personal income, which includes all income received by state residents but does not include personal income taxes. The ratio between personal consumption expenditure and income refers to personal income, not household median income, and is effectively the savings rate.

These are the states with the most (and fewest) big spenders.