The Best (and Worst) Countries to Grow Old In 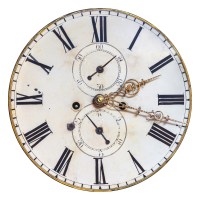 HelpAge International’s “Global AgeWatch 2014 Index” ranked the social and economic well-being of older residents in 96 countries. The report rated each country on four broad factors important to an aging population: supporting income security, fostering good health, employment and education, and the overall environment for older residents.. Norway was rated as the best country for older people to live in, bypassing Sweden, last year’s top-rated country. Meanwhile, Afghanistan was rated the worst country for older people for the second consecutive year.

Click here to see the best countries to grow old in

Click here to see the worst countries to grow old in

However, Kate Bunting, CEO of HelpAge USA, told 24/7 Wall St. that being a wealthy nation alone is not enough for a country to rate well. “We focus on a multidimensional look at being older,” Bunting said. The ability of older people to continue working and ensuring that they do not feel socially isolated are examples of important factors not necessarily captured by GDP, Bunting added. Despite the challenges of crafting policies to help an older population, “We feel that global aging is really a triumph of development.”

Wide-ranging pension coverage is one factor that can help the elderly population of a country. In many of the 10 highest-rated countries, 100% of the population 65 and over receives a pension. According to HelpAge International, only half of the global population can expect to receive a pension of any kind in old age.

Providing for older residents’ long-term health is also a critical factor in a country’s ranking. In each of the top 10 countries to grow old in, a resident who is 60 years old can expect to live at least another 23 years, on average. However, in all of the worst countries to grow old in, the average life expectancy for a 60 year old resident is less than 20 years, with four of these nations reporting average life expectancies at 60 of just 16 years.

An aging global population creates new challenges — and opportunities — for policy makers. According to Bunting, “We can start thinking about this as an opportunity for us to think globally about the kinds of policies we need in place in order for people … to age comfortably.”

Within the specific context of the United States, which ranked as the eighth best country to grow old in, improving access to health care is an important challenge. Additionally, while the U.S. has a strong social protection system, in the form of Social Security, “there are still challenges with that system,” Bunting said. The poverty rate among the American elderly is also an issue of concern.

To identify the best and worst countries to grow old in, 24/7 Wall St. reviewed HelpAge International’s 2014 Global AgeWatch Index of 96 countries. Each country was graded based on four measures: income security, health status, employment and education, and the overall environment for older residents. All data are for the most recent available period at the time the report was put together. We also reviewed figures from the IMF for population, inflation, debt, and other economic variables.

These are the best (and worst) countries to grow old in.