Companies Cutting the Most Jobs 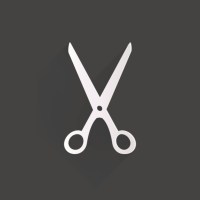 Planned job cuts among U.S. companies in 2014 totaled 450,531 through November, down 5.8% compared to the same period in 2013. According to global outplacement firm Challenger, Gray & Christmas, this was the lowest count of year-end job cut announcements since 1997.

No company announced more layoffs in 2014 than Hewlett Packard (NYSE: HPQ), which announced a total of 21,000 job cuts. Based on data from Challenger, Gray & Christmas, 24/7 Wall St. reviewed the companies that planned the most job cuts last year.

Click here to see the companies cutting the most jobs.

In some cases, companies shed jobs in an effort to return to profitability or because they become insolvent. However, in an interview with 24/7 Wall St., Challenger, Gray & Christmas CEO John Challenger explained that this is not the case for most companies. Particularly in a strong economy, many companies are “doing regular strategic evaluation of their business looking for areas of redundancy, [and] looking for ways to make their organization a tighter ship.”

Technology companies were the largest downsizers last year with several long-time stalwarts leading the way. Hewlett-Packard, Microsoft (NASDAQ: MSFT), and Cisco Systems (NASDAQ: CSCO) announced the most job cuts, not only among tech companies, but also overall. The industry as a whole announced more than 58,000 job cuts in 2014, the highest number among all industries. According to Challenger, “technology is a particularly volatile sector in our economy [because] products become obsolete more quickly than they do in some other industries that are slower, safer, and have less opportunity.”

The industry with the second largest planned layoffs in 2014 was retail, with nearly 42,000 job cuts announced. This figure is actually down from 2013, despite layoffs at Sears (NASDAQ: SHLD), as well as Coldwater Creek, which declared bankruptcy in April. Financial companies, too, were among the top companies cutting jobs. JPMorgan Chase (NYSE: JPM), for example, was among the 10 companies with the most planned layoffs in 2014.

One factor that often drives job cuts is industry evolution. According to Challenger, this is especially true in the retail sector. “It’s an area of low margins and fierce competition and technology is making a big difference in how consumers are coming to stores,” Challenger said. Retailers are making cuts, he explained, as a result of the changing retail landscape, especially the fact that more shopping is done online.

Other companies cut jobs in an effort to continue to stay competitive. Shareholders invest in companies that they hope will generate higher returns than other companies. In order to provide such returns, companies often restructure their operations to trim costs and increase profits, which can lead to layoffs. Sears Holdings, which has been reporting declining sales and consistent losses in recent years, is undergoing one of the most dramatic such restructurings. CEO Eddie Lampert set up a Real Estate Investment Trust (REIT) to buy Sears stores and lease them back to the company and others. This raised the company’s stock price considerably despite the fact Sears is still losing money.

Challenger Gray & Christmas provided 24/7 Wall St. with all job cut announcements affecting at least 500 positions through 2015. 24/7 Wall St. combined the planned cuts by company to identify the companies that announced the most job cuts last year. We only considered publicly traded American companies. However, job cuts did not need to be entirely within the United States. Some cuts announced last year may not be completed until later this year. Consolidated revenues and employee totals are from each company’s most recent financial report filed with the Securities and Exchange Commission. If the company did not disclose global headcount for the quarter, figures from its last annual report were used. We relied in part on our previous analysis of Challenger Grey & Christmas data published September 25th. To the extent layoff figures were unchanged from that period, discussions of companies that also appeared in our earlier article were kept the same.

These are the 10 companies cutting the most jobs.