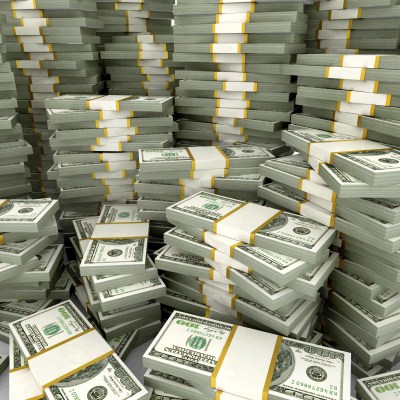 Source: Thinkstock
The nationwide median household income was $55,132 in June, according to Sentier Research. While incomes have risen slowly over the last several years, few families, and even fewer individuals, earn the coveted six-figure salary.

Each year, the Bureau of Labor Statistics (BLS) releases data on more than 1,000 occupations. As of 2014, only 38 occupations had and average annual salary of more than $100,000 — and the number of Americans employed in most of these occupations was not very high. Just 11 of these jobs employ more than 100,000 people. A typical human resources manager, the lowest paid worker on this list, earns $102,780 annually. By contrast, family and general practitioners have a median income of more than $180,000, making it the highest paid popular occupation in the country. Based on occupation data from the BLS, 24/7 Wall St. identified 11 jobs that pay Americans over $100,000.

Click here to see the jobs paying Americans the most.

Many of the most popular, high-paying jobs are managerial positions. These include financial, sales, marketing, human resources, computer and information systems, and architectural and engineering managers. Chief executives, who serve as the highest level of management in an organization, are also among the most popular six-figure jobs. Managers often have years of experience in their field and can oversee other employees, and their compensation is largely a reflection of this responsibility.

However, compensation is not exclusively tied to managerial responsibilities. Typical pay for many popular jobs has increased substantially due to social, demographic, and economic changes. As the population ages and requires more medical treatment and prescription drugs, the employment of family and general practitioners and pharmacists is expected to increase. Salaries largely mirror this trend. From 2005 through 2014, the median salary of these occupations increased by roughly 30%, while salaries for all jobs increased 20.8%.

The salaries of other high-paying occupations reflect the extent to which these jobs contribute to company profits. Marketing and sales managers, for example, are critical for a company to grow its sales and develop marketing strategies suitable to the ever-changing technological environment.

Workers in some of these six-figure-paying jobs are paid well because of the level of education, training, and certification required to practice in their field. Lawyers, for example, typically spend three years in law school and must pass their state’s bar exam in order to practice law. Similarly, doctors and pharmacists must hold advanced degrees. And while other jobs may not require additional certification, many employed in those occupations hold master’s degrees or other advanced certification.

To determine the 11 jobs paying Americans more than $100,000, 24/7 Wall St. reviewed all occupations with more than 100,000 workers from the Bureau of Labor Statistics’ (BLS) Occupational Employment Statistics division. We did not consider catch-all occupations such as “education administrators, all other.” From the BLS’ Employment Projections division, we examined the education requirements, job training, and employment projections from 2012 through 2022 for each occupation. A description of each job came from the Occupational Outlook Handbook, which is maintained by the BLS.