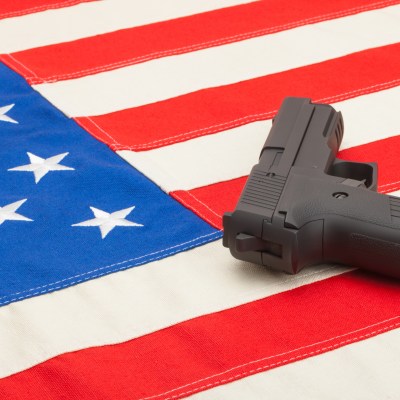 Though the decline in violent crime nationwide has made the country safer, a number of American cities are still especially dangerous. By examining the incidence of violent crime in the nation’s largest cities, 24/7 Wall St. identified the most dangerous cities in America.

The nation’s largest cities each employ thousands of often-well-equipped police officers. Nearly 50,000 police work in New York City. According to John Roman, senior fellow at the Urban Institute, a social policy research think tank, effective policing can help reduce crime, but “it doesn’t move the dial an enormous amount.” For Roman, poor social and economic conditions are the drivers of crime and significant change comes by creating the conditions for economic opportunity.

“When you have cities where the schools aren’t good [and] the job prospects are bad, you almost always tend to have greater crime,” Roman said.

According to Roman, “It’s a classic tale of disadvantage. When you have people who don’t have a lot of opportunity, they tend to gravitate towards crime in ways that people with more opportunity don’t.”

The FBI crime figures provide data only on reported crimes. As Roman explained, crime is underreported everywhere. Cultural differences between cities largely determine how crime is reported. “The relationship between the citizenry and the police,” Roman said, “matters a lot in terms of how much crime gets reported.” In some cities, “where citizens don’t view the police as legitimate,” crimes are much less likely to be reported.

Still, Roman suggested that comparison in violent crime trends is useful. Since reporting of homicides and violent crimes tends not to change, ”you get the same kind of rate of reporting every year, so the trend is actually meaningful.”

To identify the most dangerous cities in America, 24/7 Wall St. reviewed violent crime rates among the nation’s cities with populations of 100,000 or more from the FBI’s 2014 Uniform Crime Report. Property crime rates also came from the FBI’s report. The data were broken into eight types of crime. Violent crime comprises murder and nonnegligent manslaughter, rape, robbery, and aggravated assault. Property crime consists of burglary, arson, larceny, and motor vehicle theft. In addition to crime data, we also reviewed median household income, poverty rates, and educational attainment rates from the 2014 Census Bureau’s American Community Survey as well as unemployment data from the Bureau of Labor Statistics.

These are the nation’s most dangerous cities.