States With the Widest Gap Between Rich and Poor 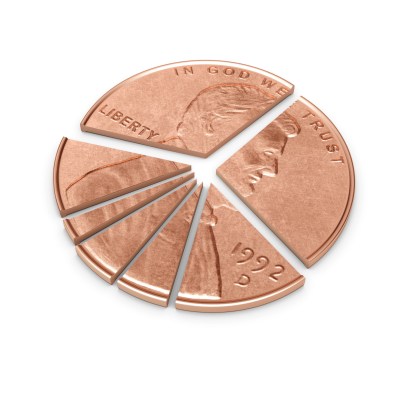 Wages for the wealthiest 1% of Americans more than doubled between 1979 and 2011. Wages for the median U.S. worker, by contrast, increased just 6% over that period. The gap between the rich and poor jumped dramatically in the 1980s, and the problem of income inequality has continued to grow since then, making upward mobility increasingly difficult for low-income Americans.

In some parts of the United States, income inequality is especially high. Based on the Gini coefficient, a widely used measure of income inequality, 24/7 Wall St. reviewed the 10 states with the widest gaps between the rich and the poor.

Click here to see the states with the widest gap between the rich and poor.

The coefficient is scaled from 0 to 1, where a 0 represents equal incomes among all people, and a 1 represents complete inequality — all the income in the hands of a single person.

Nationwide, 3.1% of income earned annually goes to the poorest 20% of people, while 51.4% is earned by the richest 20%. Incomes are even more concentrated in the states with the highest income inequality. In New York and Connecticut — the first and second worst states for income distribution — more than one-quarter of all income was held by the richest 5% of state households.

Disparate incomes may only be part of the picture. Wealth — the value of property and financial assets — is considerably more concentrated than income. According to the Center for Budget and Priorities (CBPP), a government policy research institute, over half of all wealth in the United States belongs to the top 3% of earners.

Similarly, according to the Federal Reserve Board’s Survey of Consumer Finances (SFC), The net worth of American families earning the least declined between 2010 and 2013. Families in the wealthiest half of the spectrum, on the other hand, had modest gains.

The reason for this, the SFC explained, is the disparate investment profiles among wealthier and poorer Americans — and in the different growth rate of these investments. For many Americans, housing is the largest — and at times the only — investment, but housing prices grew at a rather slow pace from 2010 to 2013, especially when compared to the stock market. Wealthier Americans, on the other hand, also tend to invest in corporate equity, and the value of such holdings grew at a much faster clip than housing during that time.

Income gaps are widening much faster in some of the worst states for income inequality than across the nation. In Connecticut, for example, the average household income in the lowest quintile shrank, versus the growth of 6.6% among poorer households nationwide. The wealthiest quintile, on the other hand, got richer faster than their nationwide peers. In other states, however, despite leading the nation in poor income distribution, inequality did not necessarily increase faster than it did nationwide.

To identify the states with the worst income inequality, 24/7 Wall St. reviewed the Gini coefficient in each state from the U.S. Census Bureau’s 2014 American Community Survey (ACS). The Gini coefficient reflects the degree to which an area’s incomes deviate from a perfectly equal income distribution. The coefficient is scaled from 0 to 1, where a 0 represents equal incomes among all people, and a 1 represents complete inequality — all the income in the hands of a single person. We also utilized ACS data on poverty rates, income distribution among households, the percentage of households receiving SNAP benefits/food stamps, and the percentage of each state’s employed population working in a each industry. Figures for average annual unemployment and the percentage of hourly workers earning the minimum wage or less are from the Bureau of Labor Statistics (BLS) for 2014.

These are the states with the widest gaps between the rich and poor.