The Best (and Worst) Countries to Grow Old 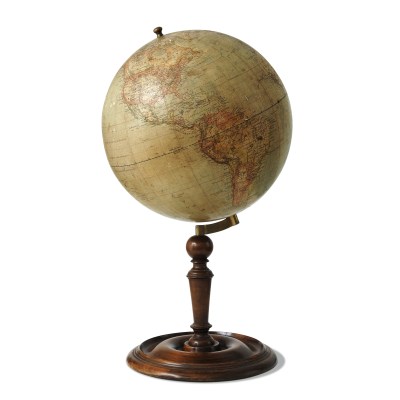 Source: thinkstock.com
For the first time in history, most people in the world can expect to live past 60 years old. Life expectancy is rising around the globe, and many countries are bracing for dramatic increases in the size of their elderly populations. There are 66.5 million elderly U.S. residents, and as in many other wealthy nations, the number is expected to increase considerably over the next several decades. The world’s 60 and over population is expected to more than double by 2050.

International NGO and advocacy group HelpAge International’s Global AgeWatch 2015 Index ranked the social and economic well-being of older residents in 96 countries, which combined represent more than 91% of the world’s population. The report rated each country on four broad factors important to an aging population: income security, good health, employment and education, and the overall environment of older residents. Switzerland ranked as the best country for older people to live in, bypassing Norway, last year’s top-rated country. Meanwhile, Afghanistan ranked as the worst country for older people for the third consecutive year.

According to Clare Woodford, health policy advisor at HelpAge International, older people are often neglected in one form or another, and often it is difficult even to collect data on living conditions among a country’s elderly population. “They are presented as almost invisible [and] a lot of the time we don’t know what their needs are,” Woodford said.

Click here to see the best countries in which to grow old.

Click here to see the worst countries in which to grow old.

According to the World Health Organization (WHO) World Report on Ageing and Health, the world’s rapidly growing aging population is poorly understood and underutilized — problems that arise even in the best countries for the elderly. “The loss of ability typically associated with ageing is only loosely related to a person’s chronological age,” the researchers said. “There is no ‘typical’ older person.”

As the WHO report, which Woodford described as very optimistic, argues, there may be alternatives to the traditional life trajectory embraced in most developed countries. According to surveys conducted in the United States, most Americans approaching traditional retirement age do not want to retire. As Woodford explained, providing adequate services and focusing on disease control are only the first steps. There is also the well-being of elderly people to consider, as well as opportunities for policymakers to develop new roles for aging populations.

Still, elderly people require more medical attention towards the end of life, and the question of who will take care of a country’s elderly population remains.

Caring for the elderly on a national scale requires a great deal of resources, and wealthier economies are better able to ensure services for the elderly. They are better able to provide not just health care and economic security, but also create positive environments where senior citizens can maintain their freedom, maintain meaningful relationships with friends and family, and find meaning through employment and education.

While a nation’s relative wealth is often a strong indicator that quality of life for the elderly will be better than in other countries, there is much to be improved upon even among the best-ranked nations, according to Woodford. For example, several of the top-ranked countries in the 2015 Global AgeWatch Index scored far outside of the top 10 for income security. The United States, for example, ranked 35th in pension coverage and has one of the higher poverty rates among the elderly of the nations reviewed.

While the nations with the highest quality of life for the elderly may have room for improvement, they are leagues above the nations at the other end of the spectrum — Afghanistan, Malawi, and the West Bank region — where the welfare of senior citizens seems more of an afterthought. “Those countries have experienced a lot of turbulence and a lot of economic change over few years, and in that sort of context, it is very difficult to provide services and support to older people,” Woodford said.

To identify the best and worst countries for the elderly, 24/7 Wall St. reviewed HelpAge International’s 2015 Global AgeWatch Index of 96 countries. Each country was graded based on four measures: income security, health status, employment and education, and the overall environment for older residents. All data are for the most recent available period at the time the report was published.

These are the best (and worst) countries in which to grow old.