Even as the nation’s population increased by 3.2% over the five years ending in 2015, violent crime fell by 0.7% over that period. In Milwaukee, however, although the population rose by just 0.5%, the number of violent crimes rose by 60.5% — from less than 6,000 incidents to more than 9,500. In just five years, the city moved from the 29th most dangerous city to the fifth most dangerous among major U.S. cities. A major driver of that increase was aggravated assault incidents — the number of aggravated assaults nearly doubled during that time.

Like many violent cities, Memphis’s economy is in poor shape. More than a quarter of city residents live below the poverty line, and the 7.3% unemployment rate in 2015 was 2 percentage points higher than national unemployment rate. 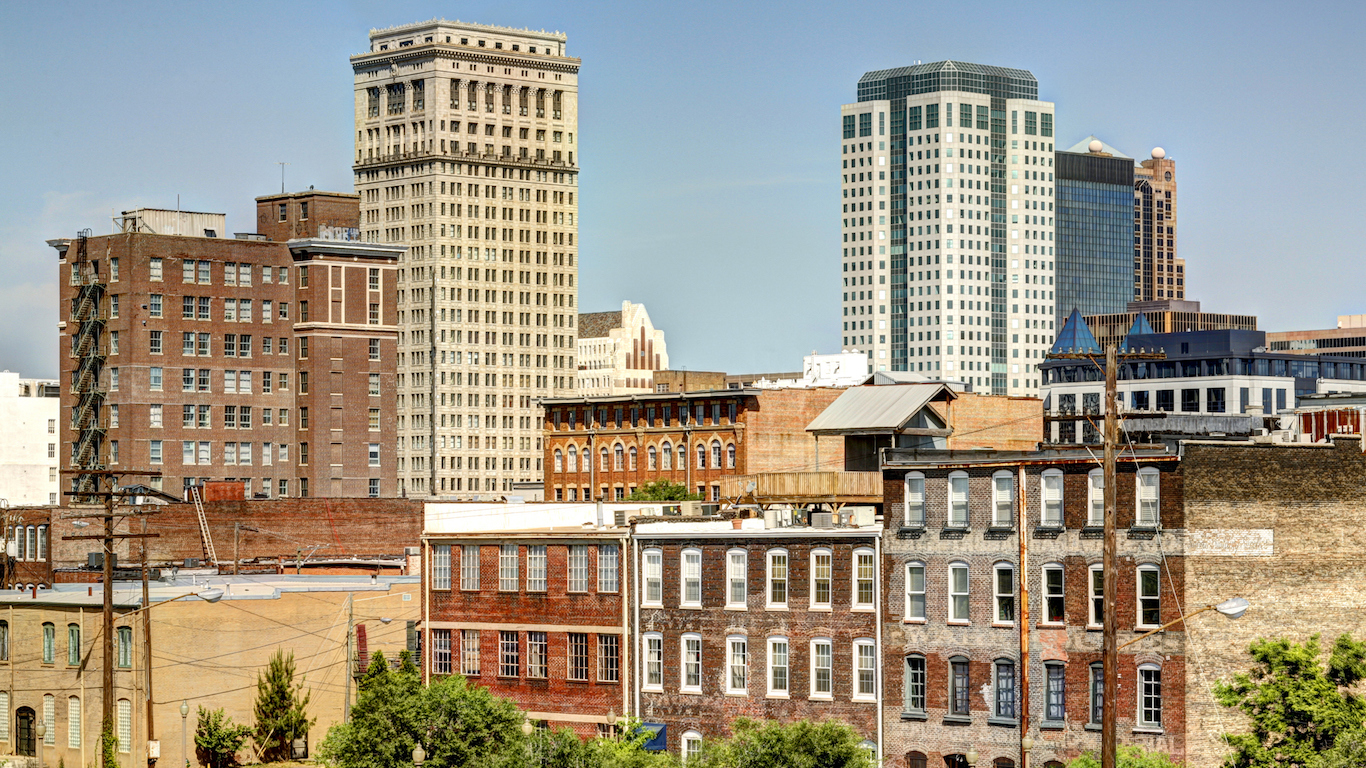 Violent crime in Birmingham, Alabama’s increased by 10% from 2014 and by 17.2% from 2011. As the third most violent city in the country, Birmingham’s murder, robbery, and aggravated assault rates are each among the top five of all major U.S. cities. As in many high crime areas, poverty is relatively common in Birmingham. Citywide, 31% of residents live in poverty, a higher poverty rate than that of all but a dozen other large U.S. cities. 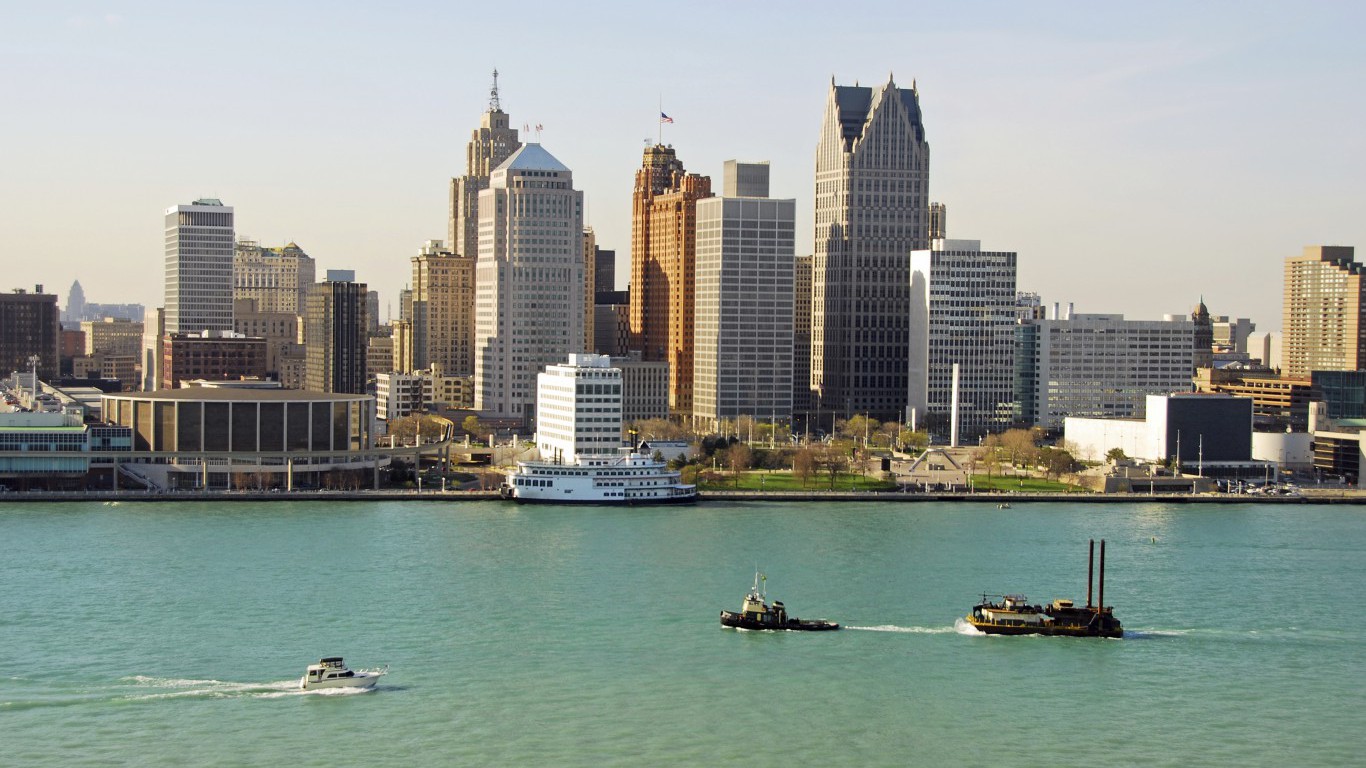 Detroit’s high violent crime rate is likely tied to the few opportunities the dismal economic climate provides. Nearly 40% of city residents live in poverty, and 12.4% of the workforce was unemployed as of 2015, each the highest share of any major U.S. city.