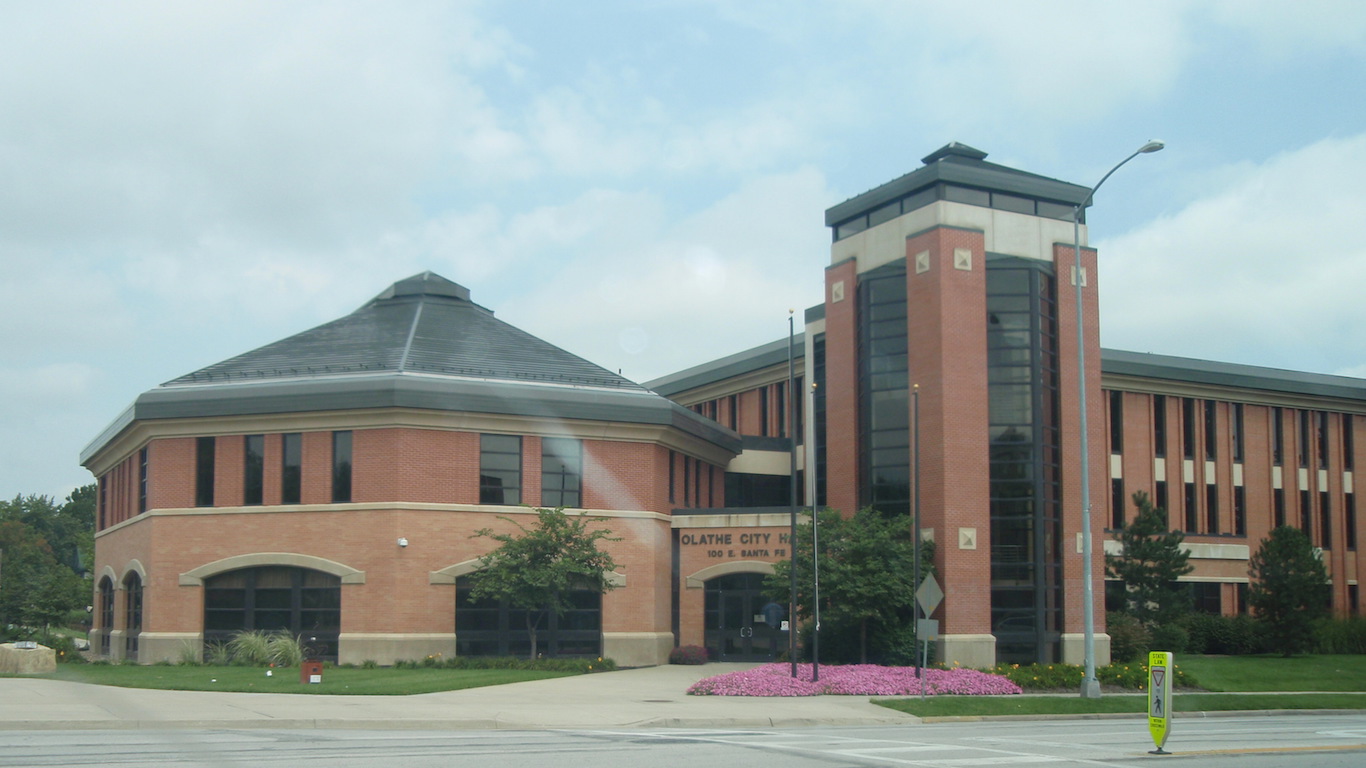 Crime is often less prevalent in cities with low poverty and unemployment, which could help explain why Olathe is one of the safest cities in the country. Just 7.4% of Olathe residents live in poverty and just 3.3% of workers are unemployed, far lower than the national poverty and unemployment rates of 15.6% and 5.3%, respectively. While Olathe is one of the safest cities, crime is on the rise. The number of violent crimes rose by 75.2% between in 2015, the sharpest increase of any U.S. city. 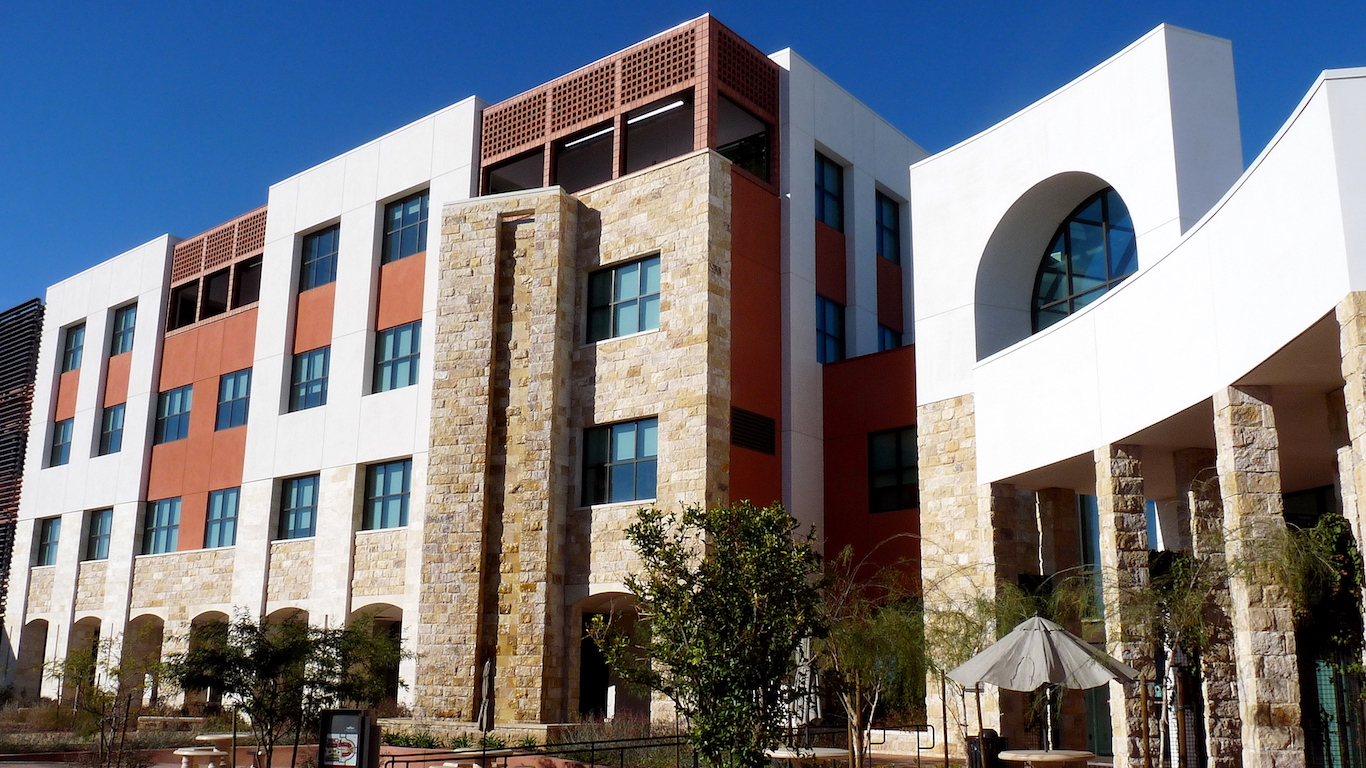 Just 131 violent crimes were reported per 100,000 Surprise residents in 2015, far fewer than the national rate of 373 violent crimes per 100,000 Americans. While Surprise remains one of the safest cities in the country, 2015 was far more dangerous than in the previous year. The 22.6% jump in the number of violent crimes, one of the sharpest increases of any U.S. city, was driven by greater numbers of rapes and aggravated assaults last year. 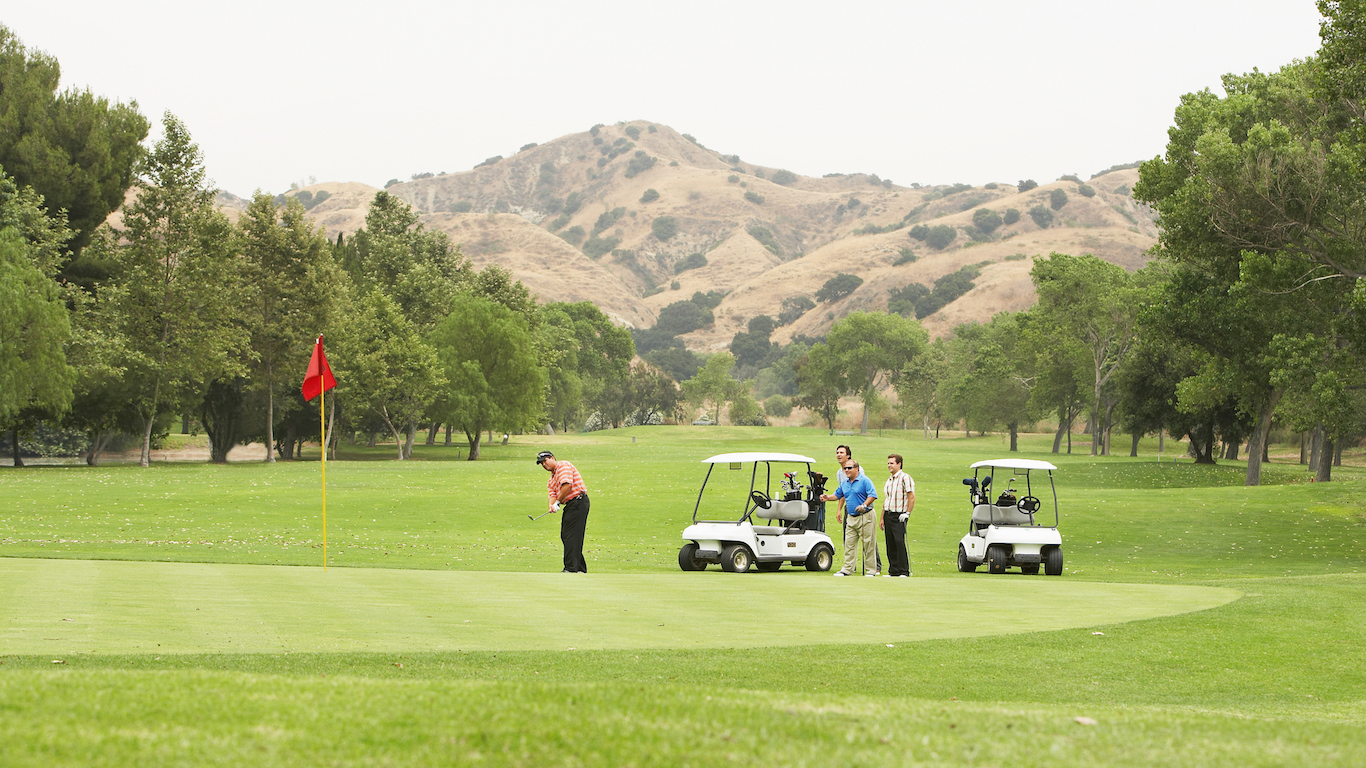 There were just 130 violent crimes per 100,000 Corona residents in 2015, much lower than the national crime rate of 373 per 100,000. While Corona is one of the safest cities in the country, crime has been on the rise. The number of violent crimes reported in the city rose by 24% last year, one of the sharpest increases of any major U.S. city. In response to the spike in crime, the Corona police department initiated an investigation into local gang activity earlier this year. In a single sweep of the city, the police department made 52 arrests and seized an estimated $1.6 million worth of drugs. 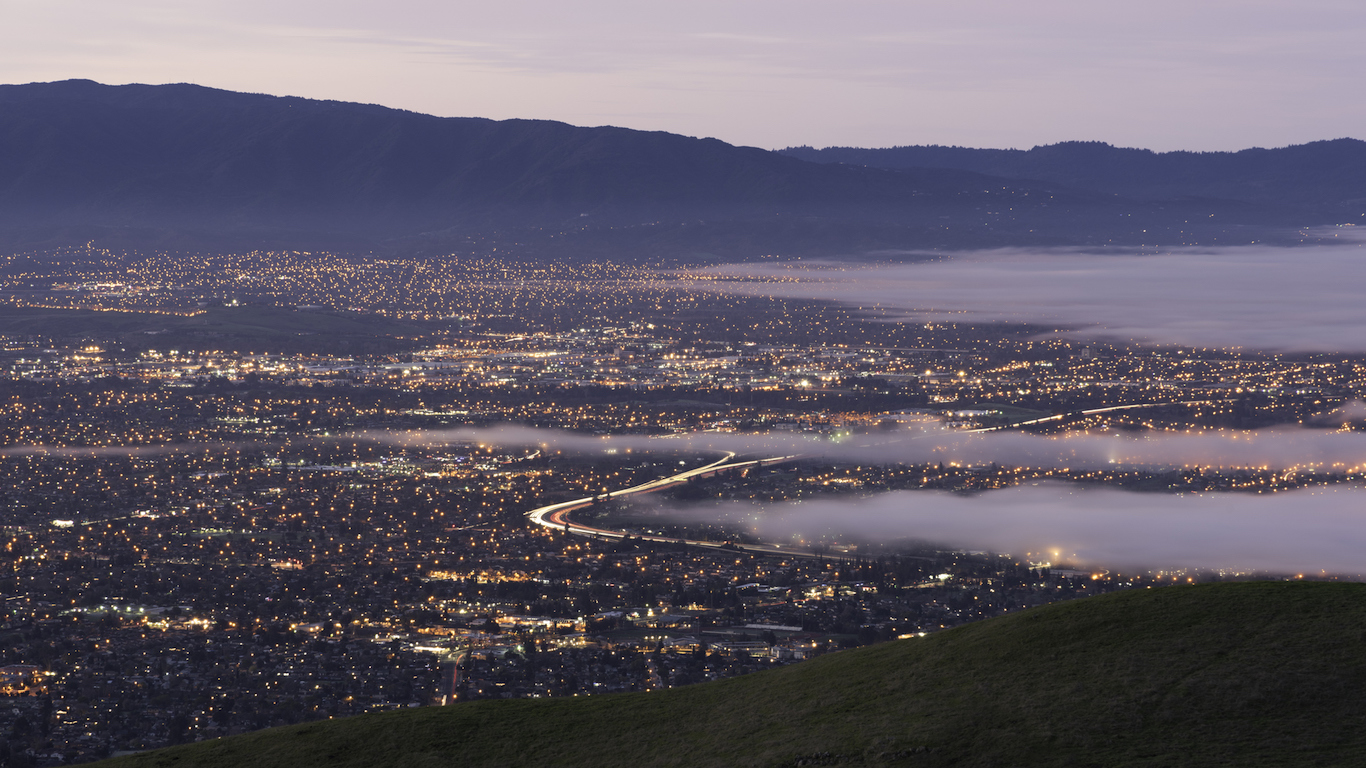 Just 126 violent crimes per 100,000 residents were reported in Santa Clara in 2015, among the lowest of any city in the country. Violent crime tends to be less common in wealthier areas, and the affluence of Santa Clara’s population may partially explain the city’s low crime rate. The typical household in Santa Clara earns $93,840 a year, the seventh highest median income of any large U.S. city. Also, Santa Clara’s low unemployment rate, at 3.7%, reflects a healthy job market. In such economic conditions, residents are less likely to turn to criminal activities out of necessity. 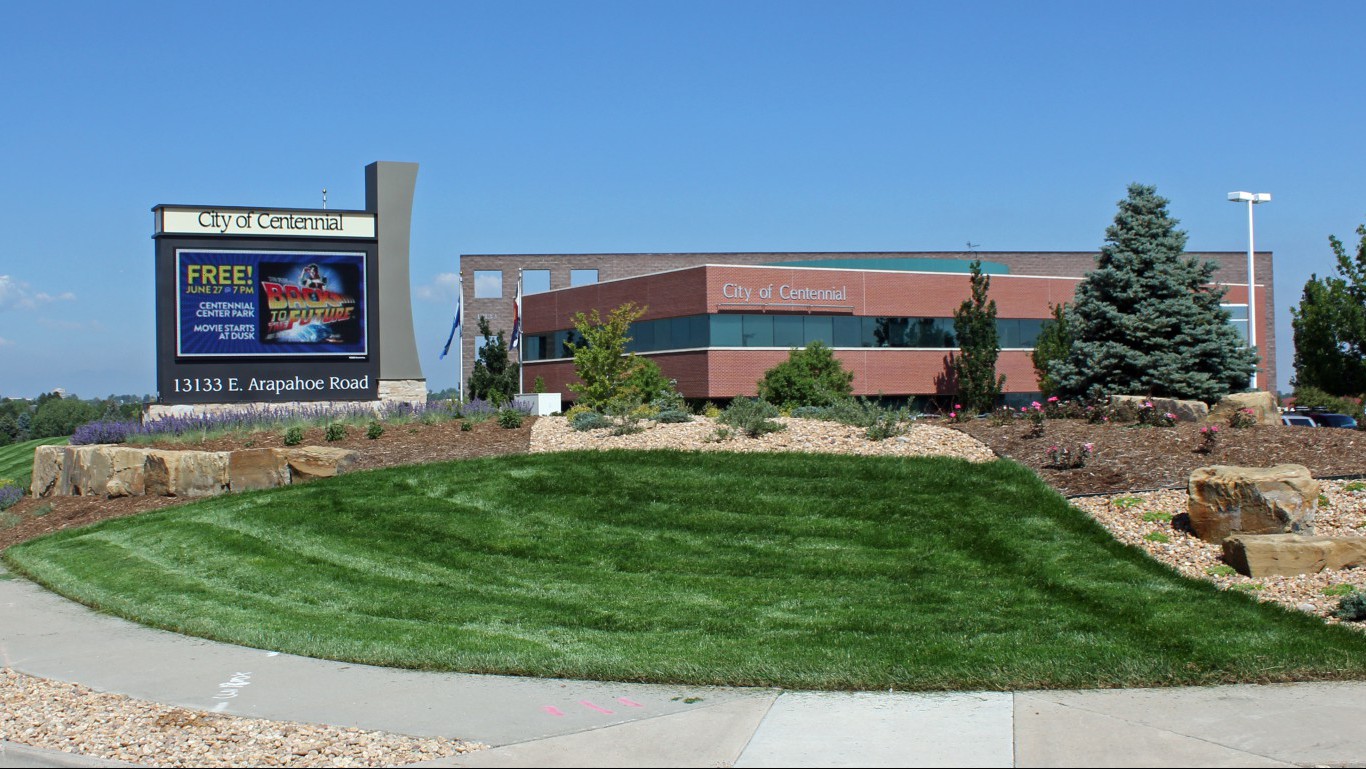 Crime tends to be less prevalent in areas with low poverty and low unemployment, as fewer crimes are committed out of financial necessity and more legal economic opportunities are available, for example. In Centennial, just 5.2% of residents live in poverty, and 3.6% of workers are unemployed, far lower than the national poverty and unemployment rates. Also, 97.4% of Centennial adults have at least a high school diploma, the largest share in the country. The high educational attainment rate likely helps keep unemployment low and therefore help keep crime levels also low.