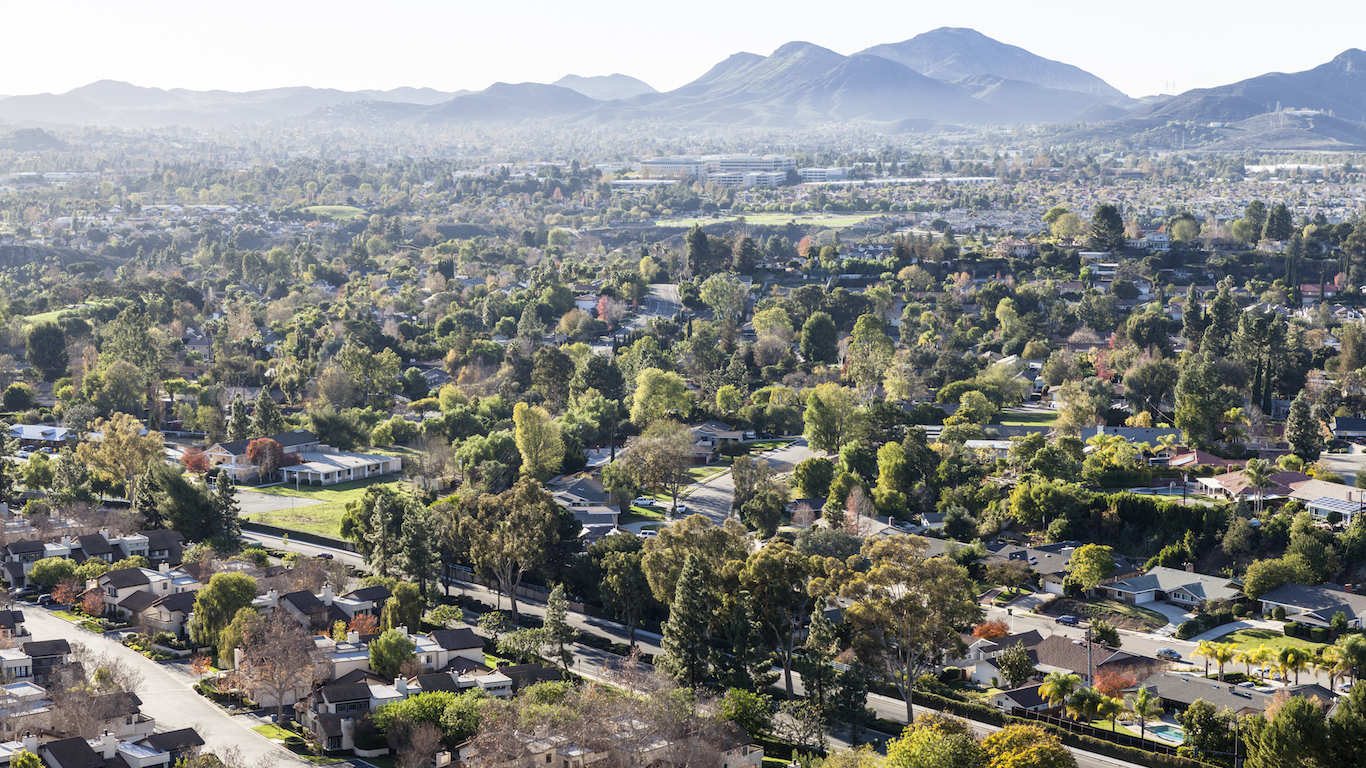 Crime is often less prevalent in high income areas, and the affluence of Thousand Oaks may partially explain the low level of violence in the city. The typical household in the city earns $99,115 a year, the fifth highest median income of any major U.S. city. Also, just 7.0% of residents live in poverty, less than half the 15.6% national poverty rate. Living in economically disadvantaged areas can strain relationships, lead to financial distress, and encourage illegal behavior. The absence of these factors has likely helped reduce violence in Thousand Oaks. 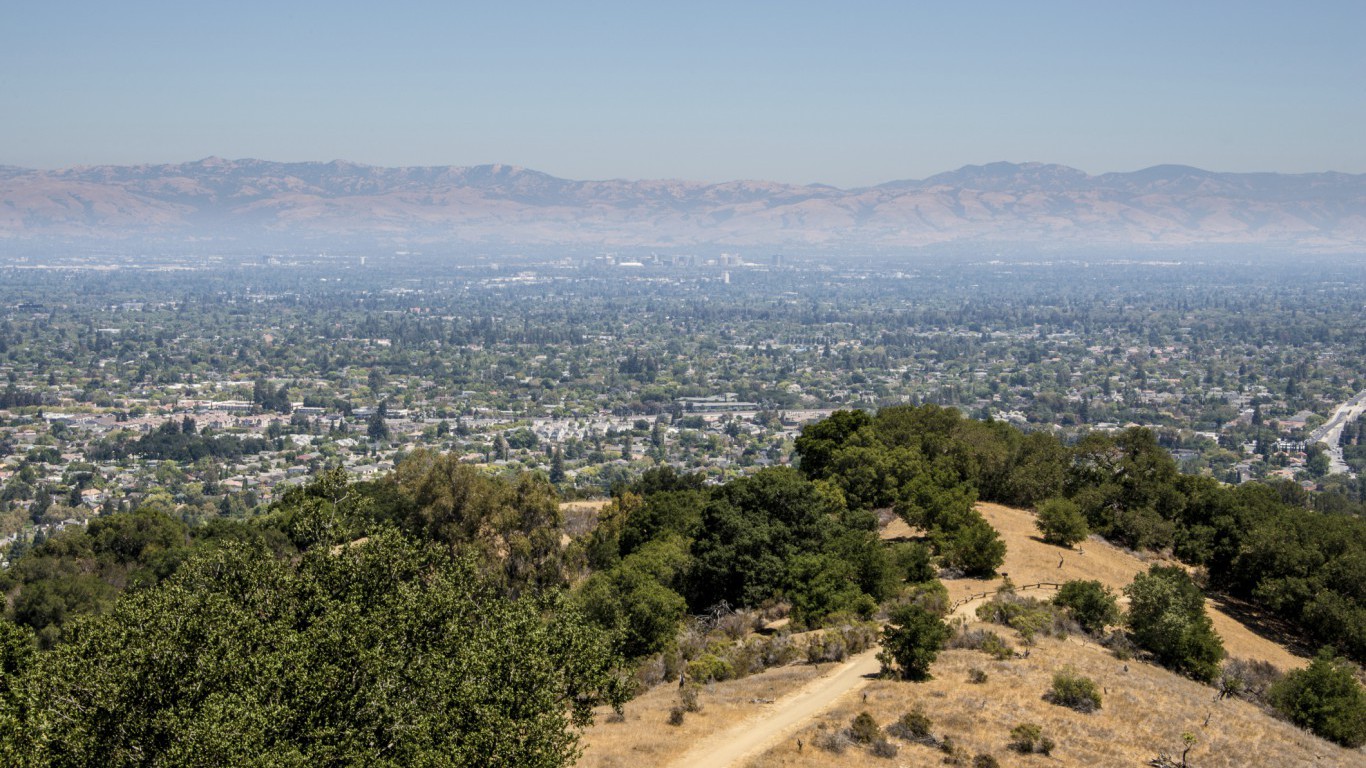 Sunnyvale is one of many California cities among the safest in the country. There were just 104 violent crimes per 100,000 Sunnyvale residents in 2015, among the lowest of any U.S. city. Crime is less common in wealthy areas where residents have access to a healthy job market. The typical Sunnyvale household earns $103,257 annually, nearly double the national median income. Similarly, just 3.7% of the Sunnyvale workforce is unemployed, one of the lower unemployment rates nationwide. 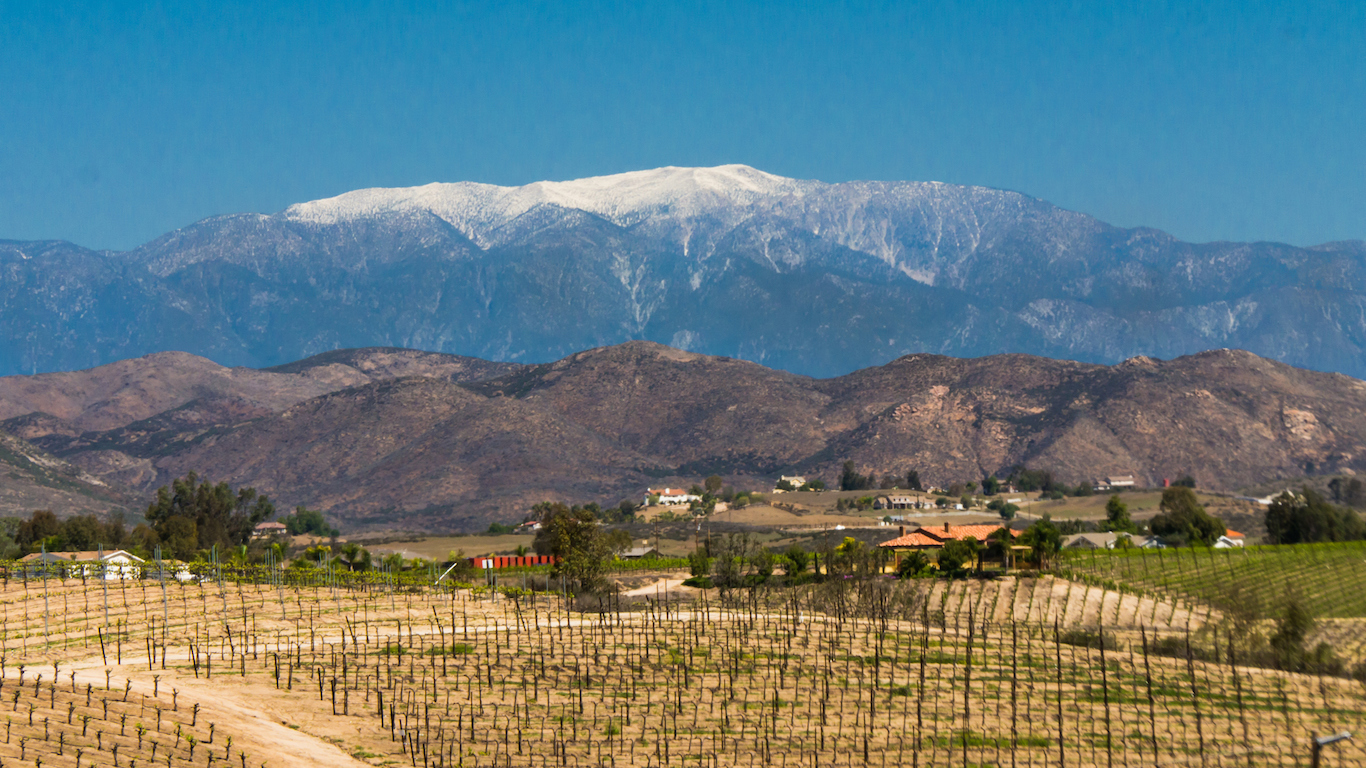 While Temecula is one of the safest places in the country, crime is on the rise. The number of violent crimes rose by 14% between last year, one of the sharper increases of any U.S. city. Like in many cities in California, the police department in Temecula has attributed the uptick in crime to California’s recent reductions of prison sentences for certain drug offenders. The number of property crimes — burglary, larceny, motor vehicle theft, and arson — in Temecula increased substantially in 2015. 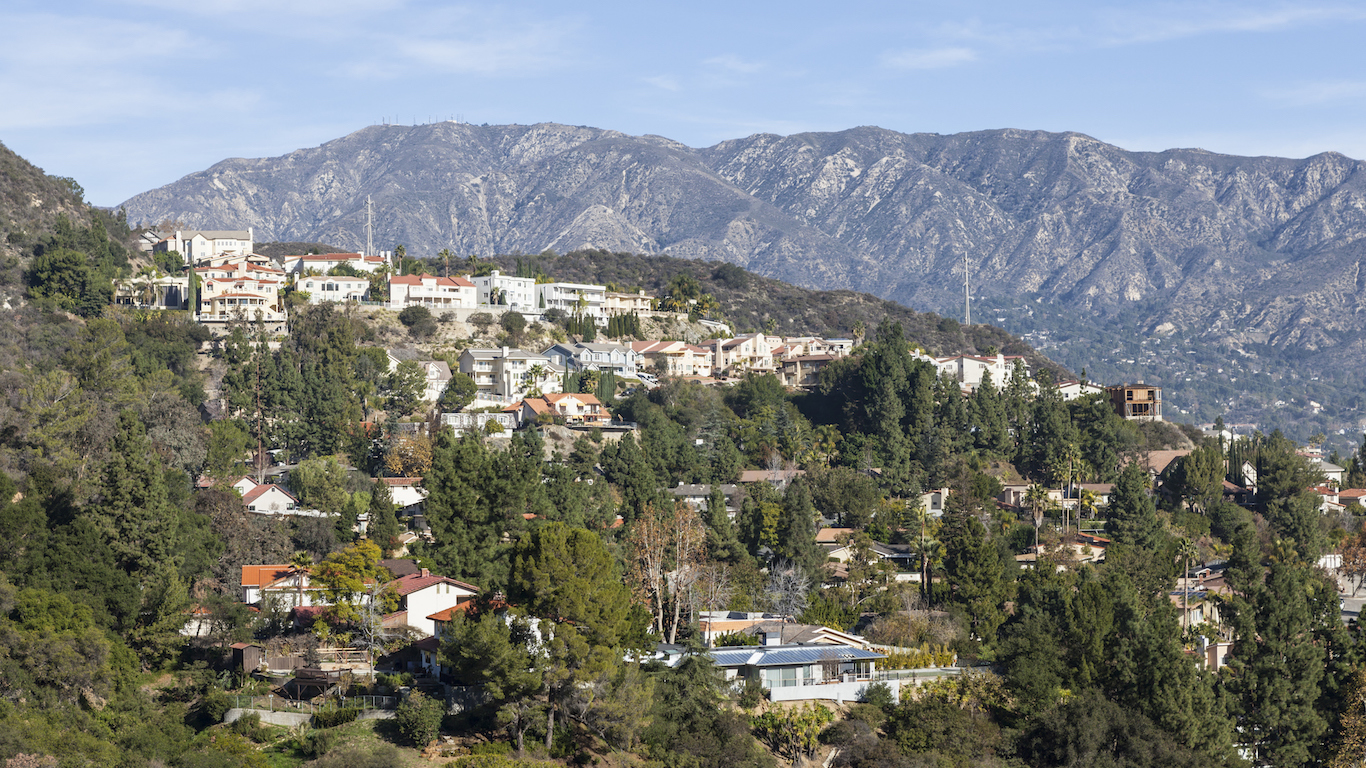 There were fewer than 100 violent crimes per 100,000 Glendale residents in 2015, the seventh lowest rate of any city in the country. At 1,737 incidents per 100,000 residents, Glendale’s property crime rate is also relatively low. By contrast, there were 2,487 property crimes reporter per 100,000 people nationwide. While crime is often less common in wealthy areas with favorable economic conditions like low unemployment, Glendale’s population is actually slightly less affluent than is common in America’s safest cities. The median annual household income in Glendale of $52,451 is about $1,000 lower than the national figure. Similarly, Glendale’s 6.5% unemployment rate is slightly higher than the national unemployment rate. 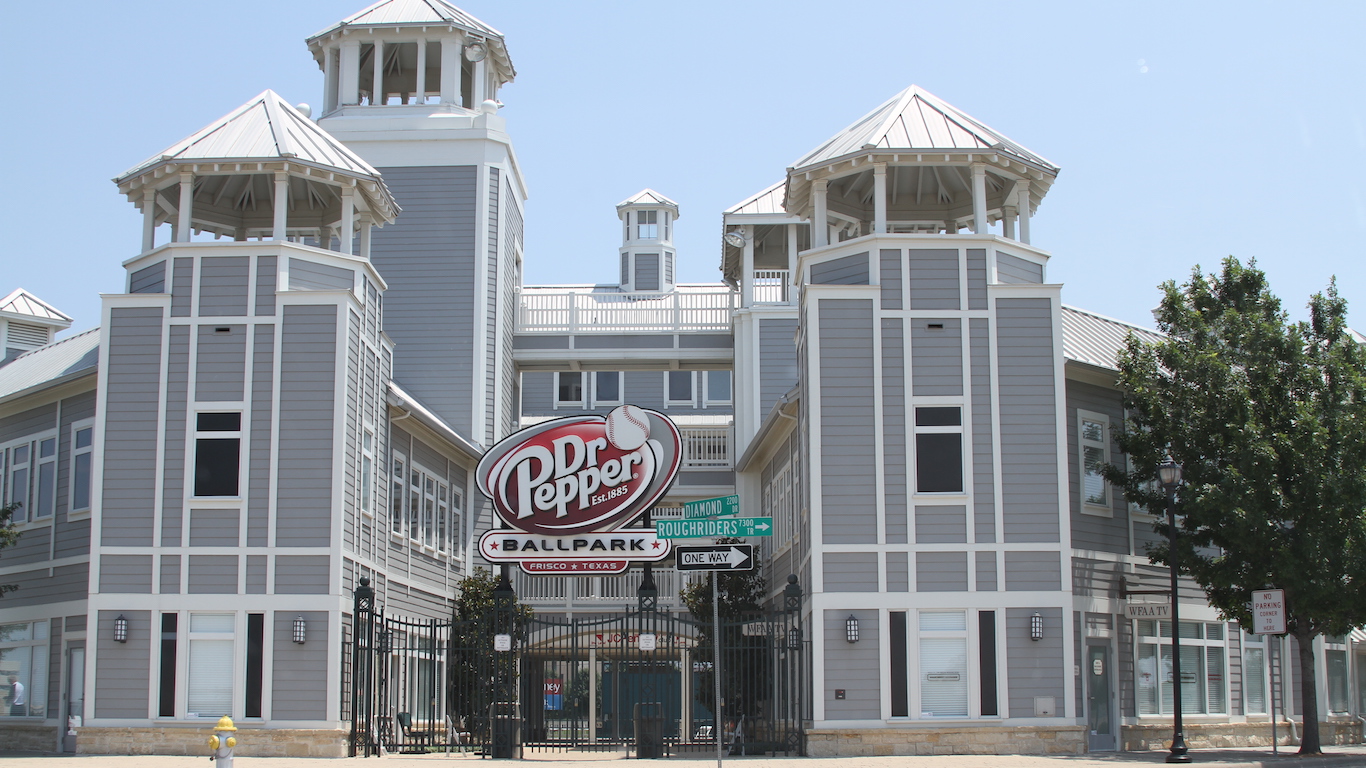 Just 91 violent crimes were reported per 100,000 residents in Frisco in 2015, less than in all but five U.S. cities. Crime is often less prevalent in wealthy areas with low unemployment, as fewer crimes are committed out of financial necessity, more lawful opportunities tend to be available, and the financial distress that can lead to violence is less common. In Frisco, the typical household earns $112,155 annually, the highest median household income in the country. Also, the 2.9% unemployment rate is tied for the fourth lowest of any city.