Economic conditions can deeply affect the incidence of violent crime in an area. Lower-income areas tend to have higher crime and murder rates than higher-income areas. In Richmond, about one in four residents live below the poverty line, a far larger share than the 15.6% national poverty rate.

There were 19.5 murders last year for every 100,000 Richmond residents, one of the highest murder rates in the country. More than half of the 43 murders that took place in the city in 2015 remain unsolved.

The number of homicide victims in Atlanta last year is up 1.1% from 2014 and 6.8% from half a decade ago. Gun deaths are especially common. Across Georgia, guns are involved in 82% of all murder cases compared to 71.5% of cases nationwide. In Atlanta, the number of gun-related deaths is up slightly in 2016. In an effort to address gun violence, Atlanta Mayor Kasim Reed established the Gun Violence Reduction Task Force, which includes a 45-person patrol team specifically assigned to areas with high gun violence.

While the city consistently ranks among the worst in the country for total incidents of murder and nonnegligent manslaughter, killers are not likely to escape justice. The Atlanta Homicide Unit solves 80% of murders, while nationwide fewer than 62% of murder cases are solved. 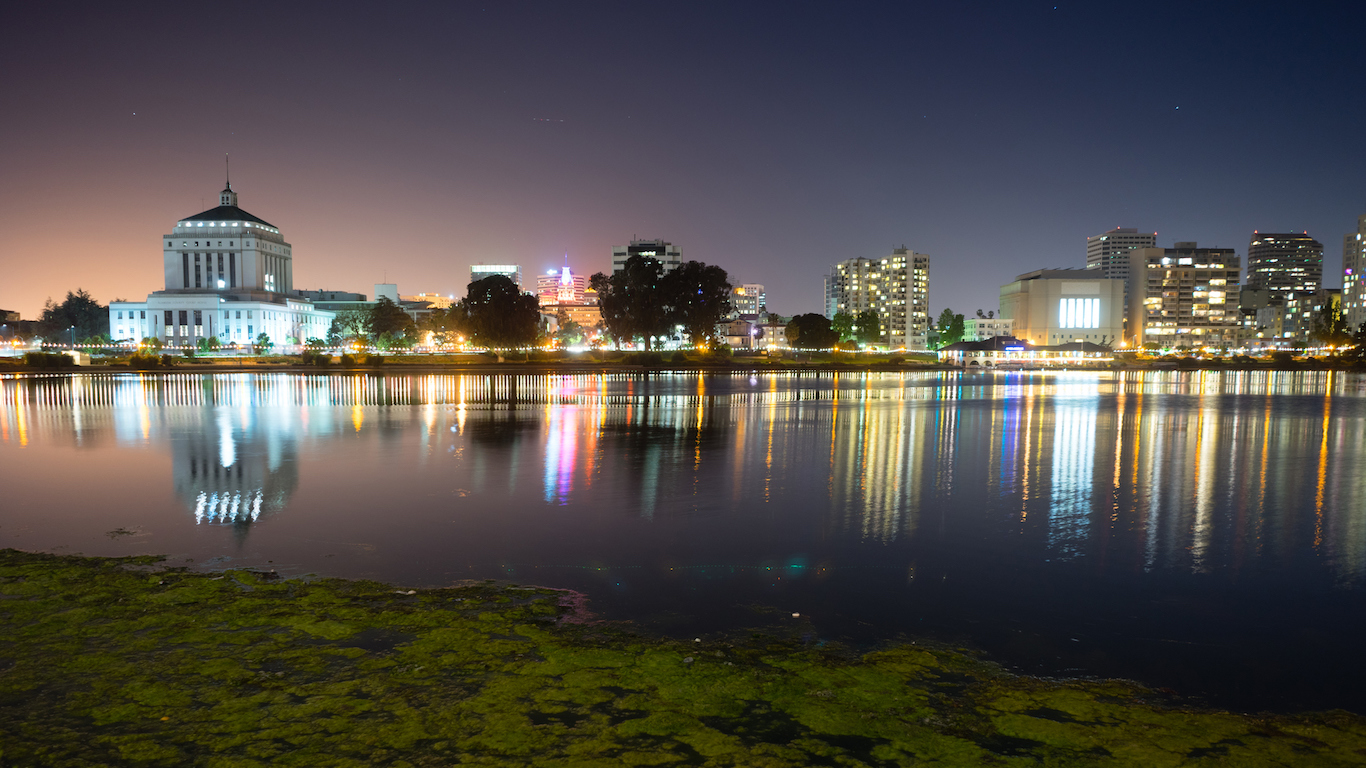 With roughly 20 murders for every 100,000 residents, Oakland had one of the highest murder rates in the country last year. Though the total incidence of homicides in the city increased by 6.3% last year, the number of murders in 2015 remains 18.3% lower than in 2011. Oakland police attribute the recent spike to increased gang, drug, and robbery related violence.

Robberies are a major problem in the city. Oakland’s 2015 robbery rate of 784.3 reported incidents per 100,000 residents was the highest in the country.

San Bernardino was the site of the deadliest mass shooting in the United States in three years. The 14 people gunned down on December 2, 2015 at the Inland Regional Center contributed significantly to the city’s overall 2015 homicide rate.

While there have been no mass shootings of in the city so far this year, the murder rate is on the rise. As of mid-September 2016, 51 homicides had been reported in San Bernardino, compared to the 44 for all of 2015.