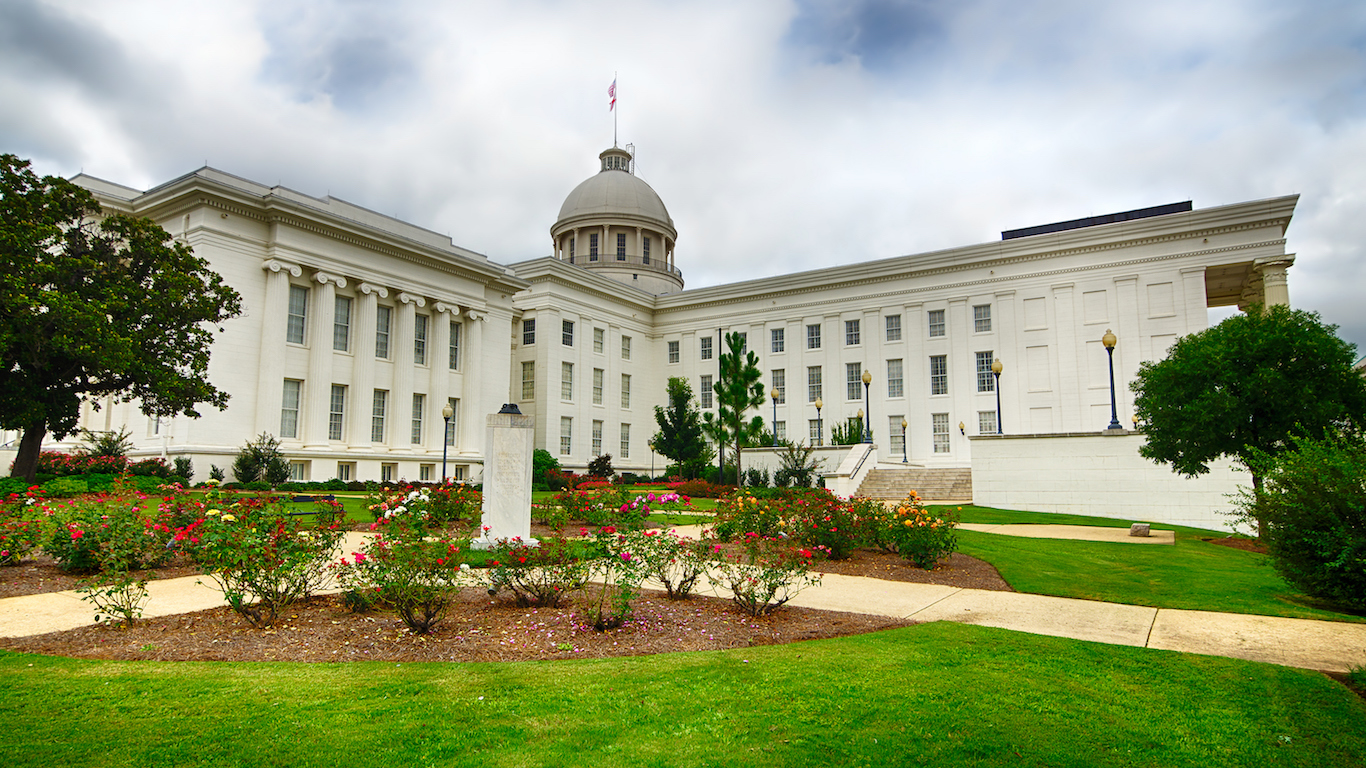 One of the poorest states in the country, 18.5% of Alabama residents live in poverty, a far larger share than the 14.7% national poverty rate. With a weak tax base, Alabama’s government has relatively little to work with financially. The state is one of only nine with a per capita tax revenue of less than $2,000. Partially as a result, the state has faced year after year of budget shortfalls. Recently, the Alabama legislature created a budget reform tax force. The 14-member team has been tasked with designing and implementing a long-term plan to solve recurring budget problems.

Last year, 6.5% of Mississippi’s workers were unemployed, nearly the worst jobless rate of any state. For most of those in need of a job, social safety nets were not likely adequate. Only 15% of jobless Mississippians receive unemployment insurance benefits, and the average weekly unemployment insurance payout in the state is only $204, the lowest in the country. Financial hardship is common throughout the state — its 22% poverty rate is the highest in the country. Mississippi’s job market has likely been hindered by slow growth. The state’s total economic output increased by only 0.7% in 2015, far less than half the 2.4% growth rate nationwide.

While the connection between school spending and educational outcomes is complex, educational spending is effectively an investment in the future. Though Mississippi currently only spends 27.5% of its budget on education, slightly less than is typical, its priorities may be shifting. Gov. Phil Bryant has stated his new budget will include spending cuts across state programs, but he has also indicated his intention to increase funding for K-12 education by $16.4 million.

Rhode Island residents benefit from relatively safe communities, high health insurance coverage, and high incomes. The state’s violent crime rate of 243 incidents per 100,000 residents is 11th lowest. The percentage of people without health insurance of 5.7% is sixth lowest. Also, the median household income of $58,073 a year is above the national median of $55,775.

Despite these strengths, Rhode Island’s economy is struggling, and measures of state finances suggest poor fiscal management. The state’s economy grew by 1.1% in 2015, slower than most states and less than half the national GDP growth rate. Also, Rhode Island’s outstanding debt is larger than its annual revenue, nearly the highest compared with other states and double the average debt-to-revenue ratio across all states.

Due to ongoing political gridlock, Illinois lawmakers have not agreed on annual budget for its next fiscal year. With a growing tab of unpaid bills and debt, Illinois has the worst credit rating of all states. The state’s outstanding bills totalled nearly $9 billion in October, up from less than $6 billion in October of last year and the highest since February 2013.

In addition to fiscal management problems, the state’s housing market and economy are struggling. Approximately 1 in every 80 housing units are in some stage of foreclosure in Illinois, nearly the worst foreclosure rate of all states. The state’s labor force has also declined over the past five years, and the unemployment rate of 5.5% as of October was among the highest in the nation. 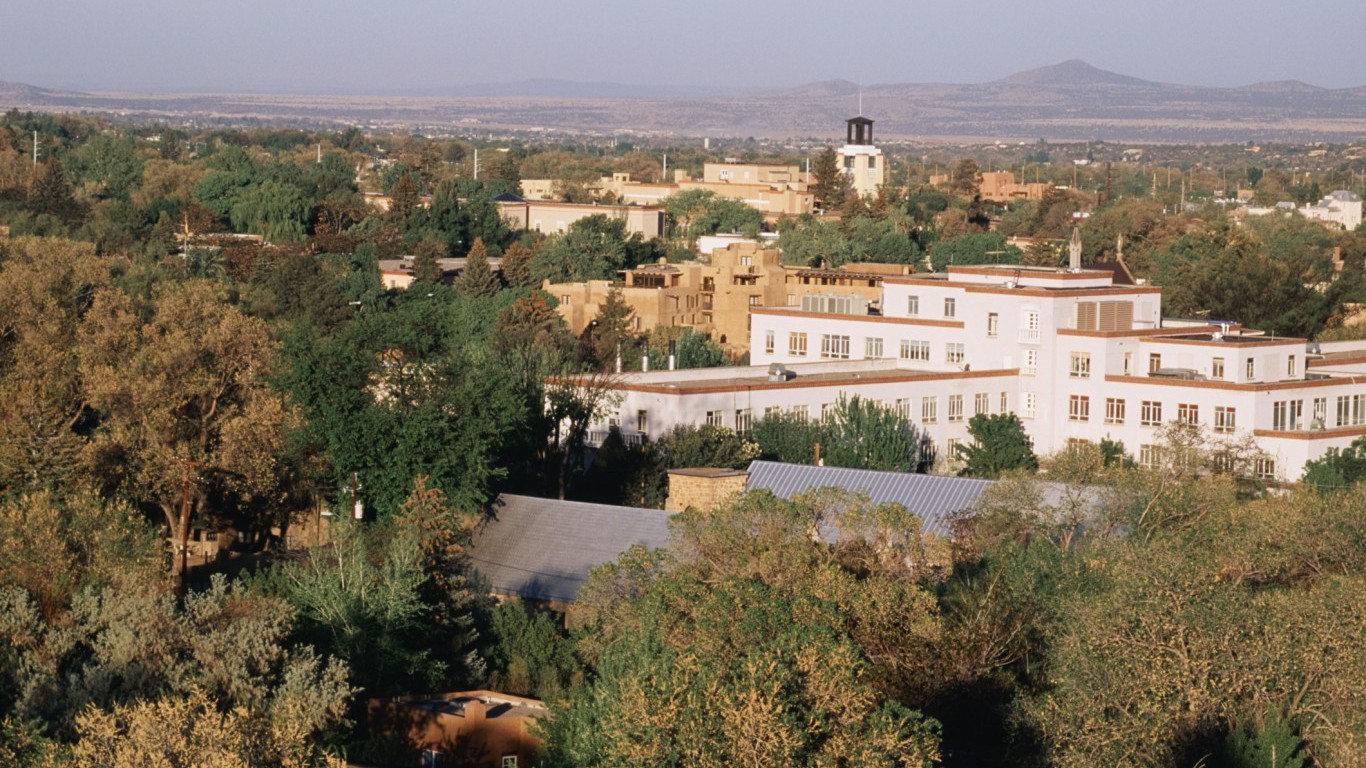 New Mexico ranks as the worst run state on our list for the second consecutive year. Following a large and unexpected tax shortfall in the state’s fiscal 2016 and 2017 budgets, Moody’s downgraded the state’s credit rating and outlook. Despite the outlook, according to the credit agency, New Mexico has a strong history of balancing its budget, and the state’s debt levels are manageable and on the decline.

The likelihood of living in poverty is very high for individuals without a high school diploma. In New Mexico, fewer than 85% of adults have a high school diploma, nearly the lowest high school attainment rate, and more than 20% of state residents live in poverty, the second highest rate of all states. Like most poorly-run states, New Mexico’s labor market is struggling. The state’s labor force declined over the last five years, and 6.5% of workers were unemployed as of October, the highest October jobless rate of all states.