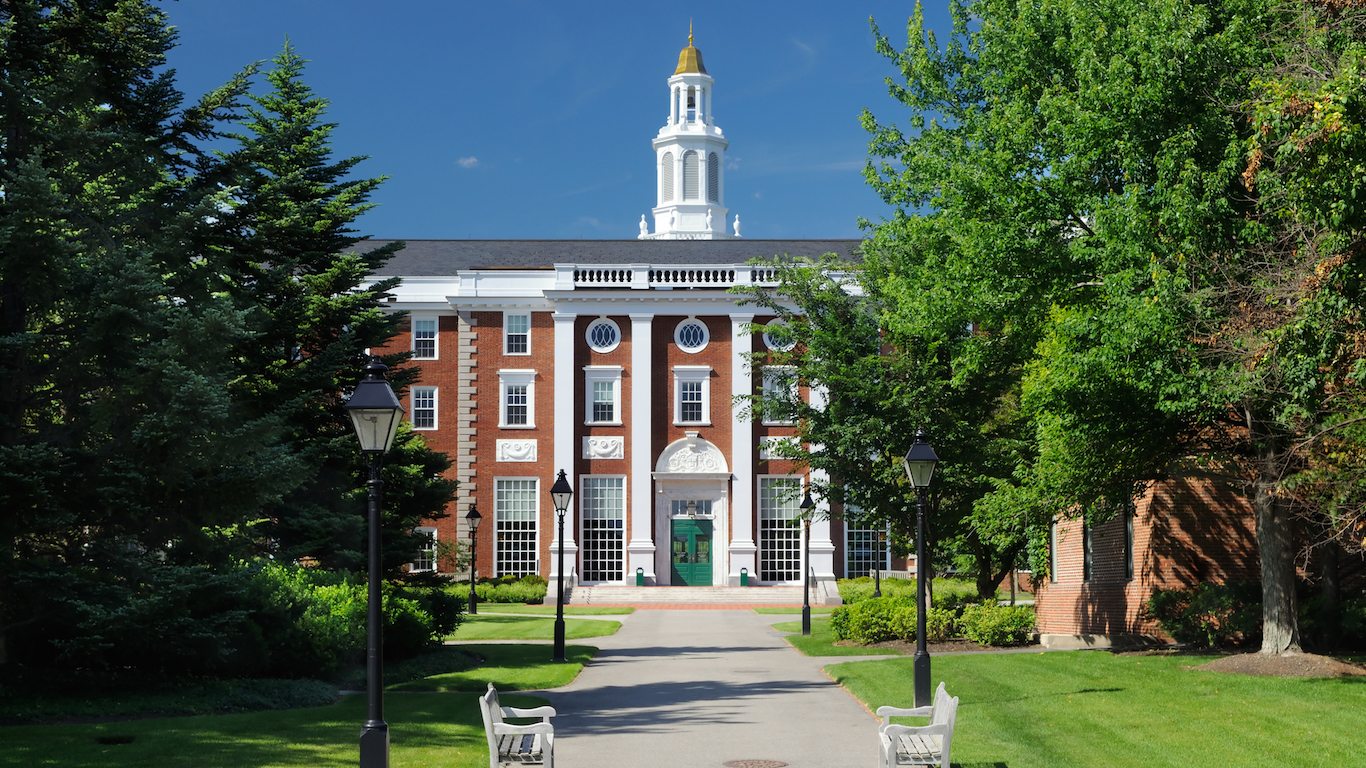 Based on a variety of measures related to school funding and academic achievement, Massachusetts earns a better grade than any other state in Education Week’s Quality Counts report. Early childhood education is important for cognitive development, and in Massachusetts, 57.8% of three- and four-year olds are enrolled in preschool, one of the highest shares of any state. Perhaps due in part to a robust childhood education program, Massachusetts has the highest share of fourth and eighth graders who are proficient in math and reading.

The state’s successes, however, are not entirely attributable to its education system. Children living in poverty face a host of challenges that can hinder educational achievement, and children growing up in Massachusetts are far more likely to grow up in a financially secure environment than most youth. Additionally, children raised by educated parents are more likely to do better in school, and in Massachusetts, 61.7% of children have at least one parent with a post-secondary degree, well above the 48.8% national average. 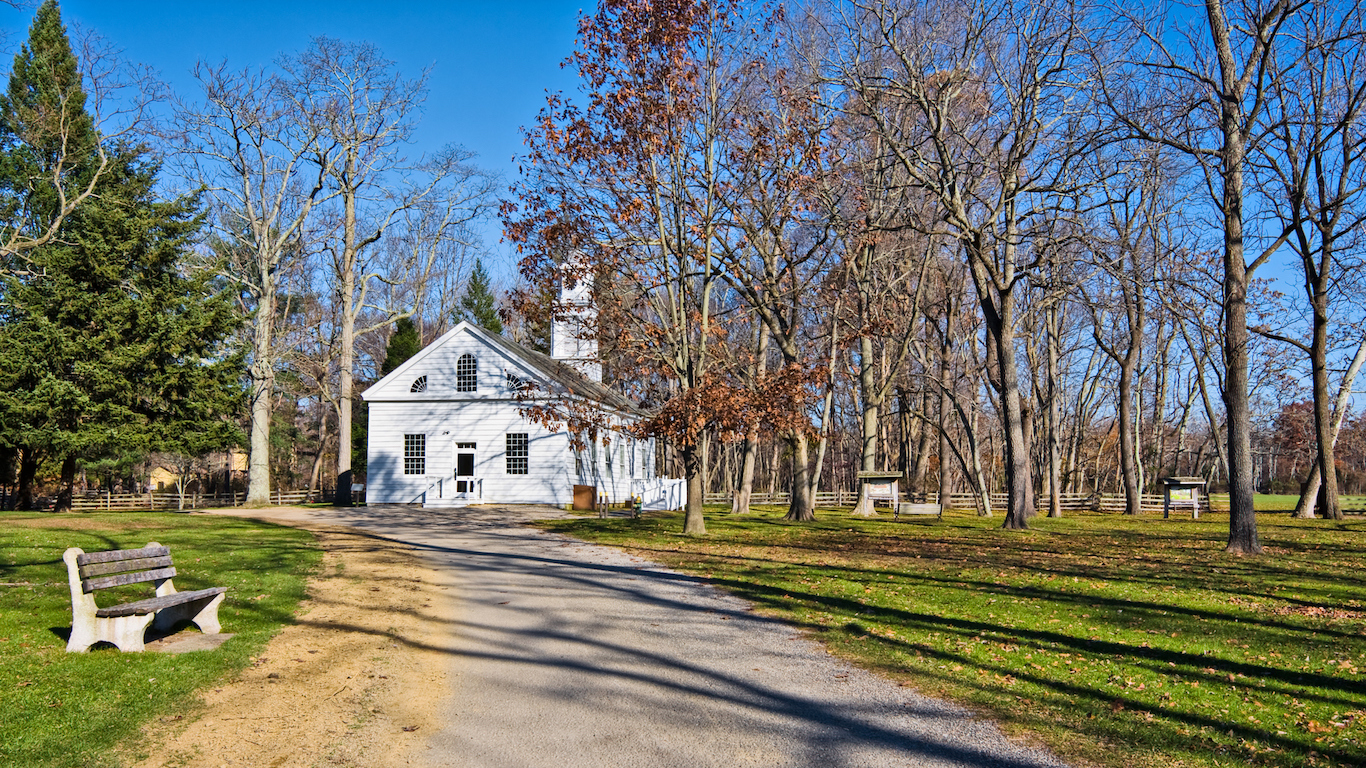 Only three states report a higher median annual household income than New Jersey’s $72,222. Partially because of its strong tax base, New Jersey invests heavily in its public school system. The Garden State spends the equivalent of 4.8% of its taxable resources on its schools, second in the country only to Vermont. Each year, nearly $16,000 per student are spent on New Jersey schools — more than all but five other states.

While the connection between school spending and educational outcomes is complex, in New Jersey, high spending accompanies strong academic performance. The state has some of the largest shares both of math and english-proficient eighth graders, and about 38% of 11th and 12th grade advanced placement test scores in New Jersey are 3 or better — high enough to qualify for college credits — the sixth largest share of all states. 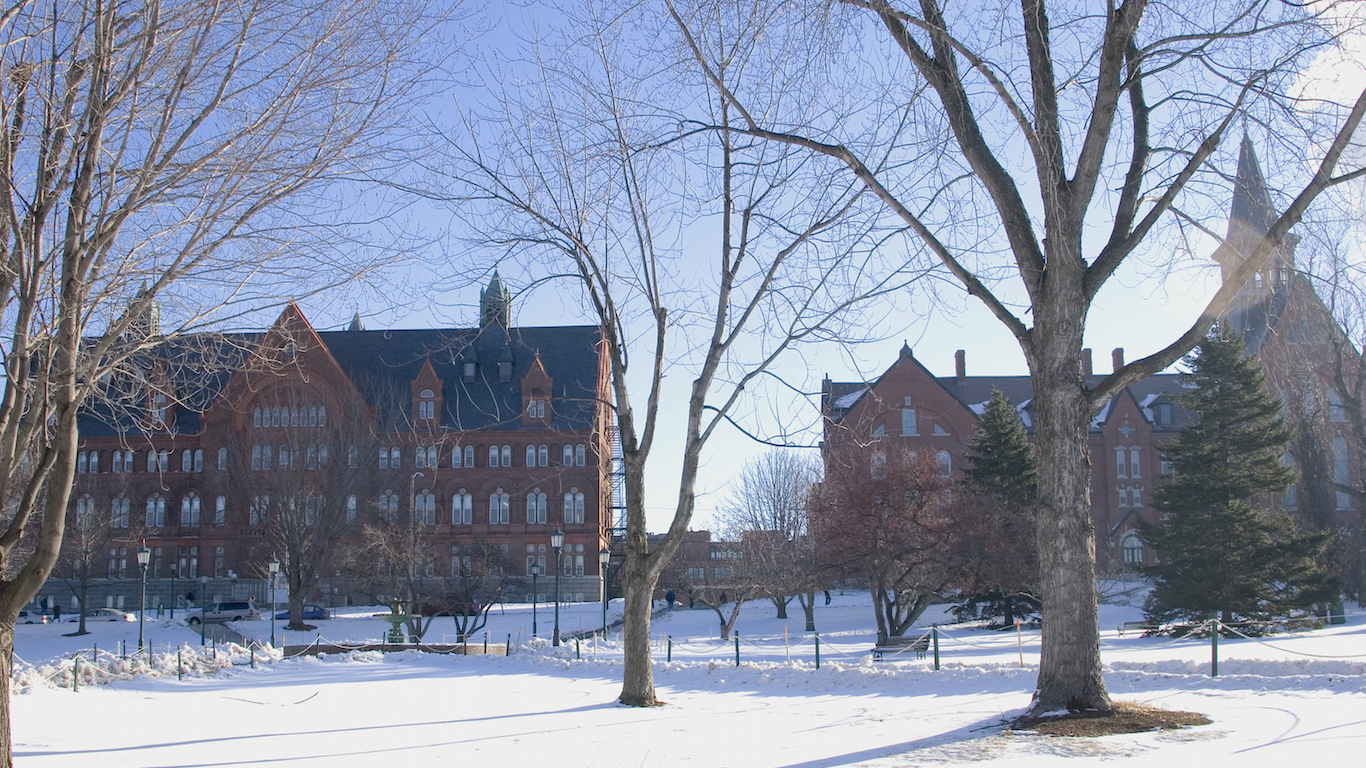 Vermont is one of several New England states to have one of the highest rated education systems in the country. As is the case in most other states in the region, students in Vermont tend to do well in many standardized measures of academic achievement. About 45% of fourth graders and 44% of eighth graders are proficient in reading, each the third largest share of any U.S. state. Strong academic performance may be linked to Vermont’s relatively robust early childhood education program. Some 54% of three- and four-year olds in the Green Mountain State are enrolled in preschool, a larger share than in all but four other states.

Vermont spends $19,654 on its schools per pupil annually, more than any other state. The high per-pupil spending is largely due to higher costs resulting from the state’s many small, rural districts.

With so many children coming from backgrounds conducive to academic success, students in New Hampshire report better results in the classroom than is typical. The state is home to the second highest share of fourth and eighth graders proficient in reading than any other state in the country. 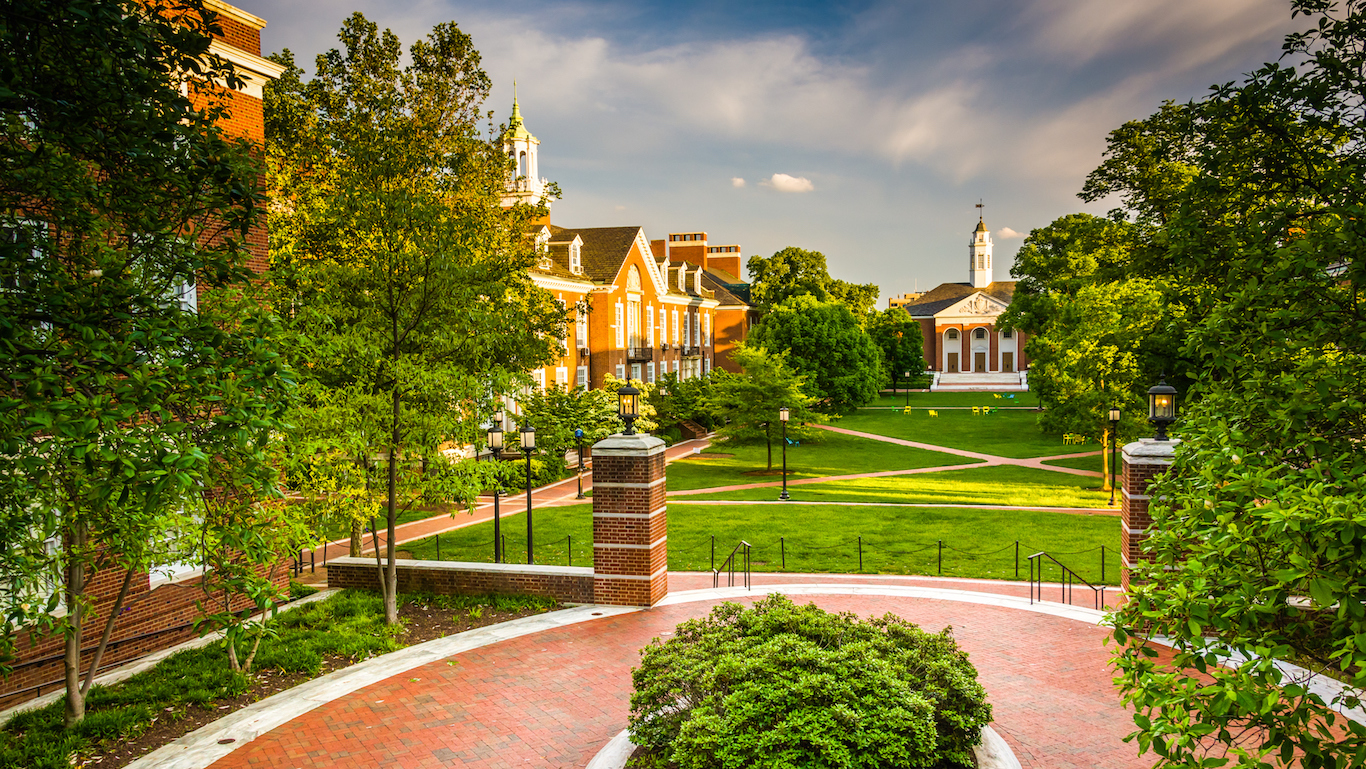 The wealthiest state in the nation, a typical household in Maryland earns $75,847 a year. Despite a strong tax base, Maryland’s $12,922 annual per-pupil education spending is only a few hundred dollars higher than the average spending nationwide. Though school spending is not especially high in Maryland, it is equitable. No state in the country has more even funding distribution across districts than Maryland.

Ranking relatively well in school finance, Maryland also does better than the vast majority of states in student achievement. In Maryland 55.8% of 11th and 12th graders’ advanced placement tests earned scores of at least a 3 by far the largest share of any state in the country.