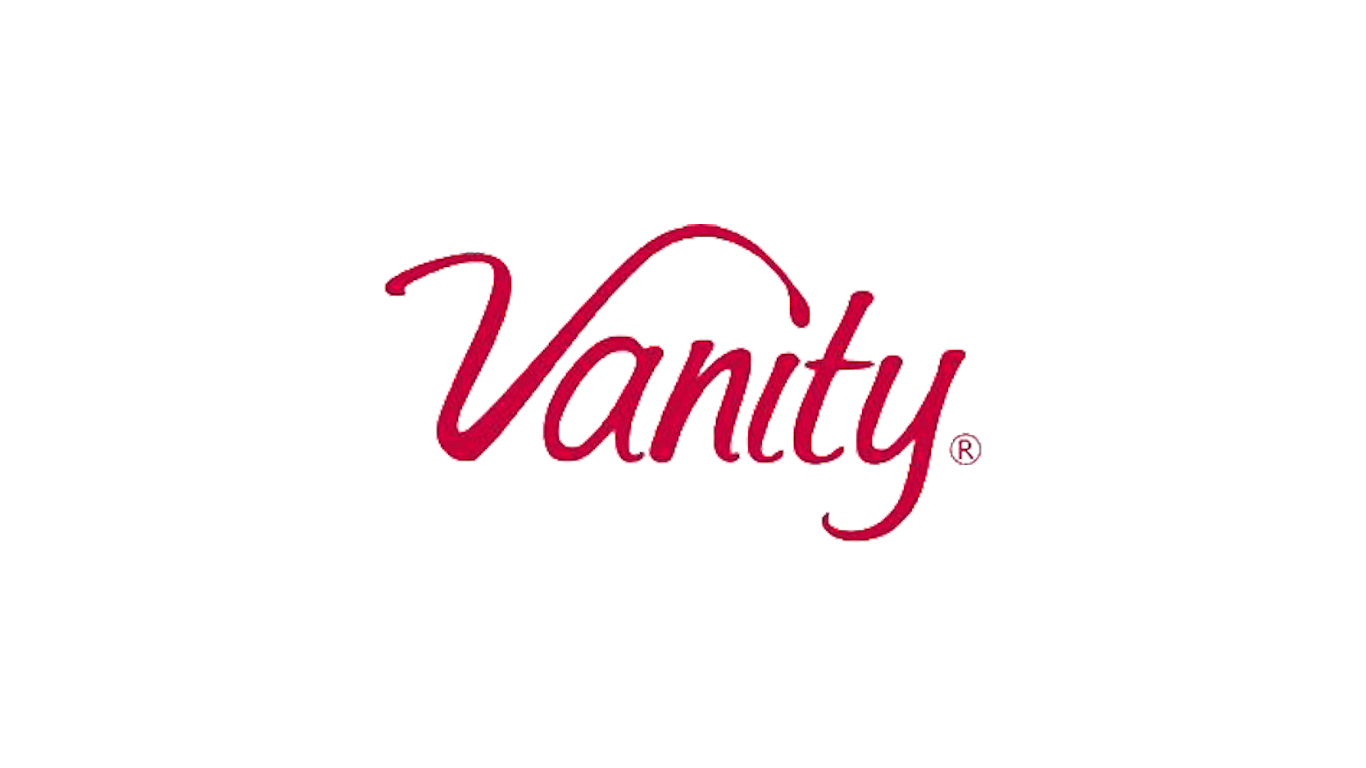 Based in Fargo, North Dakota, Vanity has sold women’s clothing in malls throughout the United States for over 50 years. In early 2017, however, Vanity announced its intention to close all 137 of its locations after filing for Chapter 11 bankruptcy protection. Vanity’s bankruptcy announcement comes at a time when more and more consumers are doing their shopping online rather than at the mall, which Board Chairman Jim Bennett cited as a primary reason behind the company’s poor sales performance. The company has indicated on its website that liquidation sales have begun and that all sales are final. 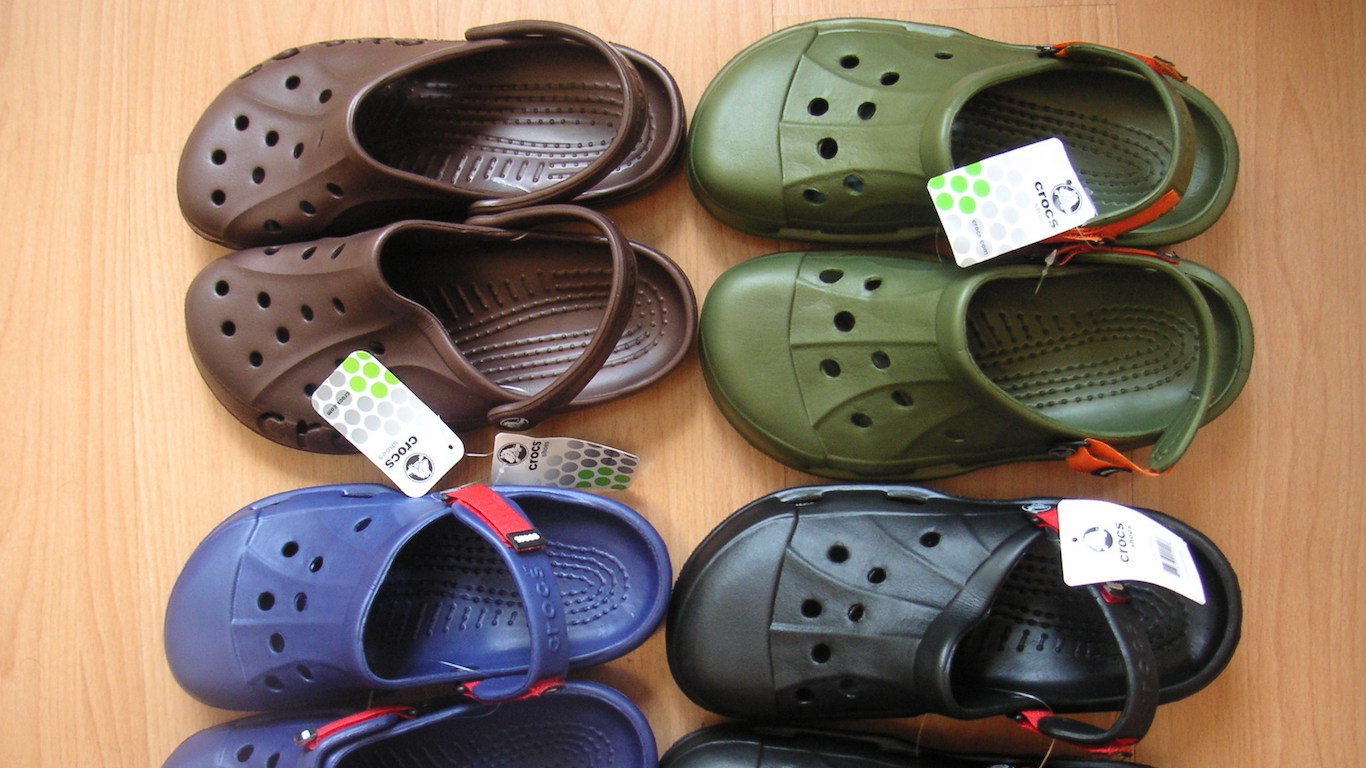 Crocs, Inc. revenue fell by roughly 5.0%, or $54.4 million, between 2015 and 2016. In the wake of falling sales, Crocs announced in March 2017 the promotion of a new CEO, several changes to its executive team, and a number of future store closings. Current President Andrew Rees will assume the CEO role as well. The company will also establish a new e-commerce division and close 160 of its retail locations by the end of 2018. Crocs is one of many retailers that are doubling down on e-commerce while slimming their brick-and-mortar operations. While the company’s retail sales fell by 5.0% between 2015 and 2016, Crocs’s e-commerce sales increased by 7.9%. 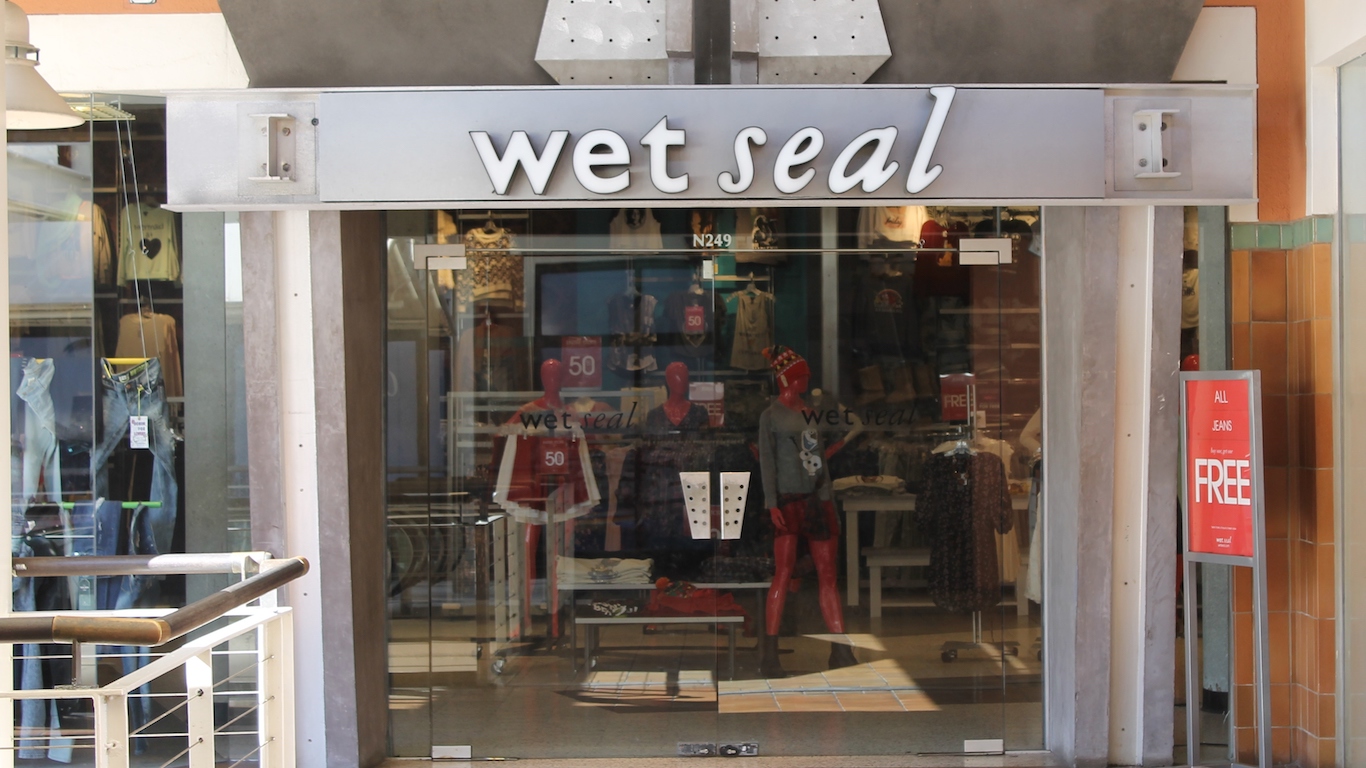 Wet Seal filed for bankruptcy protection in February for the second time in its history, claiming assets valued between $10 million and 50 million and liabilities between $50 million and 100 million. The teen clothing chain joins a number of brick-and-mortar retailers struggling with the growing trend among shoppers of purchasing items online. Like most retailers, Wet Seal has its own web option for customers, although its efforts to grow online sales clearly have not kept pace with the declining in-store sales.

According to court documents, Wet Seal’s largest creditor is FedEx Corporation, which is owed $608,977. Creditors with the largest unsecured claims also include Celebrity Pink, GF Holdings, and Google.