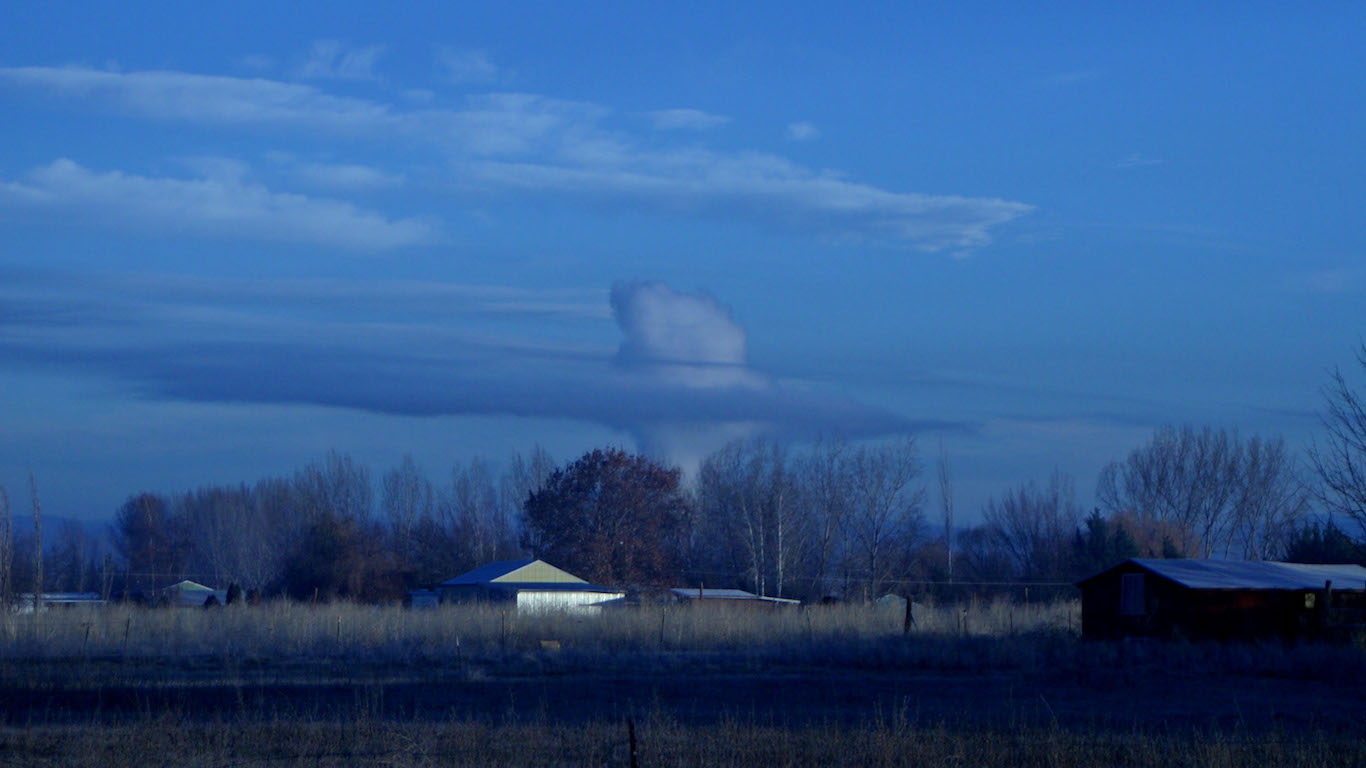 LIke many cities on this list, Medford struggles with crime. There were 6,115 property crimes per 100,000 Medford residents in 2015, the 12th highest property crime rate of any U.S. city.

One of the most dangerous cities in the country, there were 1,288 violent crimes for every 100,000 Indianapolis residents in 2015, far more than the violent crime rate nationwide of 373 incidents per 100,000 Americans. With 144 homicides in the city, 2015 was the deadliest year in Indianapolis history up to that point. According to the Indianapolis Metropolitan Police Department, at least 28% of the murders were drug related.

Serious financial hardship is also more common in Indianapolis than it is across the state. More than one in five city residents live in poverty compared to Indiana’s poverty rate of 14.5%. 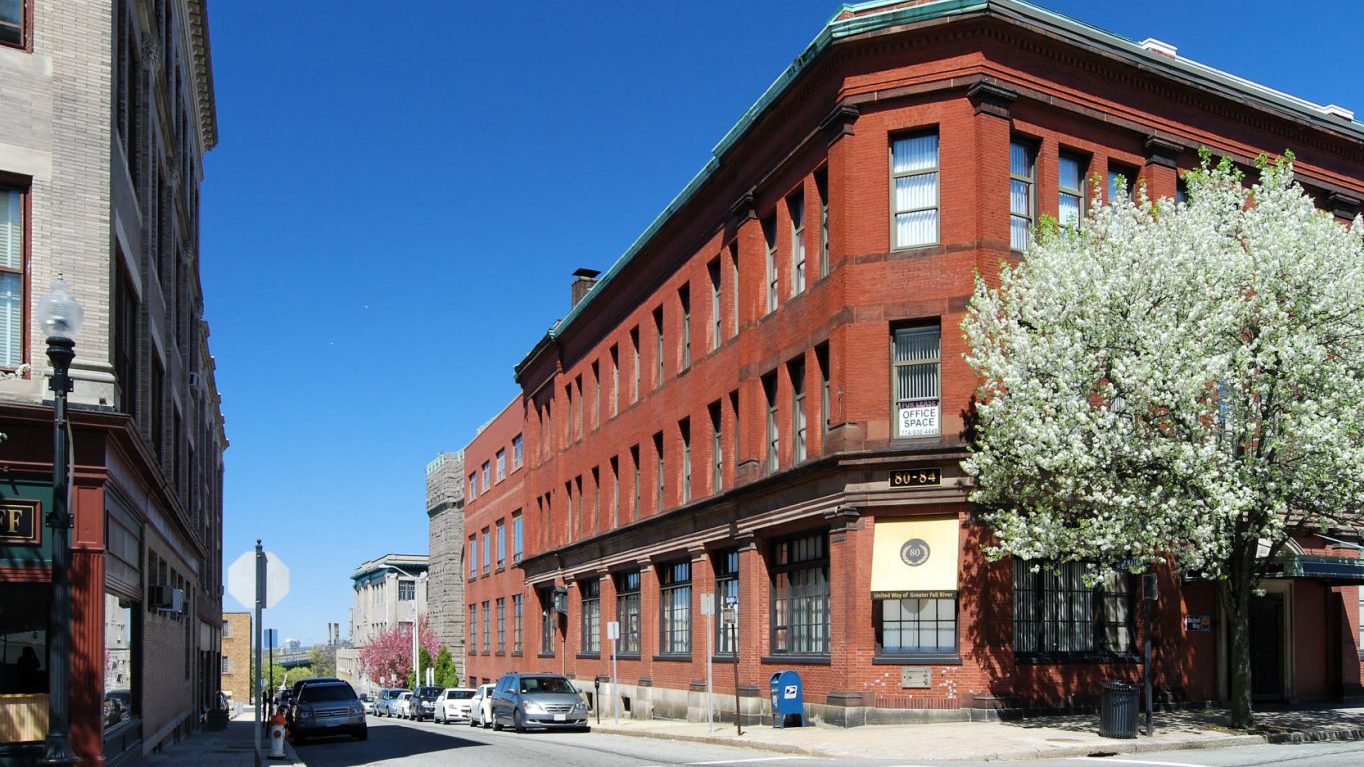 Like many cities in New England, Fall River is in the grips of a growing opioid epidemic. The city’s proximity to ports in neighboring New Bedford has been associated with the drug’s increasing availability, which has in turn contributed to a high violent crime rate. There were 1,141 violent crimes reported per 100,000 Fall River residents in 2015, the 22nd highest violent crime rate of any U.S. city.

As one of the most segregated places in the country, Atlanta also has one of the widest income disparities of any major U.S. city. While 11.2% of households earn less than $10,000 annually, 8.6% of households earn $200,000 or more — each share larger than the corresponding national figure. Similarly, while nearly every other adult in the city has a bachelor’s degree, which increases earnings by more than $20,000 on average, 22.5% of city residents live in poverty — one of the larger shares of any U.S. city.

While overall crime has fallen in recent years, Atlanta still struggles with one of the highest crime rates in the country. In 2015, 1,120 violent crimes were reported per 100,000 residents, more than three times the national rate of 373 incidents per 100,000 Americans. 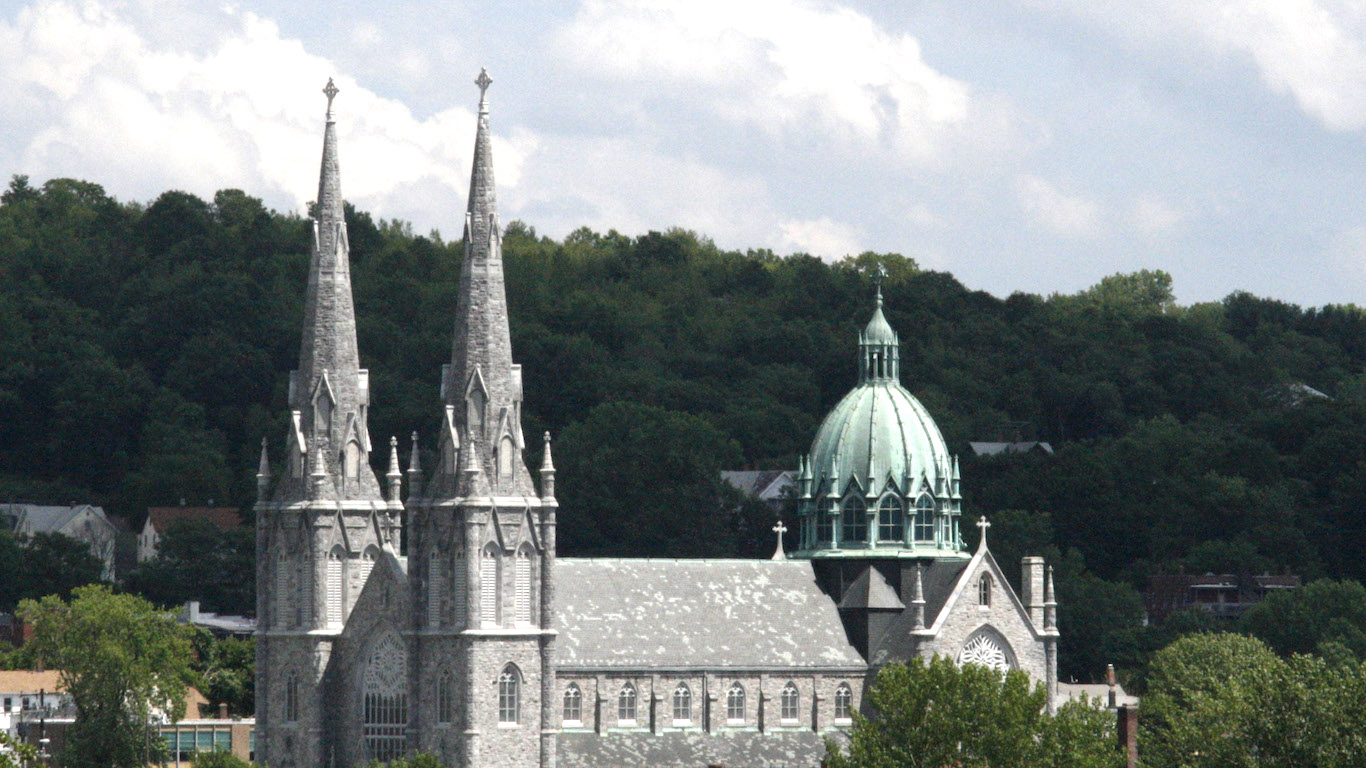 The typical Waterbury household earns only $37,877 a year, about $33,500 less than the median income across Connecticut as a whole. Goods and services are about 17% more expensive in the Waterbury area than they are nationwide, and when accounting for the high cost of living, the median household income in the city is only worth about $32,512. Homeowners in the area face the additional financial burden of a high tax rate. Typical homeowners pay about 3.7% of their home’s value in property taxes each year, the fifth highest share of any U.S. city and more than three times the 1.2% median property tax rate nationwide.

Pervasive joblessness underscores the area’s poor economic conditions. Some 9.3% of the city’s workforce is unemployed, well above the 5.3% U.S. unemployment rate.