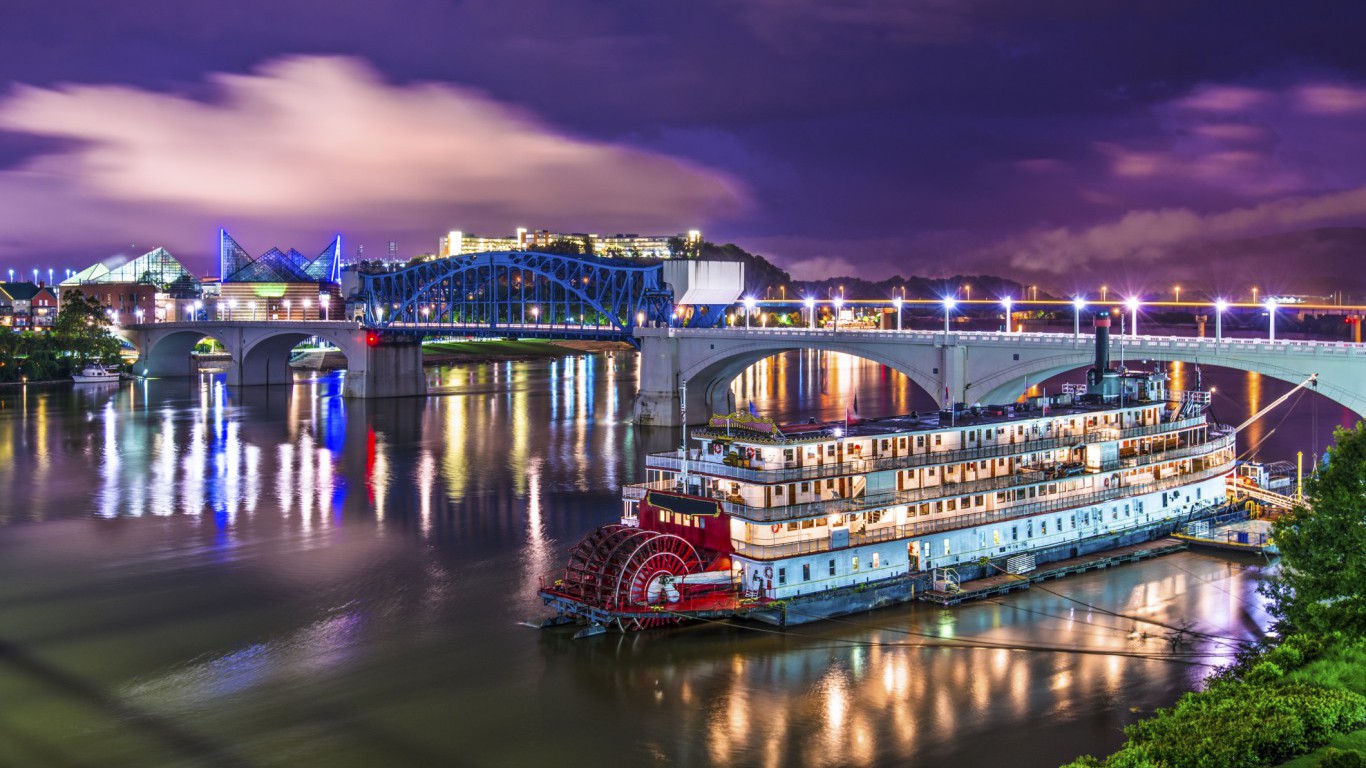 Job growth is an important indicator of a city’s prosperity and economic potential, and in Chattanooga job growth has been stagnant. While total U.S. employment grew by 4% between 2013 and 2015, employment in the city increased by just 0.4% over the same period — less than over 500 of the 551 cities considered. 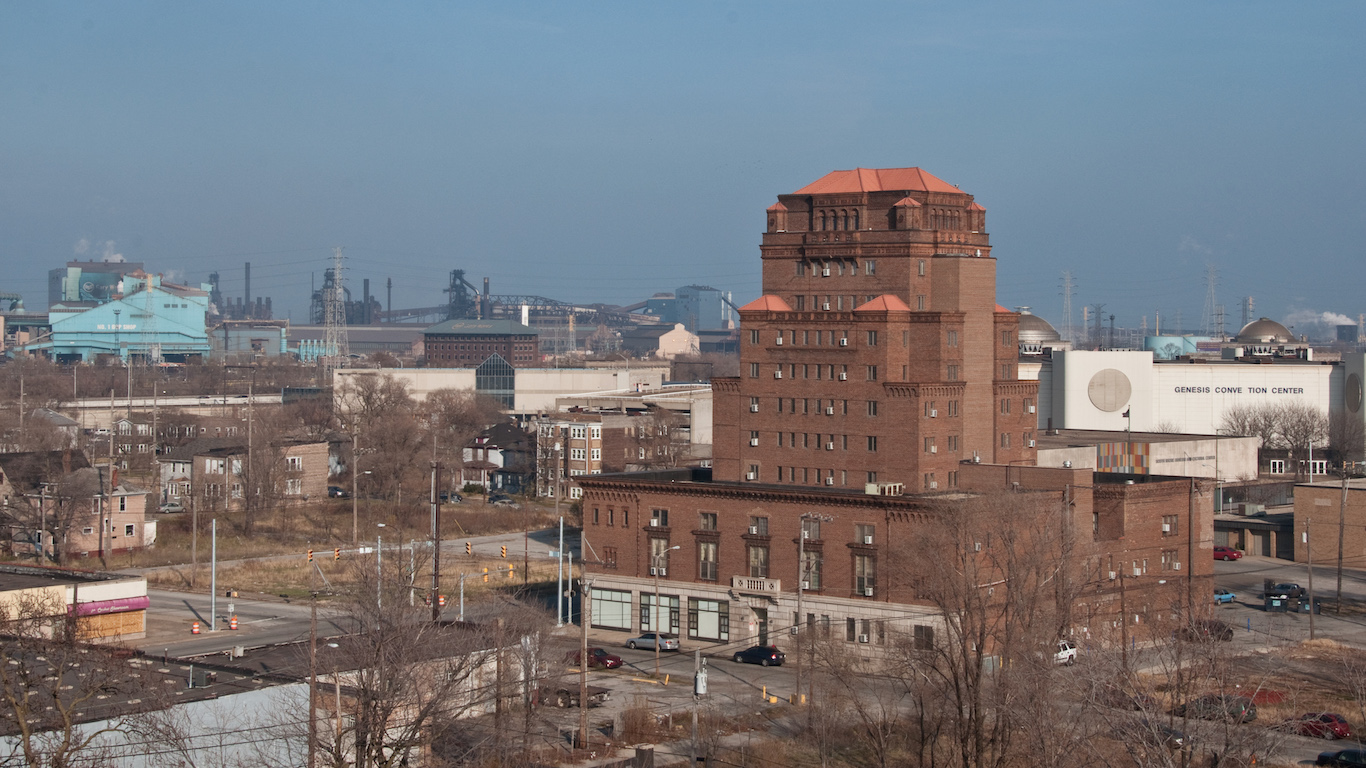 A the typical home in Gary, Indiana is worth only $68,000, the eighth lowest median home value of any city in the country. The low property values are likely the result, in part, of the city’s dwindling population. Over the past decade, Gary’s population has fallen by 20.3%, the steepest drop of any U.S. city over that period.

A stagnant job market is not helping economic conditions in Gary. Nearly one in every 10 workers in the city are out of a job, more than double the 4.8% statewide unemployment rate. The bleak economic picture is underscored by the relative lack of small businesses such as restaurants, bodegas, and cafes. There are only about 80 of these establishments for every 100,000 city residents, one of the smallest concentration of any city and well below the 165 per 100,000 nationwide concentration.

Tucson is one of the only cities in the Southwest to rank among the worst places to live. The city’s poverty rate of 25.2% is far higher than the national poverty rate of 14.7%. Tucson’s economy has grown slower than most cities’ in recent years, and unemployment in the area remains slightly above the national rate. The number of jobs in Tucson rose by just 2.1% from 2013 to 2015, roughly half the national employment growth over the same period. 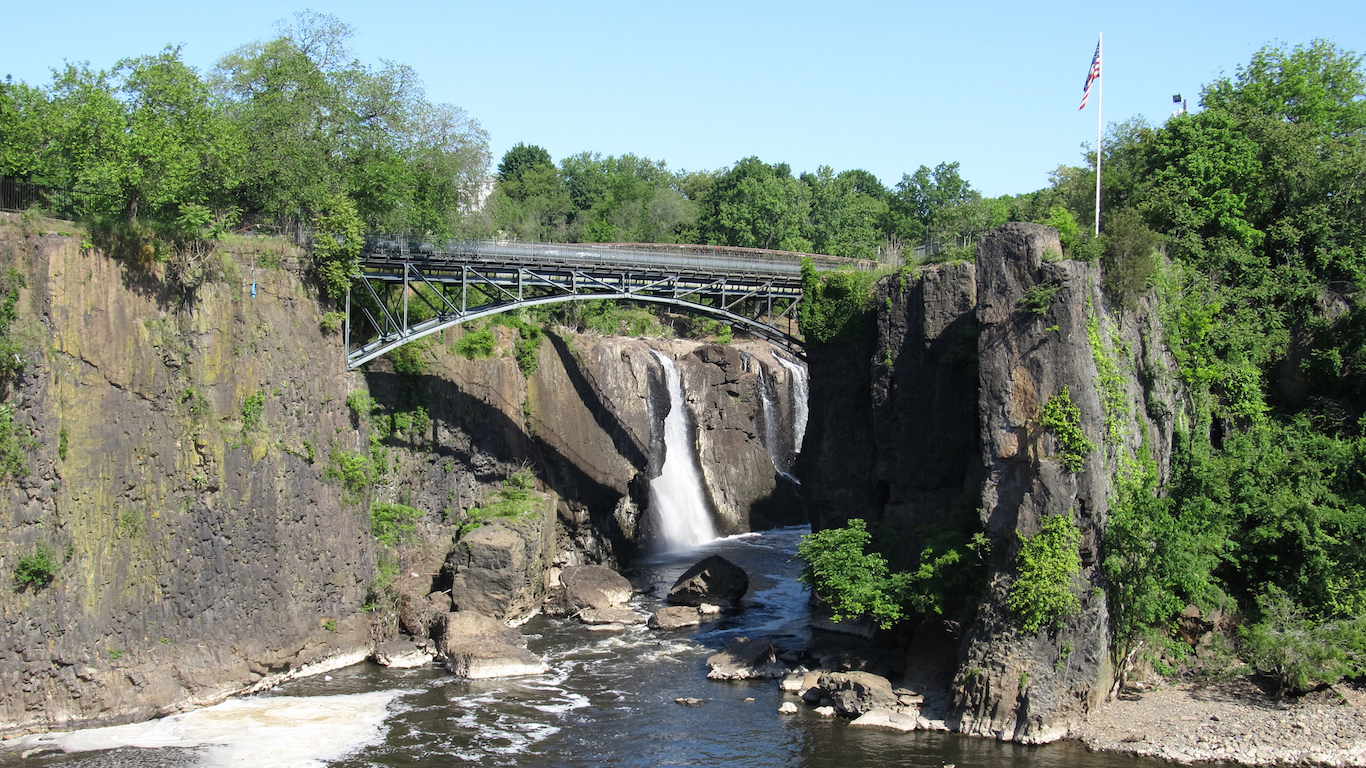 A college education can greatly increase an individual’s earning power, and in Paterson, only 9.1% of adults have a bachelor’s degree — less than a third of the 30.6% national share. The low educational attainment partially explains the low incomes in the area. The typical Patterson household earns only $31,552 a year, less than half the statewide median income of $72,222. Further, goods and services are on average about 28% more expensive in the Paterson area than they are nationwide, and when accounting for the high cost of living, the city’s median household income is only worth about $24,650. Area residents face an additional financial burden of high taxes. Homeowners pay 3.8% of their home value on average in taxes annually, more than three times the 1.2% share the typical American homeowner pays in taxes.

Little Rock has a long history of segregation, which has contributed to income inequality in the city. While 9.7% of households in the city earn less than $10,000 annually, 7.0% of households earn at least $200,000 — each larger than the corresponding national shares. While areas like the River Market district have been revitalized in recent years, many neighborhoods to the south and east of Interstate 30 are run-down and impoverished. About 40% of adults in the city have a bachelor’s degree, one of the higher such shares among U.S. cities. And workers with a bachelor’s degree earn over $20,000 more on average than those with only a high school diploma. At the same time, nearly 20% of city residents live in poverty, one of the higher poverty rates of U.S. cities.