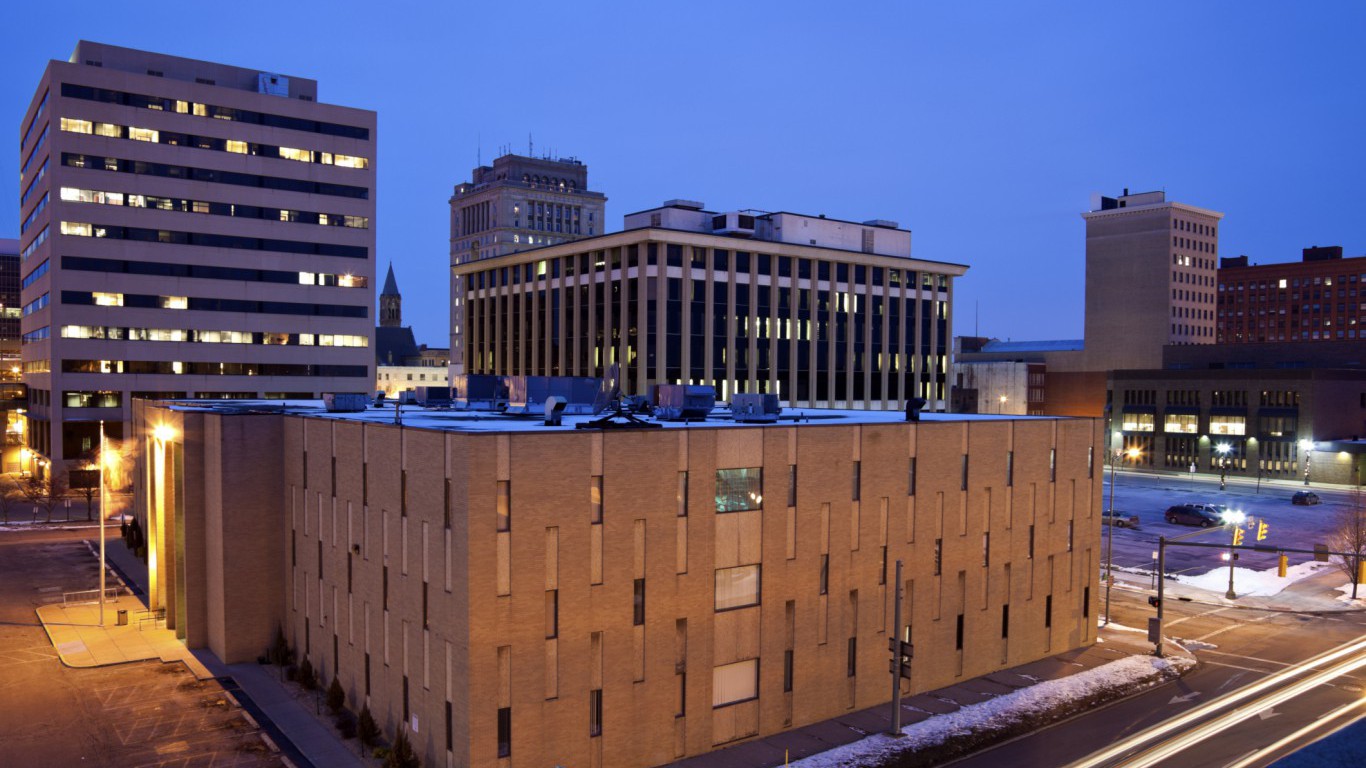 Low educational attainment in an area can coincide with many other negative quality of life-outcomes, including lower incomes and higher unemployment. In Canton, just 14.4% of adults have a bachelor’s degree, less than half the national bachelor’s attainment rate. 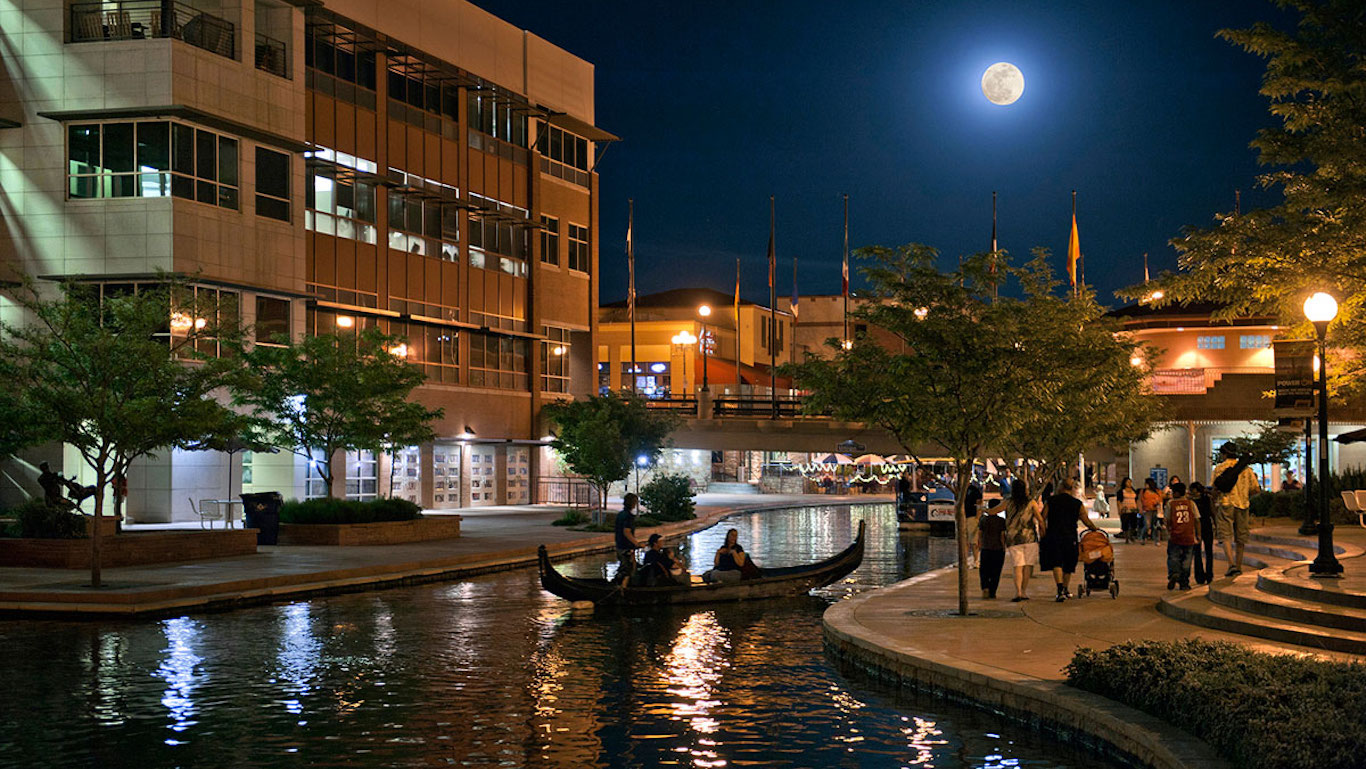 Just 18.4% of the adults living in Pueblo have a bachelor’s degree, far less than the 30.6% national college attainment rate. Lower education attainment rates often result in lower incomes, and Pueblo is no exception. One in four of Pueblo’s 109,000 residents live in poverty, compared to approximately one in seven Americans nationwide The typical household in the city earns just $43,000 a year, or $13,000 less than the U.S. median household income.

24/7 Wall St.
The Drunkest (and Driest) Cities in America 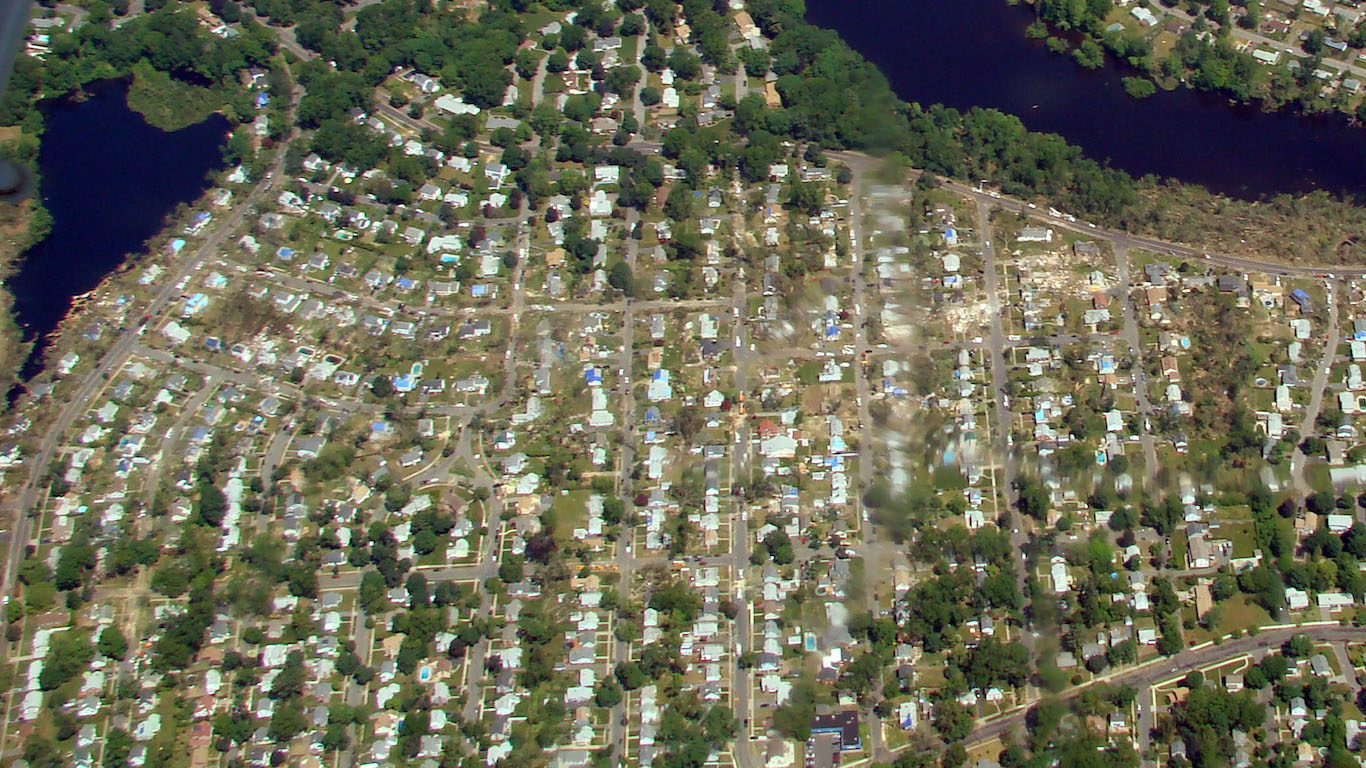 Springfield is one of the poorest cities in Massachusetts. A typical city household earns just $35,653 a year, about $20,000 less than the typical American household. The city’s poverty rate of 27.3% is the highest in the state and nearly double the national poverty rate. 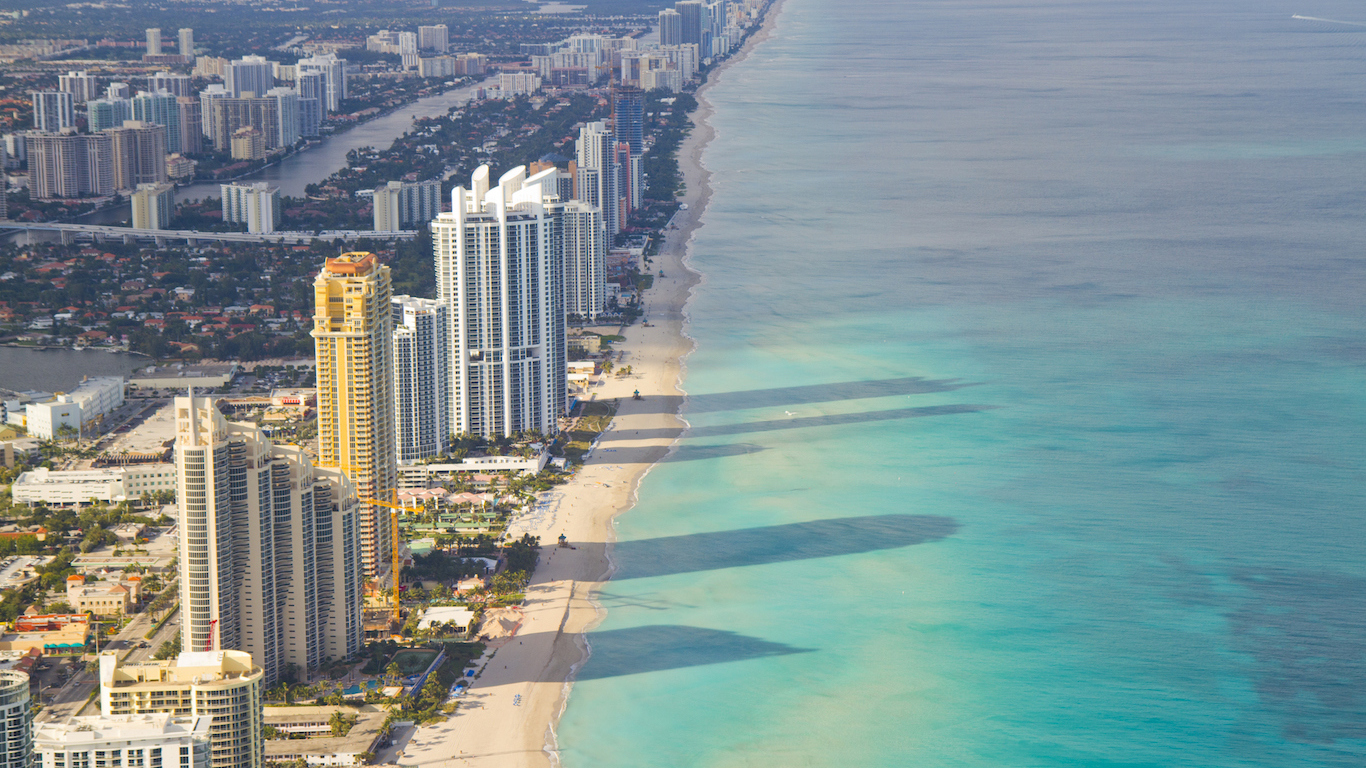 The typical household in Miami Beach earns $50,937 annually, slightly less than the $55,775 national figure. Adjusted for the city’s high cost of living, however, area incomes are far lower. The typical home in Miami Beach costs $460,000, nine times the city’s median household income. In addition to being one of the least affordable U.S. cities, Miami Beach is one of the most dangerous. There were 1,077 violent crimes per 100,000 residents in 2015, among the most of any city. There were also 9,717 property crimes per 100,000 residents, the highest property crime rate nationwide. 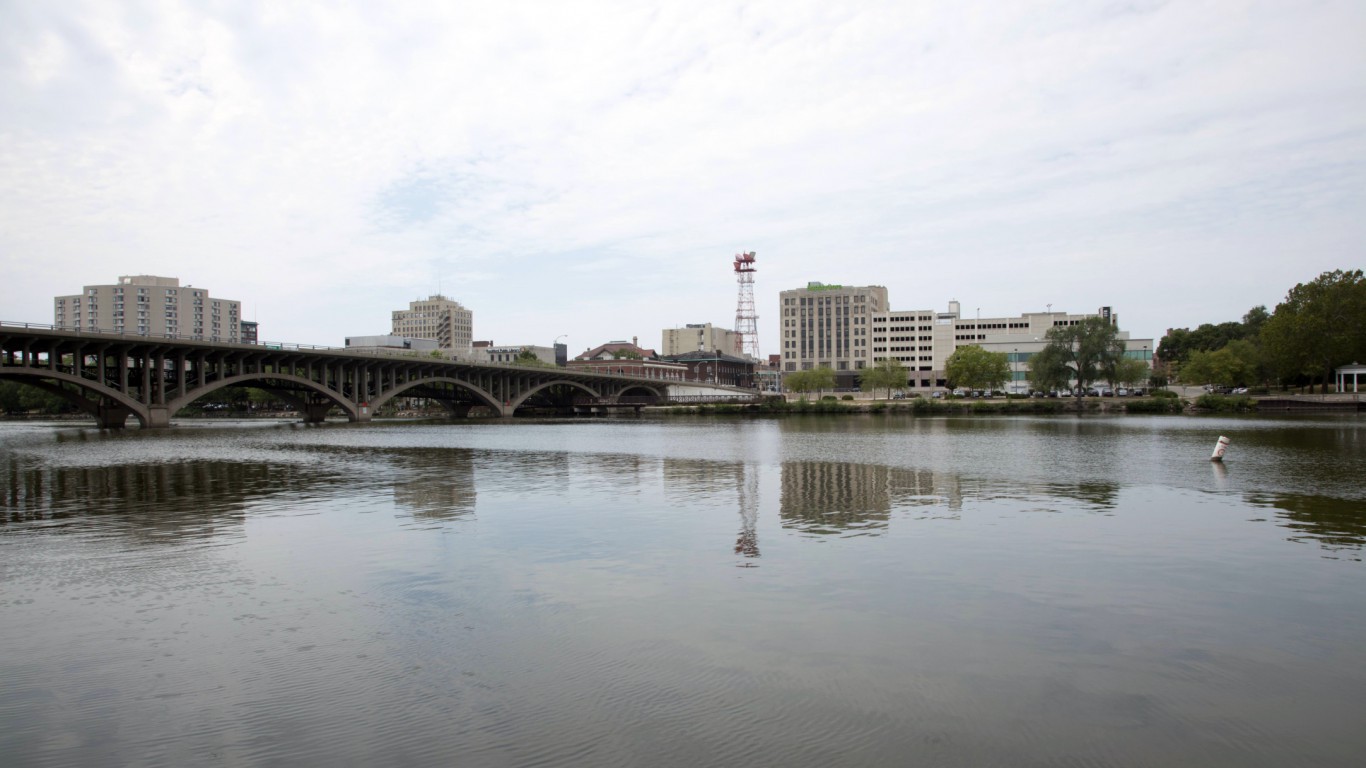 Property is very inexpensive in Rockford, Illinois. The typical home is worth just $87,200, less than half the national median home value of $194,500. While affordable housing can be positive for residents looking to buy a home, it is often indicative of economic and social difficulties. For example, some 8.3% of the city’s workforce is out of a job, and 22.4% of area residents live below the poverty line — each among the higher shares in the U.S.

Like many of the cities on this list, Rockford also struggles with crime. The northern Illinois city’s annual violent crime rate of 1,585 incidents for every 100,000 residents is over four times the national violent crime rate and ranks among the 10 worst out of the 551 cities considered.