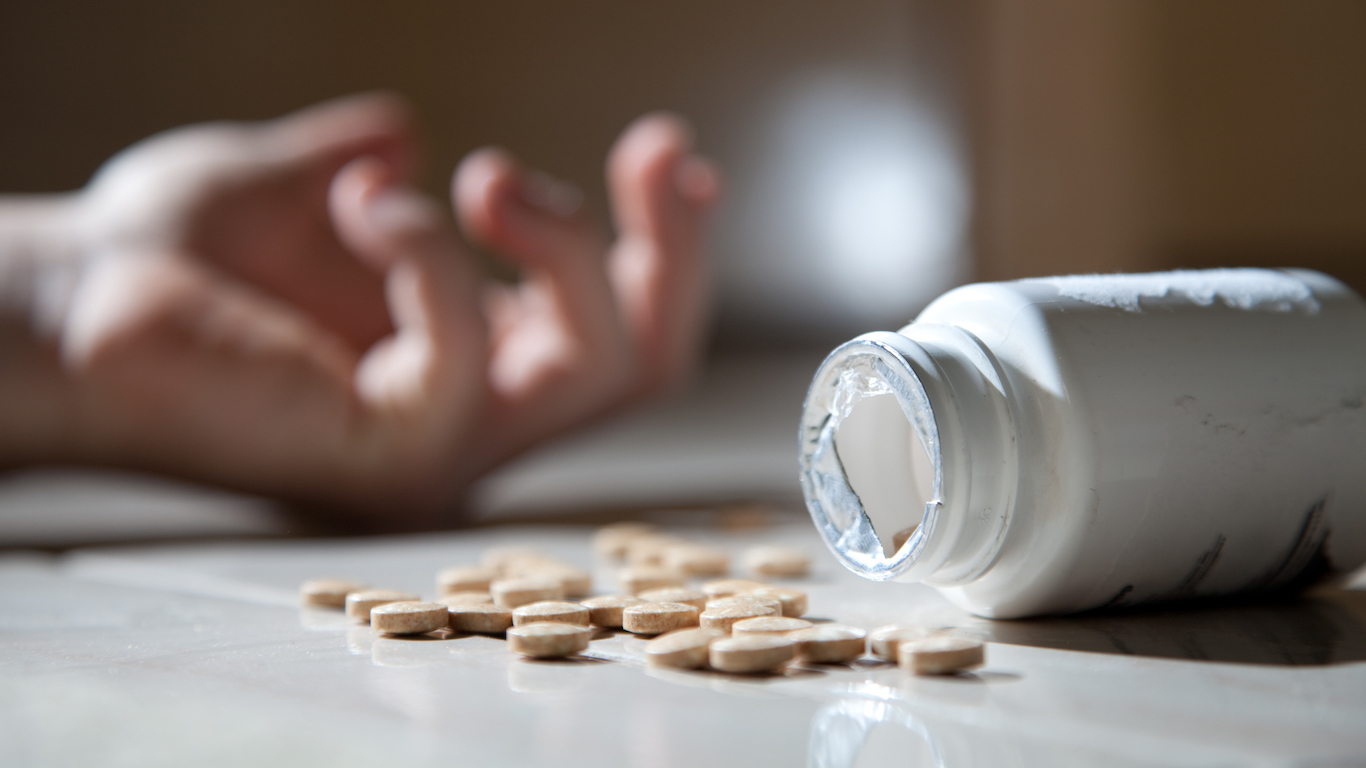 Methods of suicide are numerous, easy to access, and horrible to contemplate. According to the CDC, an estimated 1.3 million adults aged 18 or older attempted suicide in 2015. While poisoning is not the most common method of suicide among people aged 18 to 34, more than 1,000 young people used poison to commit suicide in 2015. These fatalities accounted for approximately 1.4% of all deaths among 18 to 34 year olds that year.

Drug overdoses are counted as accidental poisonings, not suicides. Toxic chemicals used in poisoning suicides can include more than recommended doses of prescription medication, carbon monoxide, and pesticides. 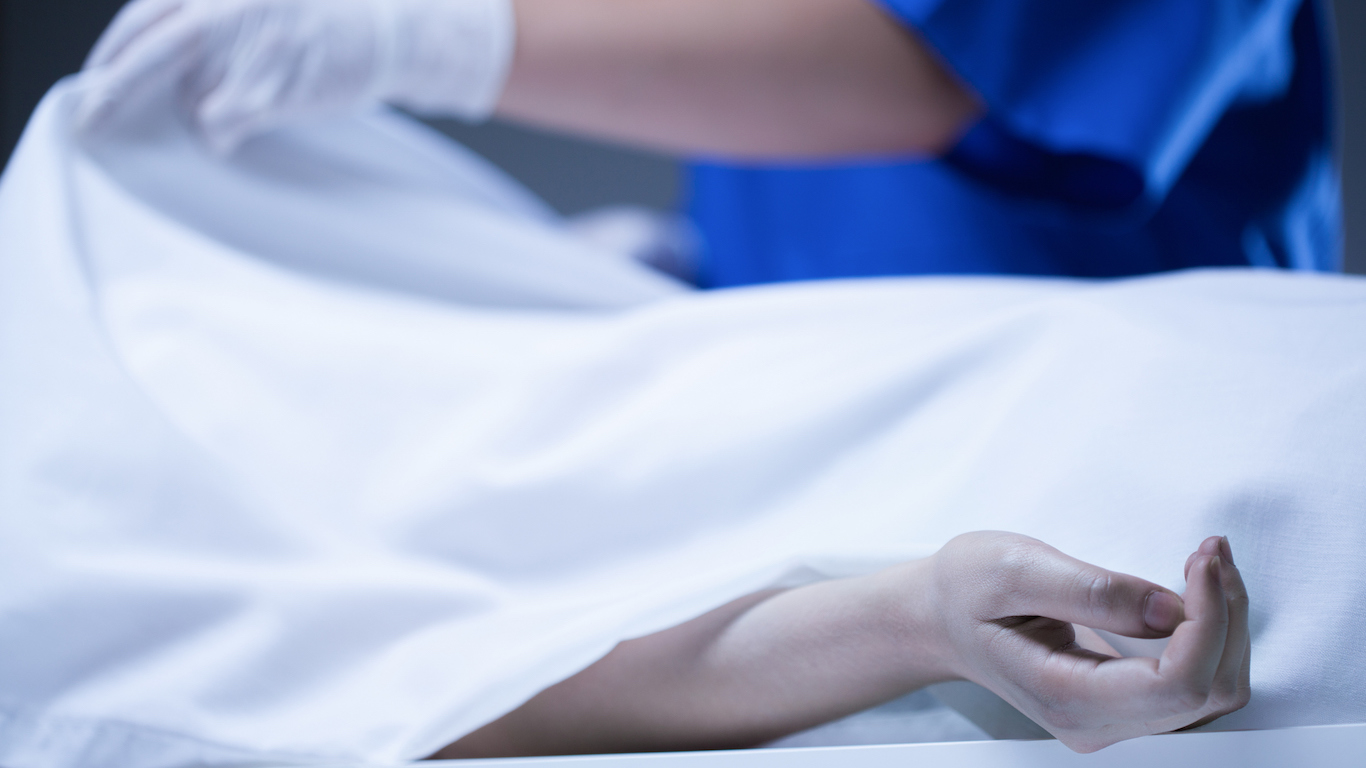 Suffocation is the second most common form of suicide, accounting for 27% of all suicide deaths in the United States. The number of suicides committed annually by Americans between the ages of 18 and 34 has increased in recent years, rising from 8,004 incidents in 2000 to 11,452 in 2015, a 25% increase when adjusted for population. Suffocation has also become a more common method of suicide over the same period, rising from 26% of all suicide deaths among the age cohort to 37%. One frequently used method involves the exit bag, a large plastic bag with a drawstring that suffocates the user by trapping the carbon dioxide exhaled while simultaneously blocking the supply of oxygen. The method is typically used with helium or nitrogen, which inhibits the sense of alarm one feels when deprived of oxygen.

24/7 Wall St.
Cities With the Most Smokers 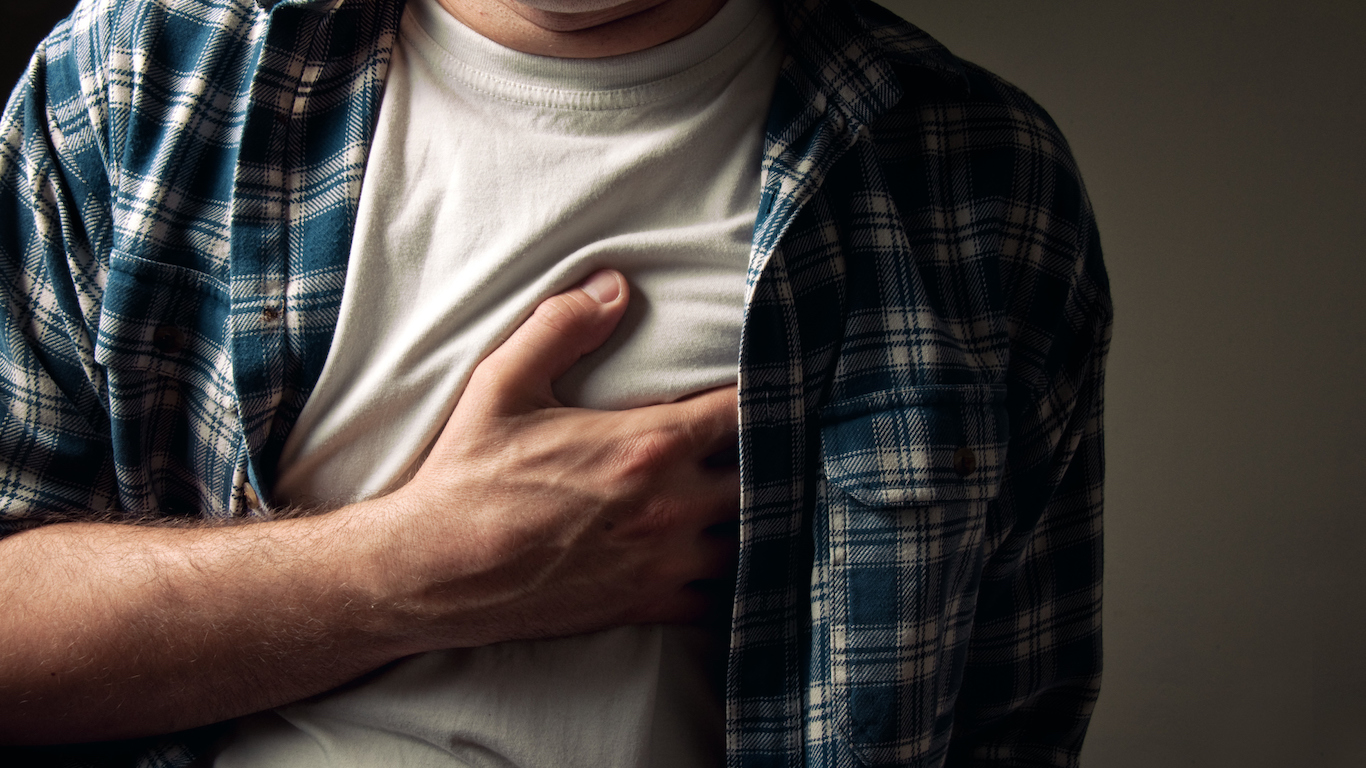 Heart disease is the leading cause of death in the United States, accounting for 23.4% of all deaths across all age groups in 2015. The risk of heart attack goes up with age. But even among young people, who compared with the elderly population are generally in better health, heart disease is one of the most common causes of death. Heart disease in younger adults is more often genetic or congenital compared to incidence among elderly Americans. While such hereditary cases do not always have a clear cause, in other cases lifestyle choices can still cause heart disease in young people. Obesity, smoking, diabetes, stress, excessive drug use, and lack of physical activity are risk factors for heart conditions regardless of age.