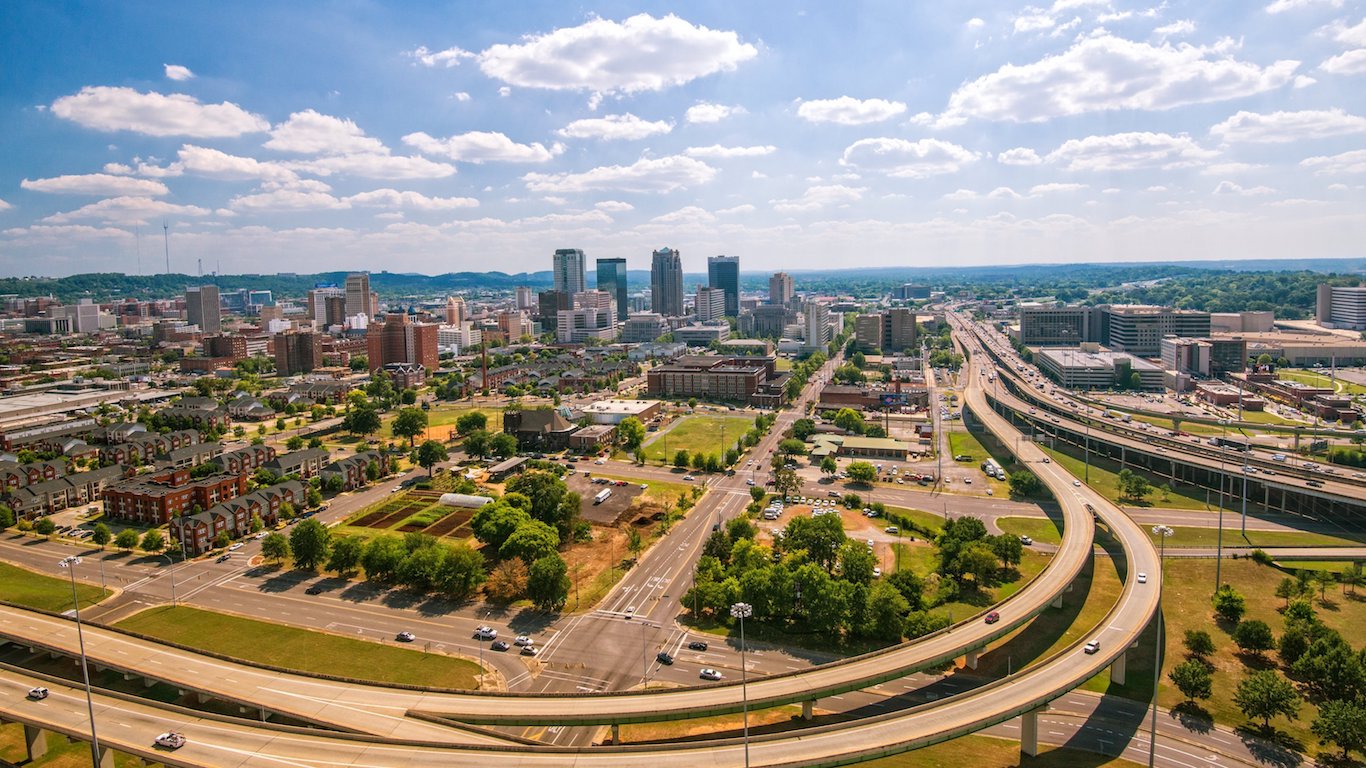 Declining population and declining jobs in a city is indicative of a struggling economy, particularly when the vast majority of major cities are growing. Of the hundreds of major cities reviewed, the population fell in only 42 over the past decade, and annual employment declined in less than 30 over the last two years. Birmingham is one of those cities in both cases, with a 3.3% 10-year population loss and a 0.9% employment decline between 2013 and 2015.

Birmingham is the poorest large city in Alabama and one of the poorest cities in the United States. About 29.2% of the city’s population lives in poverty, roughly double the 14.7% U.S. poverty rate, and the typical household earns just $32,378 a year, over $23,000 below the national median household income. 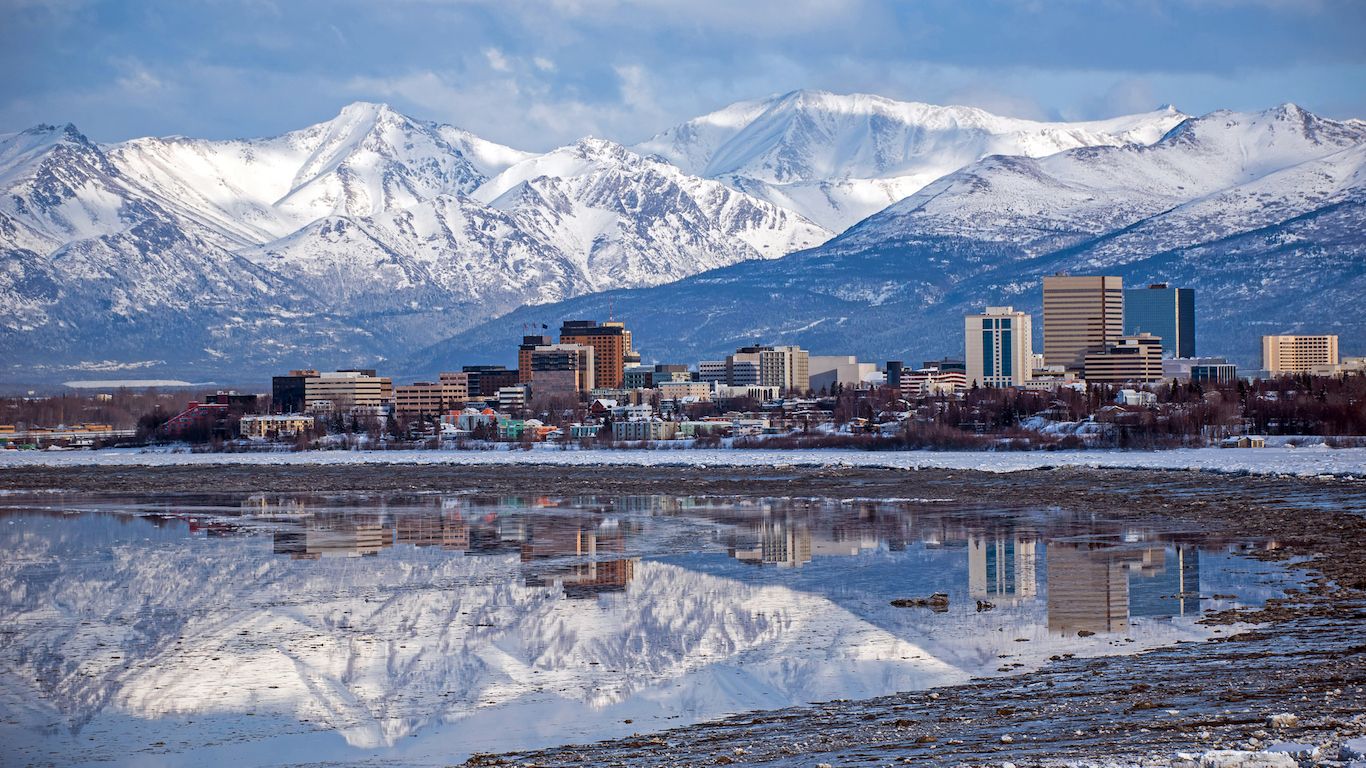 Job growth in the city has also been relatively stagnant in recent years. The city netted no new jobs between 2013 and 2015. In comparison, employment climbed by 4.0% nationwide over the same period. For those with a job in the area, commute times tend to be relatively long. The average commuter in Anchorage spends about 20 minutes getting to work — compared to only 15 minutes in Juneau and 12 minutes in Fairbanks. 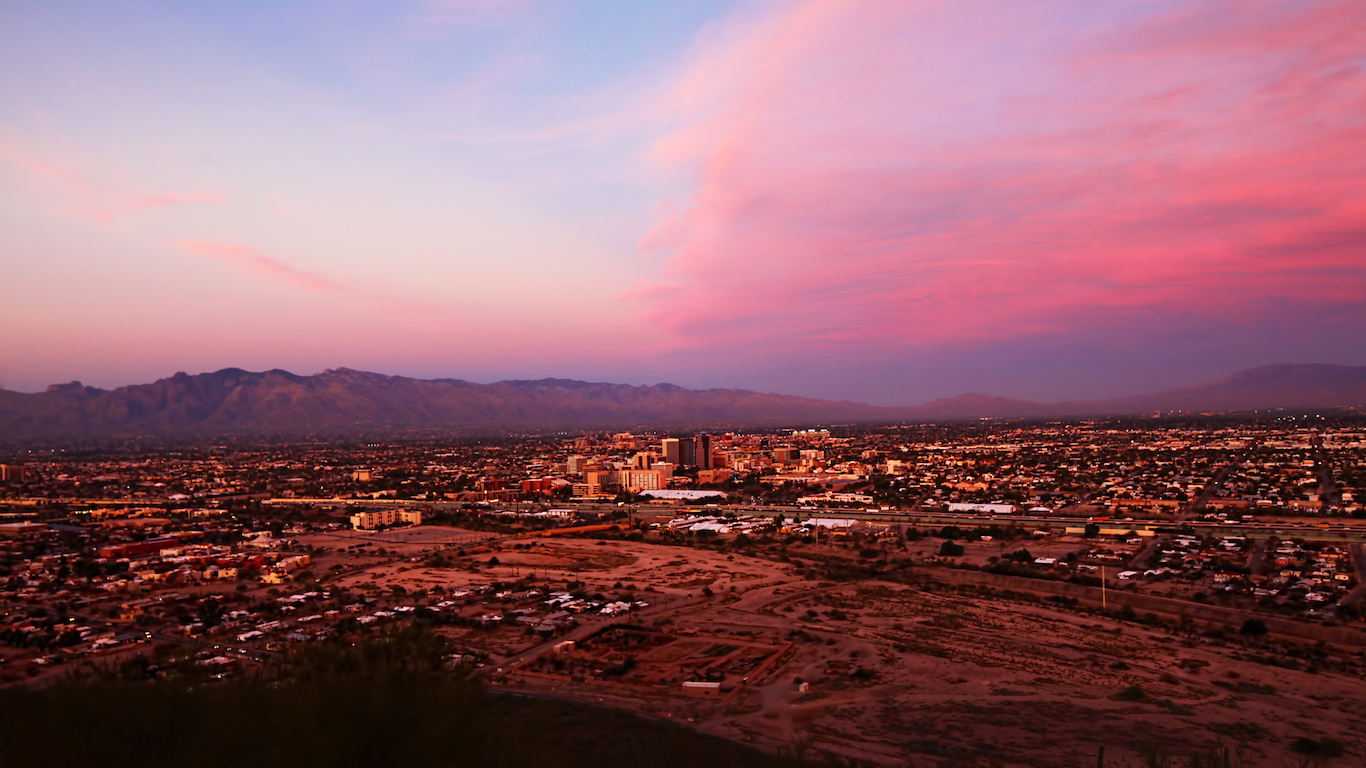 Tucson’s poverty rate of 25.2% is the highest of any large city in Arizona and far higher than the 14.7% national poverty rate. Tucson’s economy has grown slower than that of most cities in recent years, and unemployment in the area remains slightly above the national rate. The number of jobs in Tucson rose by just 2.1% from 2013 to 2015, roughly half the national employment growth over the same period. 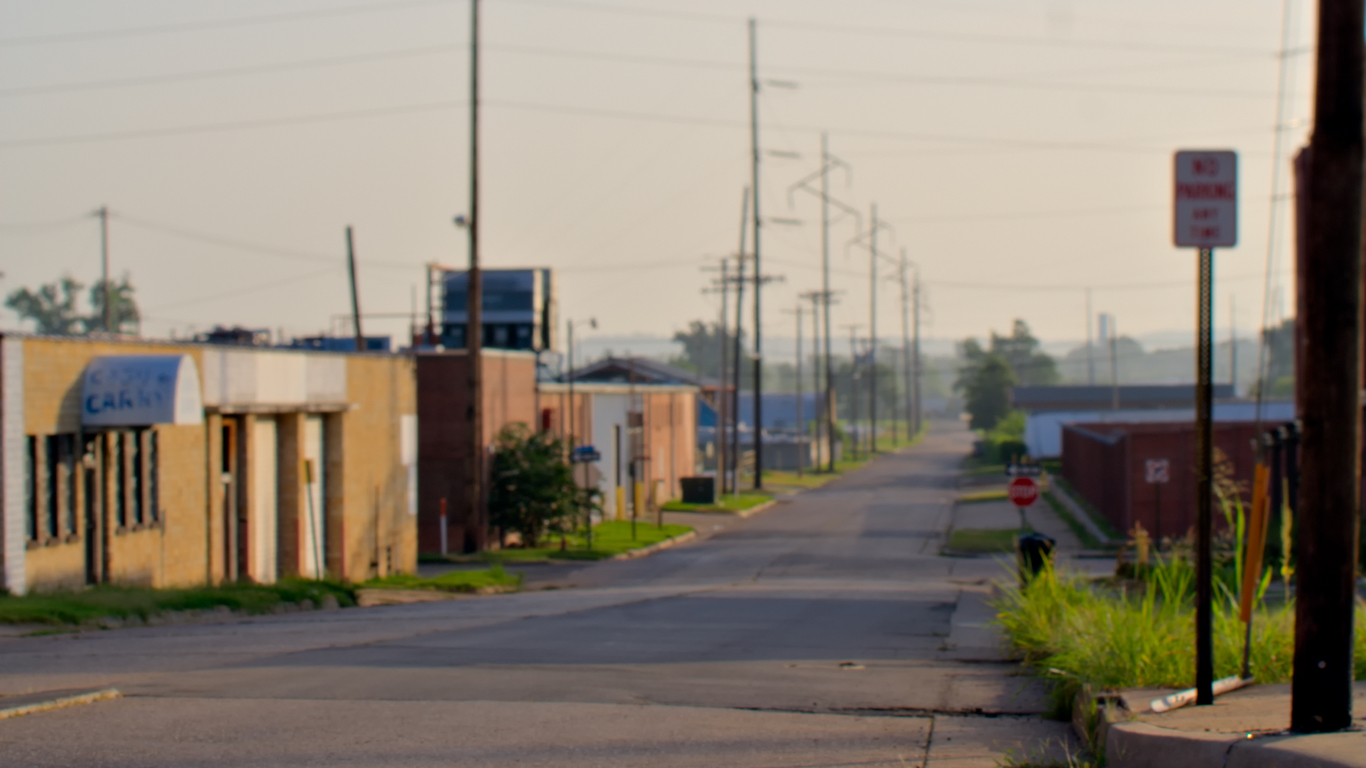 The typical Fort Smith household earns just $33,534 a year, far less than the $41,995 statewide median income and national median household income of $55,775. Additionally, 29.8% of Fort Smith residents live in poverty, well above Arkansas’ 19.1% poverty rate and nearly double the 14.7% U.S. poverty rate. One factor contributing to low earnings in Fort Smith may be the low educational attainment among city residents. Just 19.0% of adults in Fort Smith have a bachelor’s degree, the smallest share of any large Arkansas city and well below the 30.6% of adults nationwide. 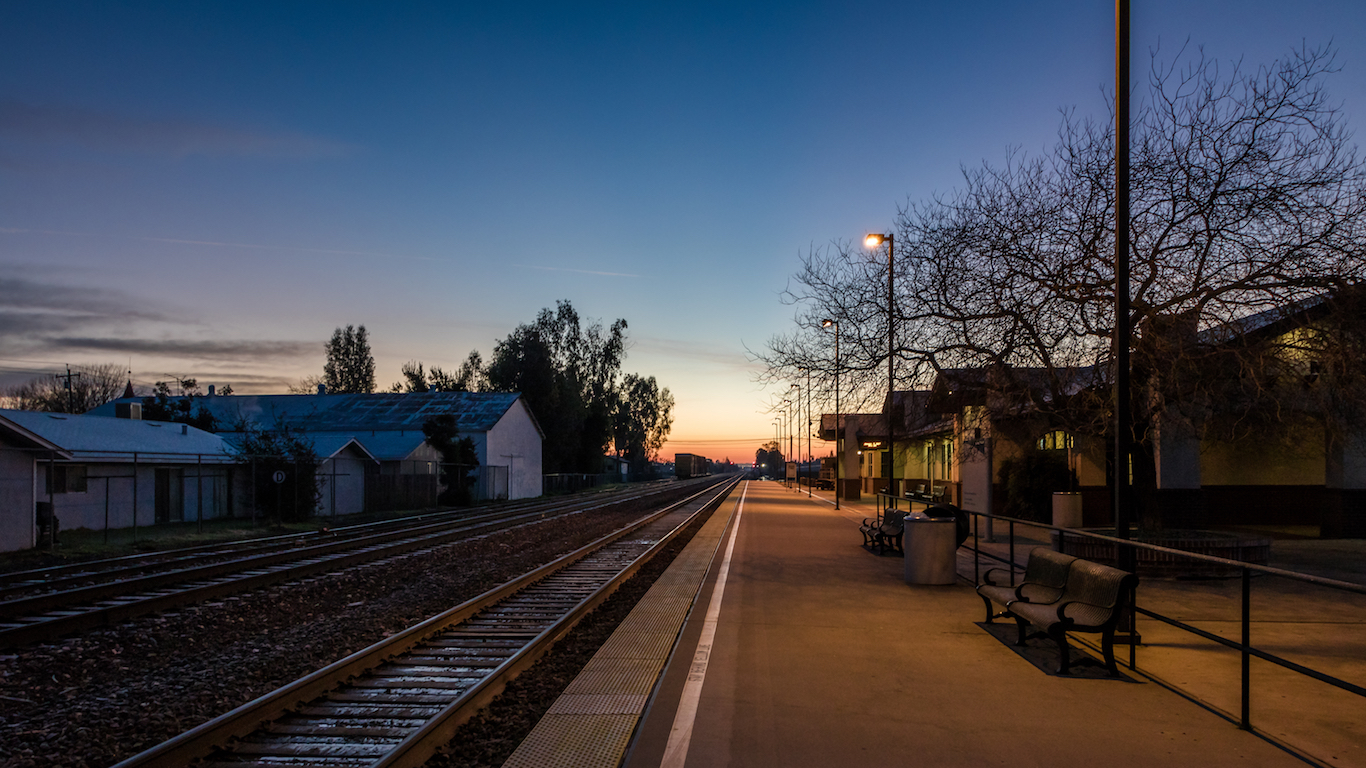 Merced is located about 75 miles east of San Jose. While it does not face the same level of risk as those cities closer to the San Andreas fault, a serious earthquake is not out of the question for the California city. More tangible difficulties making the city a less than desirable place to live include an annual unemployment rate of 10.7%, one of the worst in both California and the nation as a whole. In addition, Merced’s poverty rate of 35.1% is the worst of any large California city and more than double the national rate of 14.7%.