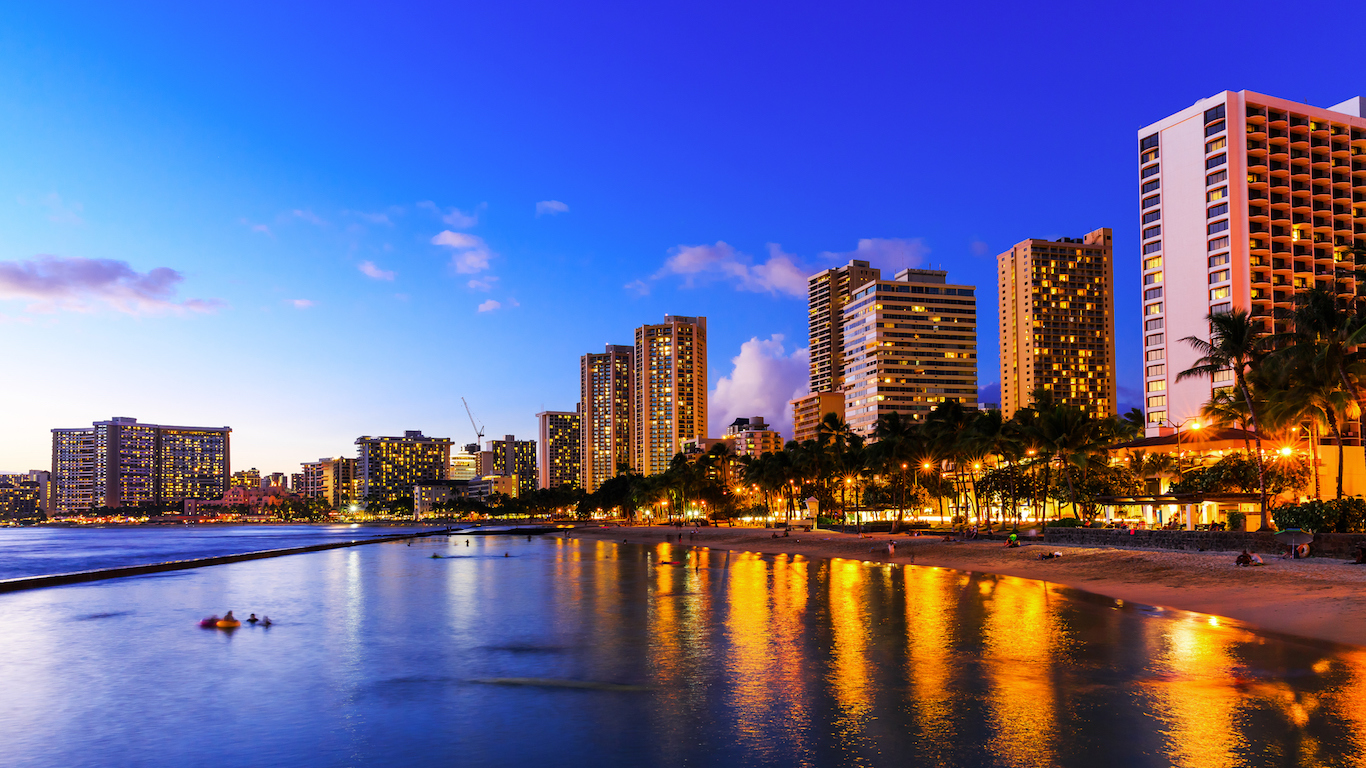 Despite ranking as the worst city in Hawaii, the broader Urban Honolulu metro area is safer than the state as a whole. There were 244 violent crimes for every 100,000 Honolulu residents in 2015, compared to 293 violent crimes per 100,000 residents across the state. 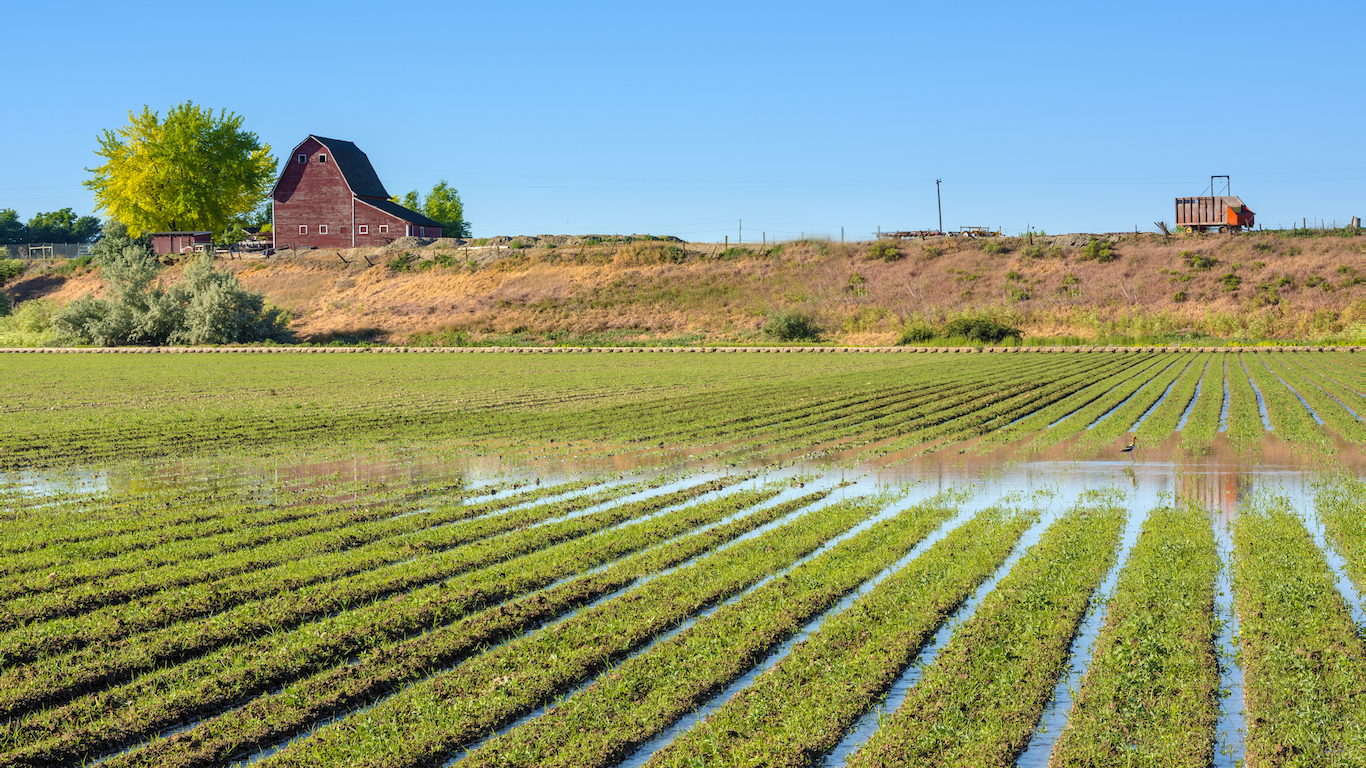 A larger share of Nampa residents face financial hardship than elsewhere in Idaho. The typical household in Nampa earns only $40,884 a year — about $14,000 less than the median income in nearby Meridian, and $7,400 less than the median income across Idaho. Additionally, 17.4% of Nampa’s population lives in poverty, the highest share of any large Idaho city, and well above the 15.1% statewide poverty rate.

As is the case with many cities on this list, Nampa is also relatively dangerous. There were 351 violent crimes for every 100,000 people in the city in 2015, compared to 216 statewide. 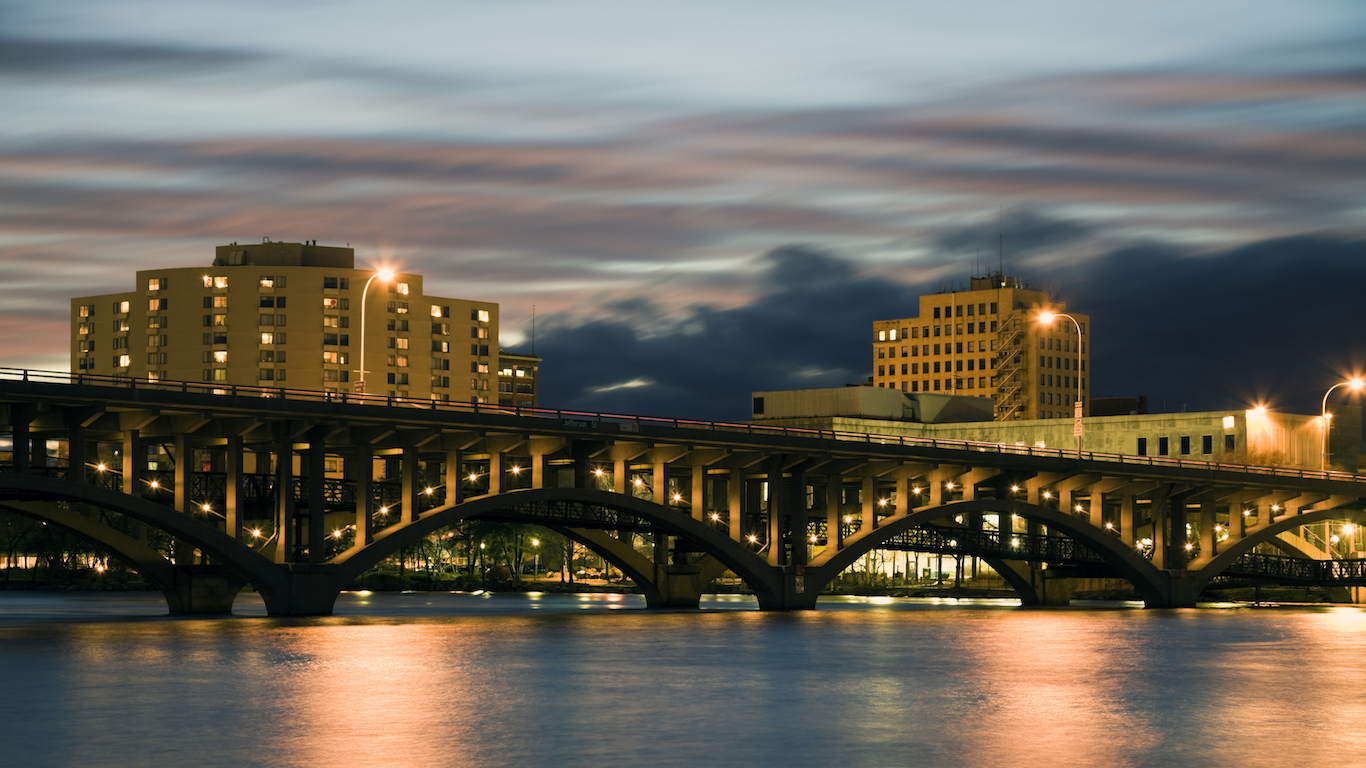 Property is very inexpensive in Rockford, Illinois. The typical home is worth just $87,200, well below the statewide median home value of $180,300. While affordable housing can be positive for residents looking to buy a home, as demonstrated in Rockford, it is often indicative of economic and social difficulties. Some 8.3% of the city’s workforce is out of a job, and 22.4% of area residents live below the poverty line — each well above the corresponding 5.9% and 12.6% statewide shares.

Like many of the cities on this list, Rockford also struggles with crime. The northern Illinois city’s annual violent crime rate of 1,585 incidents for every 100,000 residents is the worst in the state and over four times the national violent crime rate. 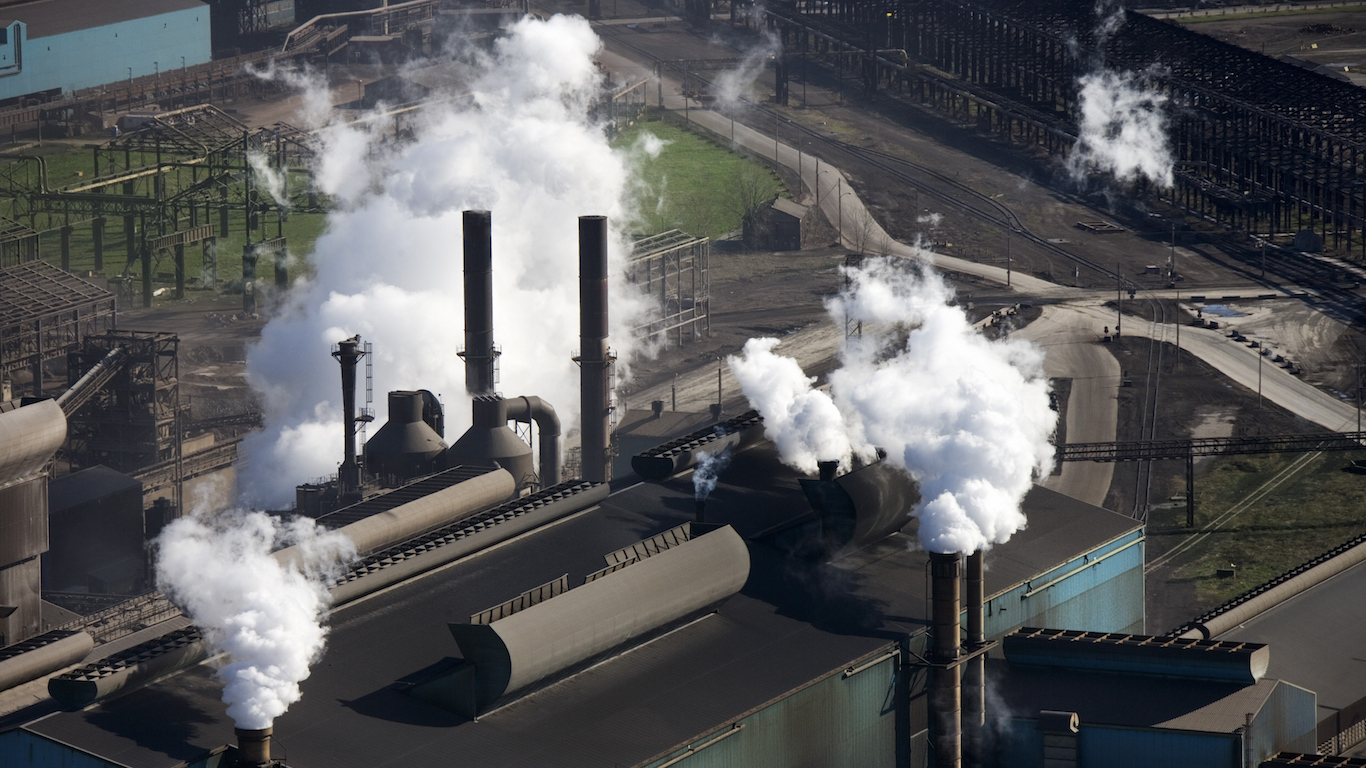 A the typical home in Gary, Indiana is worth only $68,000, the lowest median home value of any large city in the state and eighth lowest in the country. The low property values are likely the result, in part, of the city’s dwindling population. Over the past decade, Gary’s population has fallen by 20.3%, the steepest drop of any U.S. city over that period.

A stagnant job market is not helping economic conditions in Gary. Nearly one in every 10 workers in the city are out of a job, more than double the 4.8% statewide unemployment rate. The bleak economic picture is underscored by the relative lack of small businesses such as restaurants, bodegas, and cafes. There are only about 80 of these establishments for every 100,000 city residents, one of the smallest concentrations of any large city and well below the 165 per 100,000 nationwide concentration. 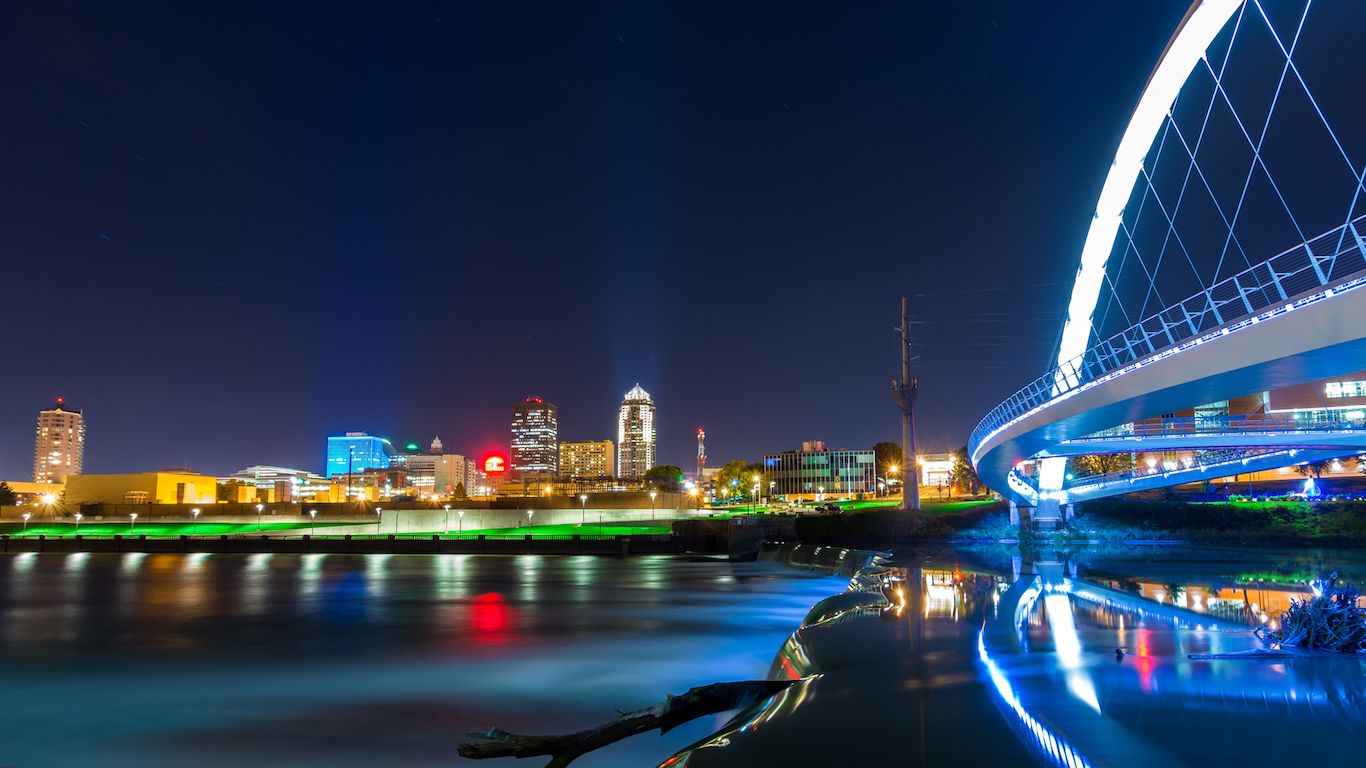 The cost of living in Des Moines is relatively low. Goods and services cost only about 81% of what they do nationwide on average. In contrast to the relatively low price of groceries, transportation, and utilities, however, the area has high property taxes. The typical homeowner pays 2.1% of their home value in taxes — more than any other major city in the state and well above the 1.2% effective statewide rate.

Iowa’s capital city also suffers from high crime rates. There were 714 violent crimes and 4,011 property crimes in Des Moines for every 100,000 residents in 2015, well above the comparable crime rates of 373 nationally and 286 statewide.