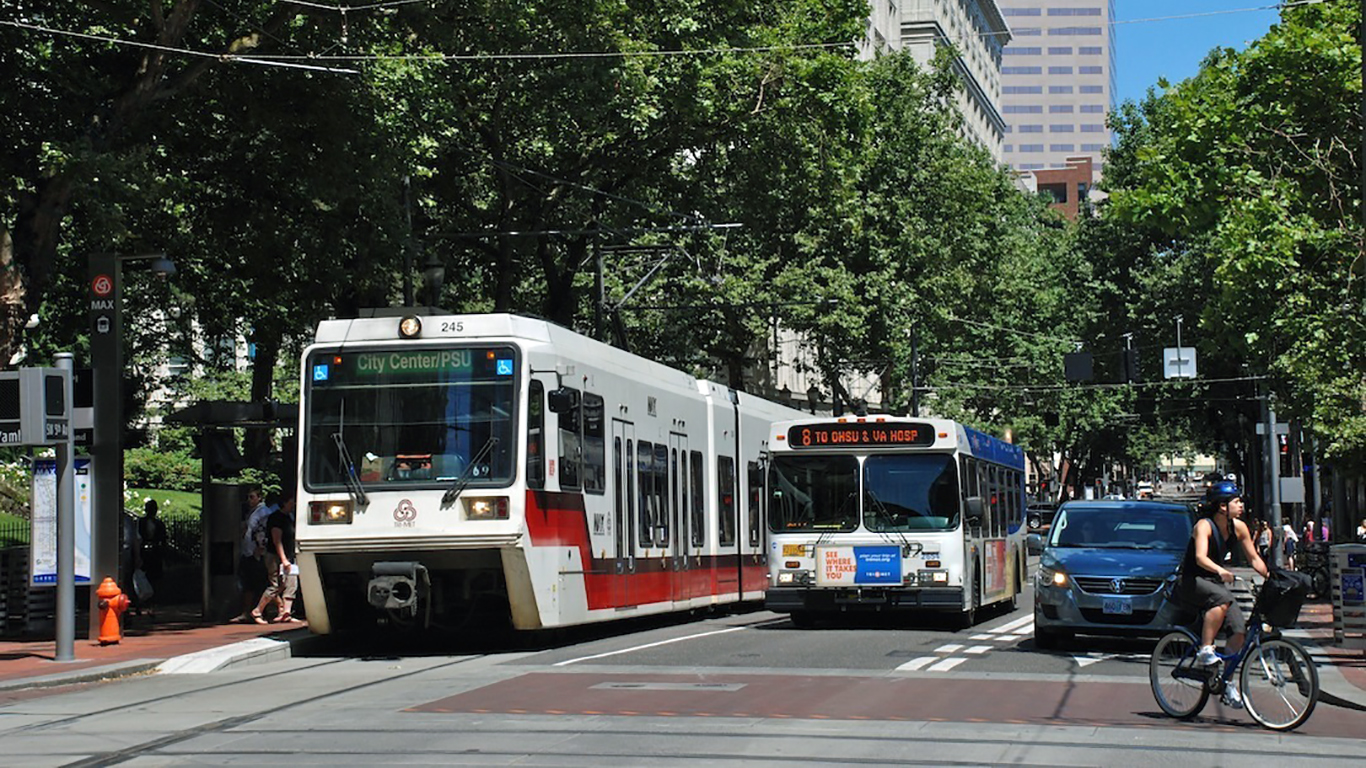 Public transportation in Portland primarily consists of a streetcar operated by the City of Portland, buses, light rail, and a hybrid rail operated by TriMet, and commuter buses and a vanpool system operated by C-Tran. At $2 per ride, $40 per month, or $440 per year, Portland’s streetcar is nearly the most affordable in the country. Portland is also home to one of the only two commuter aerial trams operating in the United States. The system opened in December 2006, and the average tram car is 8.0 years old. Citywide, vehicles used in Portland’s public transit are 9.6 years old on average, one of the younger fleets of any major city. 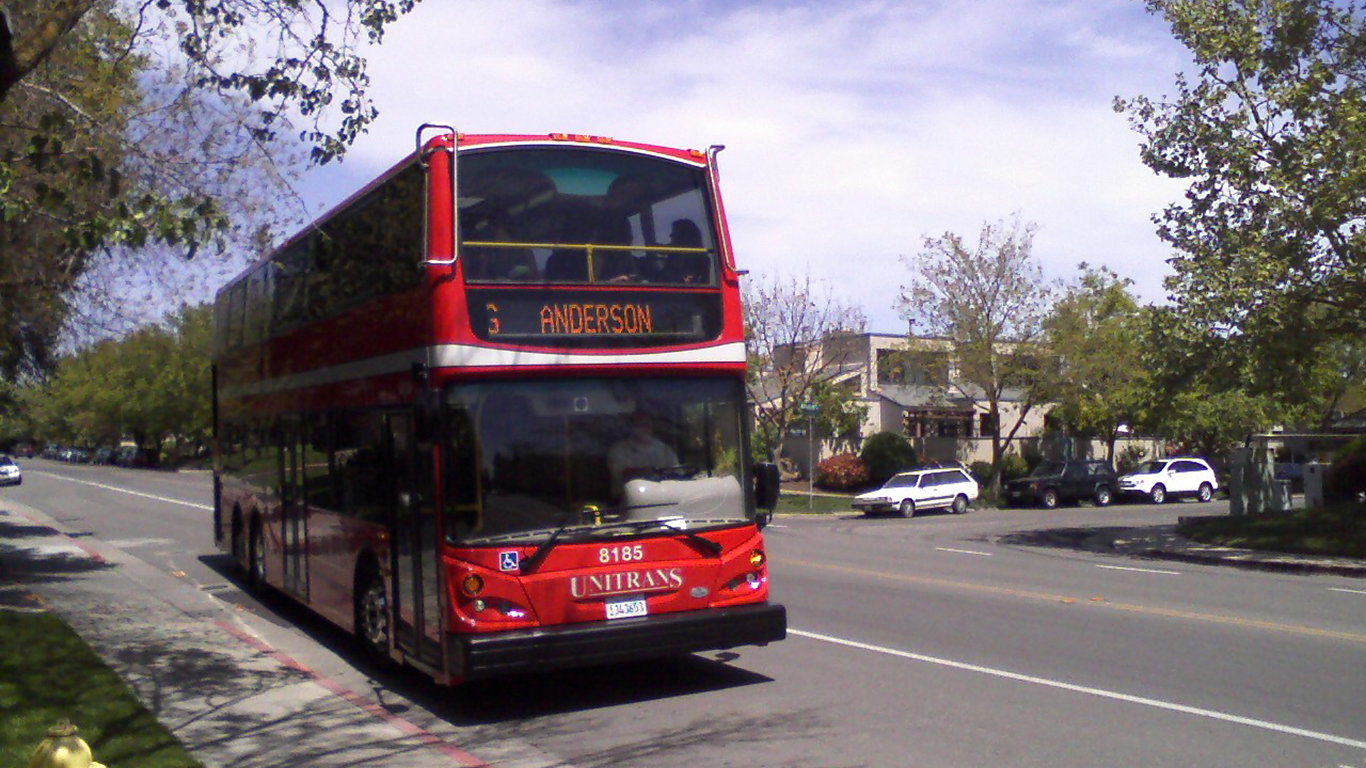 Davis is one of many college towns with a quality public transportation system. An estimated 39.6% of Davis residents are enrolled in college — many at the University of California, Davis — and 6.2% of commuters use public transit, slightly more than the 5.1% national average. UC Davis undergraduates ride for free on Unitrans, a system of double-decker buses once belonging to the city of London and single-deck buses that run on natural gas. An estimated 92.7% of all fuel used in the Davis public transportation system comes from compressed natural gas and 7.4% from biodiesel, making Unitrans one of the most environmentally friendly public transportation systems in the United States. While Unitrans serves an average of 47 passengers per hour — more than the 34-passenger per hour U.S. average — there have been just 1.4 accidents and 1.9 injuries per million miles in the system since 2002, less than one-third the corresponding national figures. 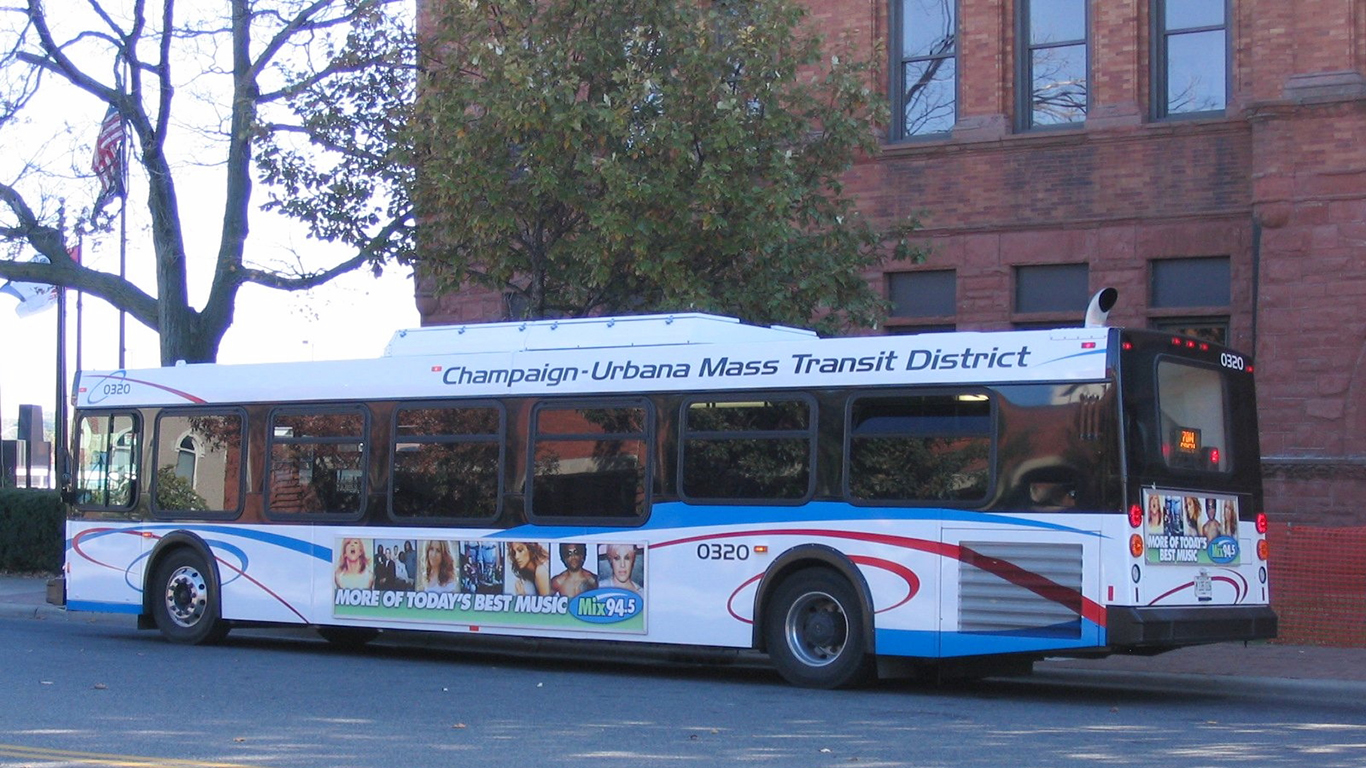 Another college town with an impressive public transportation system is Champaign, home to the University of Illinois. Having an inexpensive fare most likely influences the city’s above-average ridership in comparison to the country on the whole. The city also recently received a grant that will further improve its transit system. With funding from the Federal Transit Authority’s Low or No Emission Grant Program, the Champaign-Urbana Mass Transit District will deploy two 60-foot articulated hydrogen fuel cell buses in the near future. The FTA grant was announced in mid-September, and the buses are expected to start picking up passengers in 2019.

The transit system in Ithaca is among the safest in America. The city has only had 28 collisions, derailments, fires, and other security issues due on public transit over the past 15 years — the third least of any city reviewed when adjusted for miles driven. There were only 25 reported injuries over that period, the fourth least per million miles traveled. In addition to the transit system’s impressive safety record, Tompkins Consolidated Area Transit offers relatively inexpensive fare. Cornell students ride buses for free on weekday evenings and throughout the weekend, and regular fare in the city center is just $1.50 for adults and $0.75 for youth. 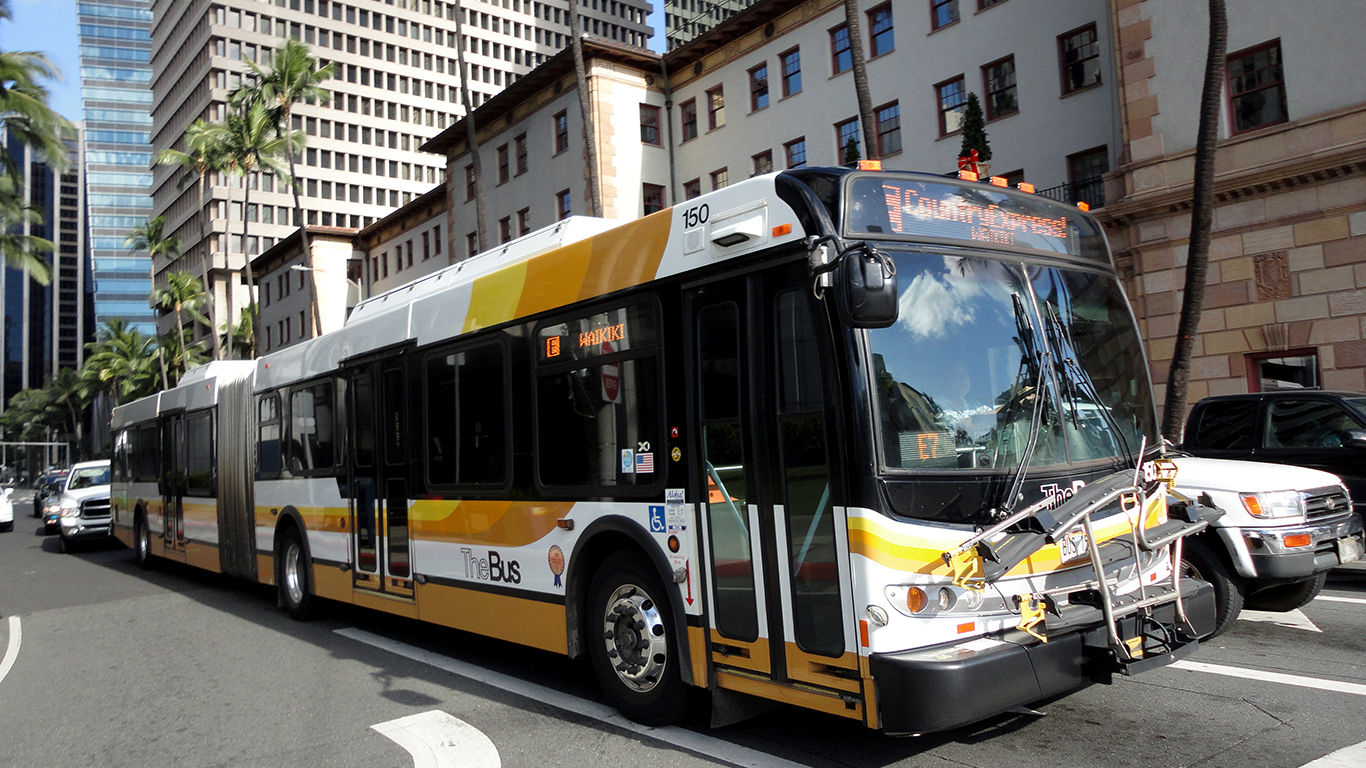 Honolulu’s bus transit system, TheBus, is the only mass transit system to be recognized as America’s Best Transit System twice by the American Public Transportation Association. The public transportation system also offers some of the lowest fare in the United States. Regular bus fare is $2.50 for one way, $60 for a monthly pass, and $660 for unlimited rides year-round. The average fare per trip is just $0.78, nearly half the $1.52 average fare per trip nationwide.

To improve traffic congestion, Hawaii voters approved a $4.6 billion rail transit project in 2008 that will run through Honolulu along the southern coast of Oahu. The cost of the project has since risen to $9.5 billion, one of the most expensive rail transit projects per capita in the United States. Rising costs have led to a $3 billion budget shortfall for the project and put construction on the elevated rail line at a standstill.