Albuquerque is one of the worst places to own a car in large part because there is a good chance it might get stolen. There were 1,114 car thefts for every 100,000 Albuquerque residents in 2016, by far the highest car theft rate in the nation. The next highest city on this list has under 900 cars stolen per 100,000 people.

Fortunately for Albuquerque motorists, gas prices are relatively low, at just $2.07 per gallon on average. 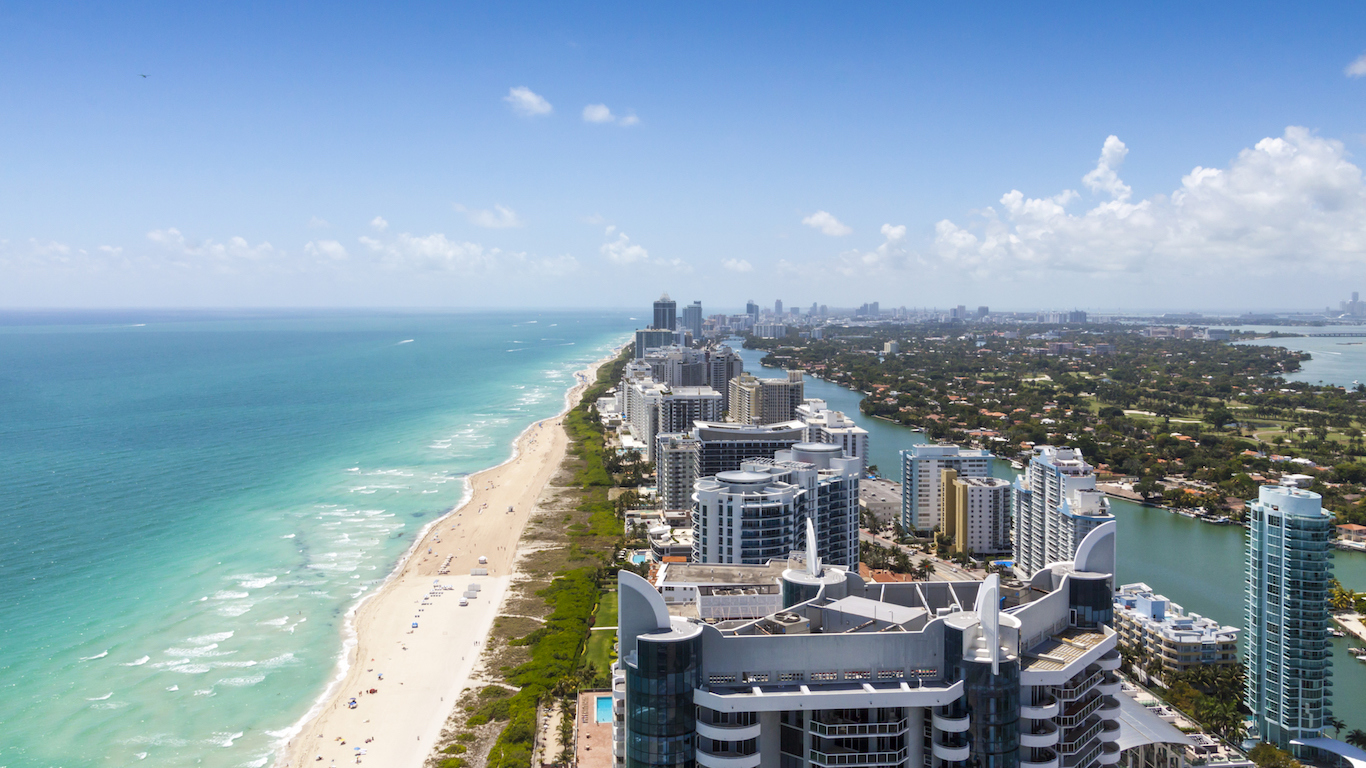 Miami has some of the worst traffic in the country. Area commuters lose an average of about 52 hours per year to traffic delays, more time than in all but half a dozen other U.S. metro areas. Likely due in no small part to congestion and delays, commute times for many in the area are long. Only about 6.3% of workers spend less than 10 minutes getting to work — about half corresponding share of workers nationwide. Similarly, 10.7% of workers in the Miami metro area spend more than an hour commuting to work each day compared to only 9.1% of workers nationwide. 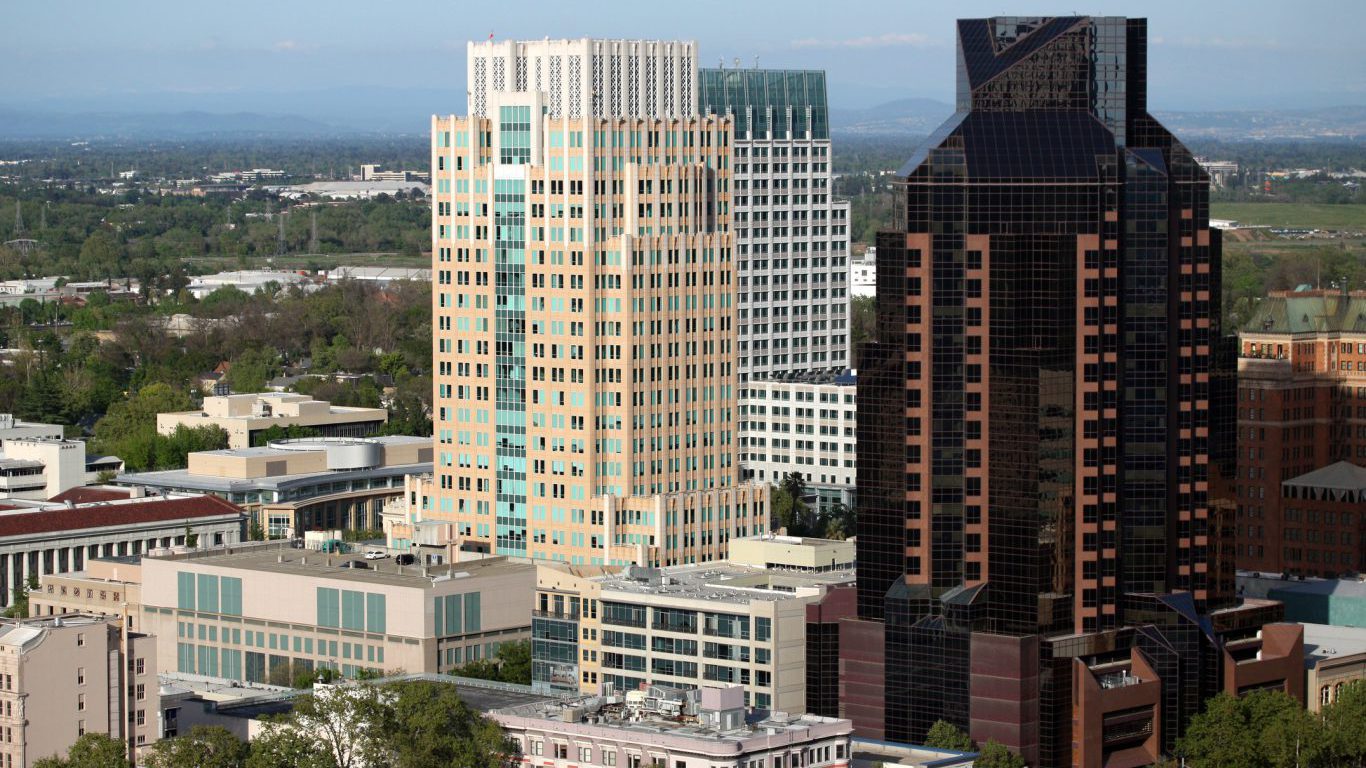 As is the case in much of California, gas is not cheap in the Sacramento metro area. A gallon of gas cost an average of $2.76 cents in the last year, the ninth highest average cost of any U.S. metro area.

Many motorists in the metro area are also relatively vulnerable to car theft. There are 492 stolen automobiles for every 100,000 Sacramento residents per year, nearly five times the U.S. car theft rate.

The typical commuter in the Baltimore area spends 31 minutes getting to work, a longer time than in all but a dozen U.S. metro areas. Long commutes are partially due to traffic delays and congestion. The average commuter in Baltimore-Columbia-Towson spends more than 65 hours in traffic per year, more time than in nearly every other metro area. 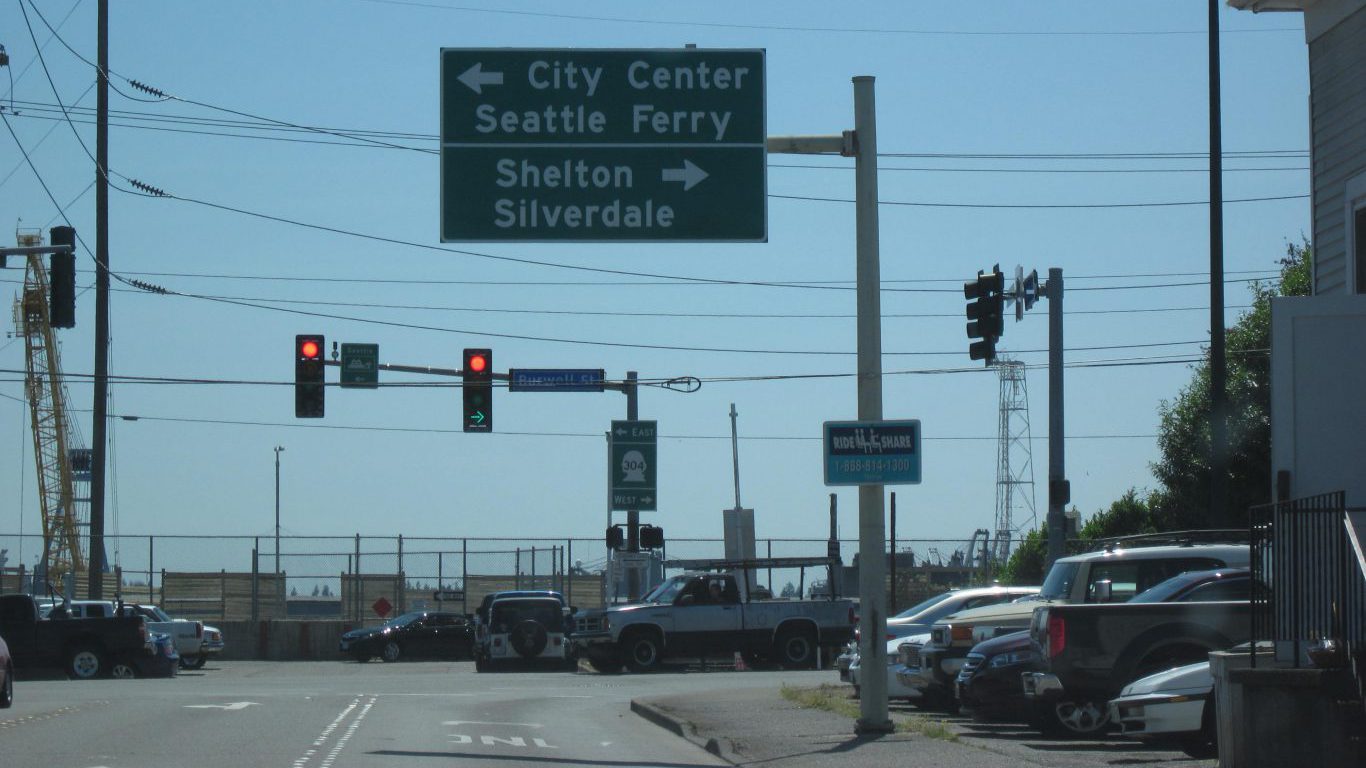 Just 30.4% of Bremerton-Silverdale, Washington’s workers leave for work between 7:00 and 9:00 a.m, compared to 43.3% of workers nationally. That is likely because 47.3% of its commuters leave for work before 7:00 a.m. compared to 32.3% of people nationwide. Despite the unusual commute times, the metro area ranks in the top five in terms of gas and time lost to traffic delays per commuter. Traffic delays cost area drivers an average of 26.6 gallons of wasted fuel annually.