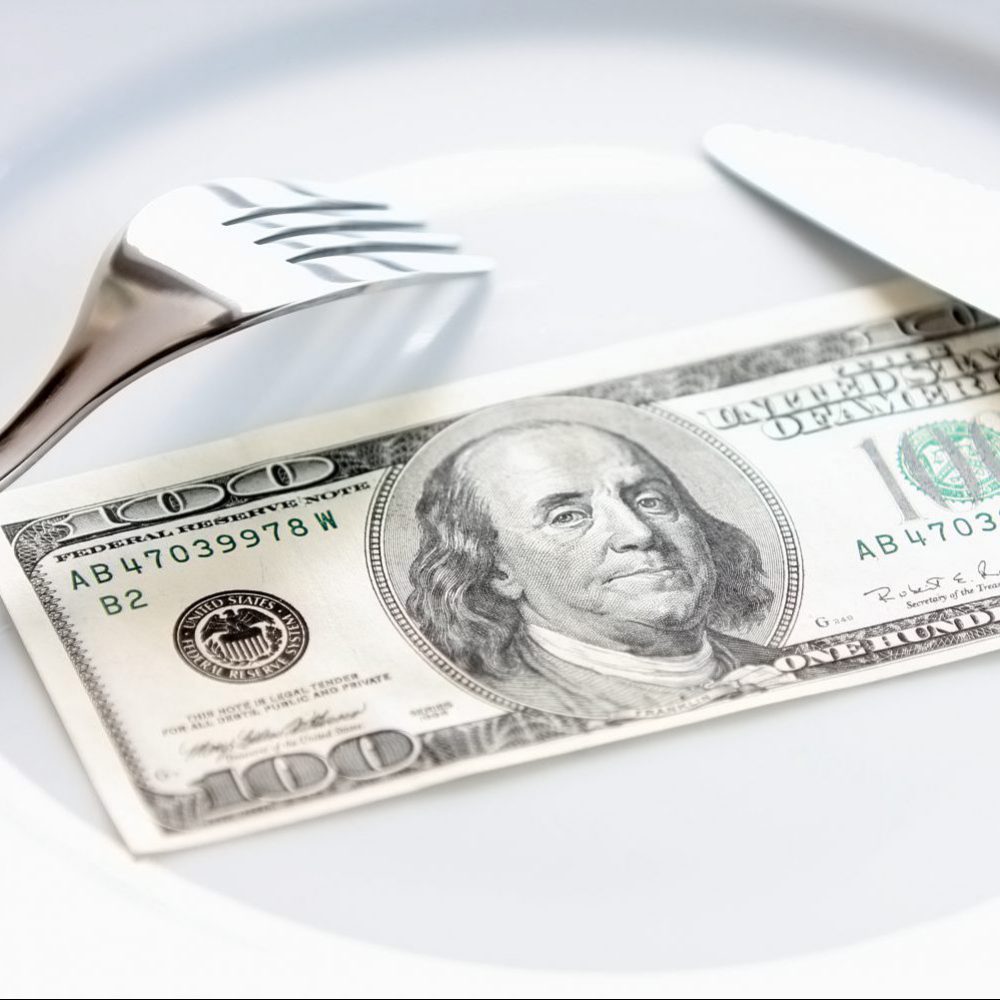 Source: iomis / Shutterstock.com
It’s no news that eating out can be pricey. In America’s largest cities, a meal for two can cost more than a thousand dollars. While in other parts of the country, restaurants offer more modest fare. Regardless, every state has a restaurant that can break the bank.

Just how high can the price of a dinner possibly be? At some of these restaurants, the cost of a dinner for two far exceeds the amount you may have paid this month for rent or student loans. While it’s hard to predict what an individual may spend in one evening at dinner at any restaurant, steakhouses and restaurants with tasting menus tend to have the most expensive options.

Click here to read about the most expensive restaurant in each state.

For example, the most expensive place to dine in the United States is Masa, a Japanese restaurant with three Michelin stars in the heart of New York City. For just one person it costs $595, so if a friend or significant other is tagging along dining at Masa will set you back over $1,300. In Delaware, the most expensive meal at The Green Room costs $40, which is a fraction of what you would spend at Masa.