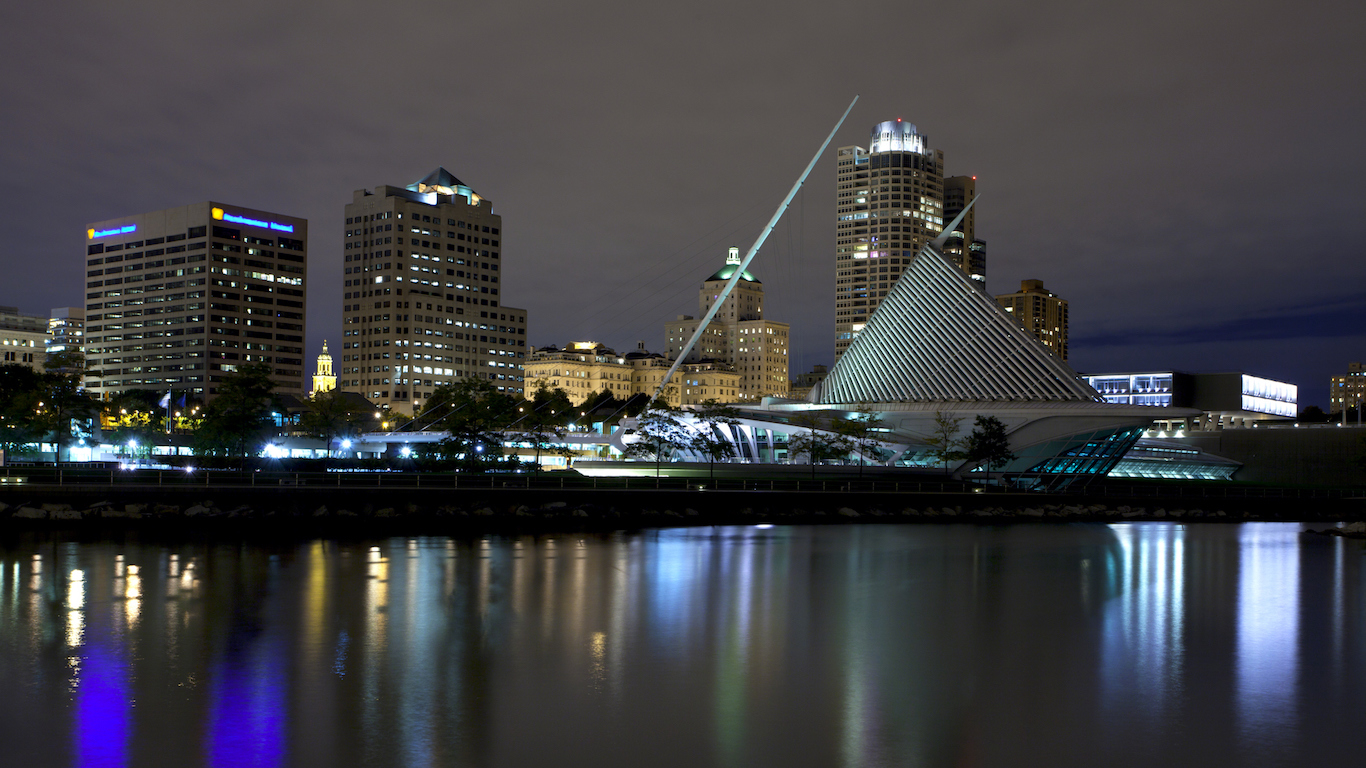 While the homicide rate nationwide increased 8% over the past year, there was a slight 3% decline in the number of murders reported per capita in Milwaukee. There were 23 murders reported per 100,000 residents in Milwaukee in 2016, a decrease from the 24 murders that were reported in the city per 100,000 residents in 2015. As a result, Wisconsin’s homicide rate fell from ninth highest in the country to 15th highest.

Despite the improvement, Milwaukee remains one of the most dangerous places in the country. Overall there were 1,533 violent crimes — which also includes rape, robbery, and aggravated assault — per 100,000 residents in 2016, nearly four times the national rate of 386 incidents per 100,000 residents and the eighth most of any city. 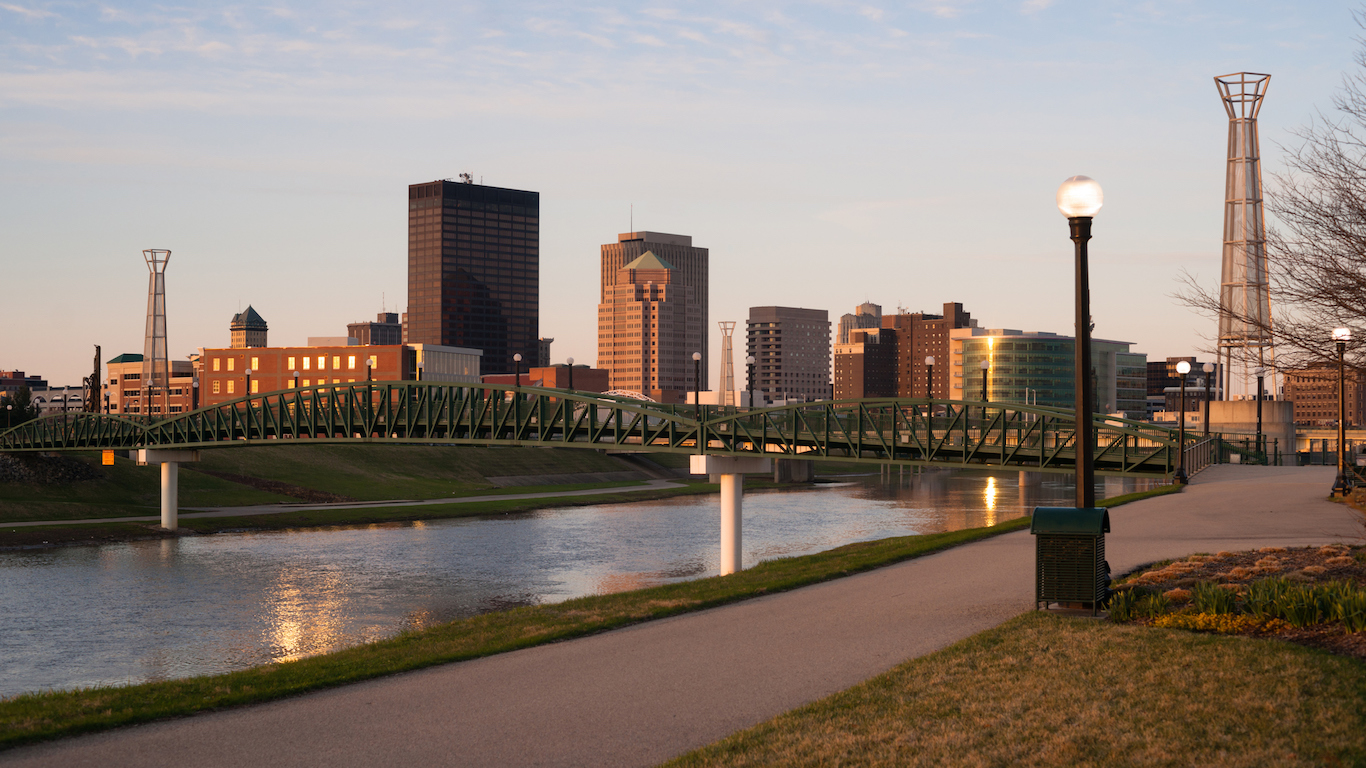 There were 36 murders in Dayton in 2016, the second most of any city in Ohio when adjusted for population and 10 more murders than were reported in the city the year prior — pushing Dayton’s homicide rate from 19th highest in the country to 14th. There were also 133 rapes, 496 robberies, and 737 aggravated assaults. In total there were just about 1,000 violent crimes per 100,000 Dayton residents in 2016, close to three times the national rate of 386 violent crimes per 100,00 Americans.

Crime is frequently a symptom of poverty, and the poorest parts of the country often have the most criminal activity. In Dayton, some 19.7% of households earn less than $10,000 a year, and 35.5% of residents live in poverty, the sixth and fourth largest shares of any U.S. city.

Kansas City is one of 12 cities slated to receive aid from the U.S. Justice Department in combating the upward trend in violent crime. According to the June 2017 announcement introducing the program, the partnership will focus on fighting gun crime, drug trafficking, and gang violence. 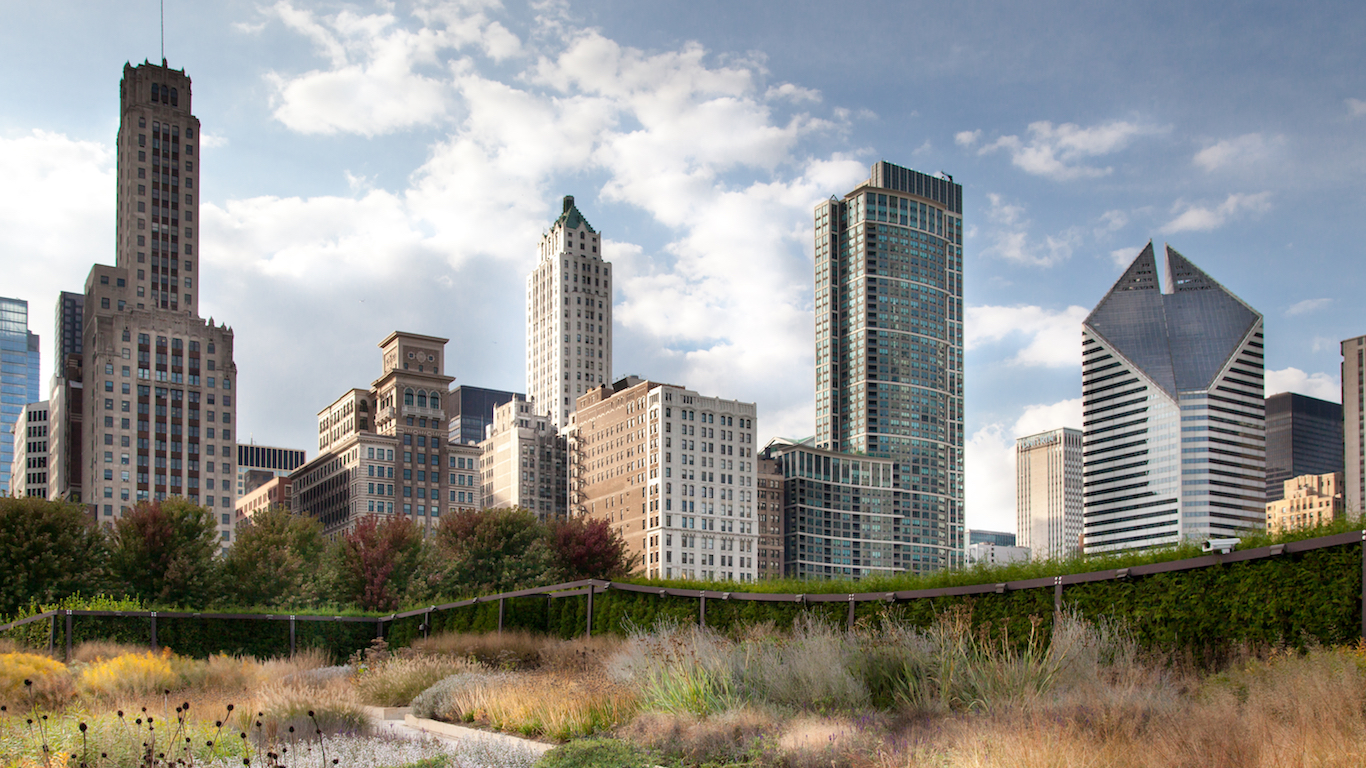 Chicago’s spiraling crime rate has prompted analysis from sociologists and other experts, yet there is little consensus as to what is causing the spike in violence. One factor contributing to the high homicide rate in Chicago is gun violence. While the homicide rate in Chicago when guns are not involved is roughly similar to the rate in similar cities like New York, the city’s firearm-related homicide rate is one of the highest in the country. Chicago currently has more lenient firearm sentencing laws than New York. Illegal gun possession carries a one-year minimum sentence in Chicago, compared to 3.5 years in New York.

San Bernardino was one of many large cities that contributed the most to the increase in the U.S. murder rate over the past year. There were 62 homicides reported in San Bernardino in 2016, a 41% increase from the 44 murders reported the year before — which included the December 2, 2015 mass shooting that claimed 14 lives and seriously injured 22 others.