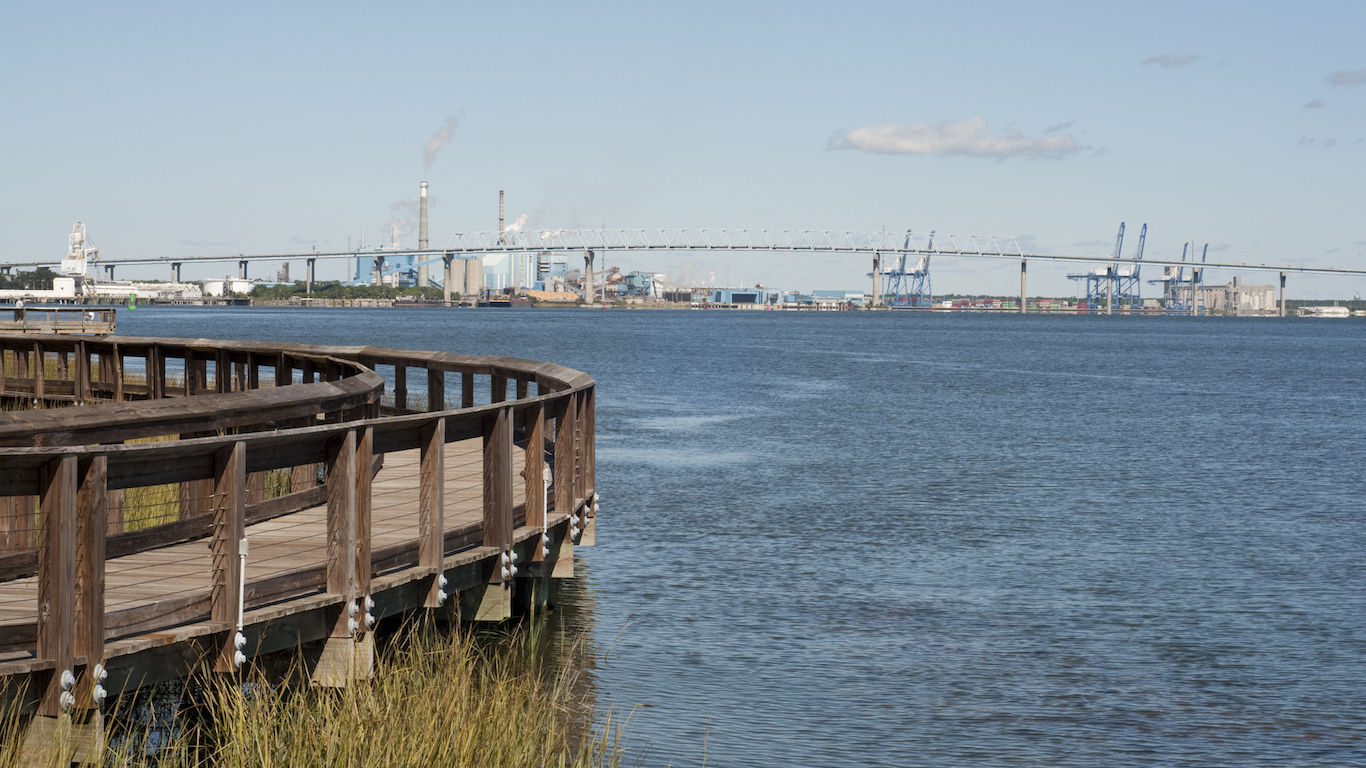 Barely any city contributed more to the increase in the national homicide rate last year than Memphis. There were 61 more murders in Memphis in 2016 than the year prior, the largest increase of any city other than Chicago. In total, there were 30 murders reported for every 100,000 city residents, compared to 21 murders per 100,000 in 2015. While the number of murders in the city rose 45% year-over-year, other violent crimes — rape, robbery and aggravated assault — were largely unchanged. According to the Memphis Police Department, there were five incidents with two homicide victims, and two incidents with three victims in 2016. 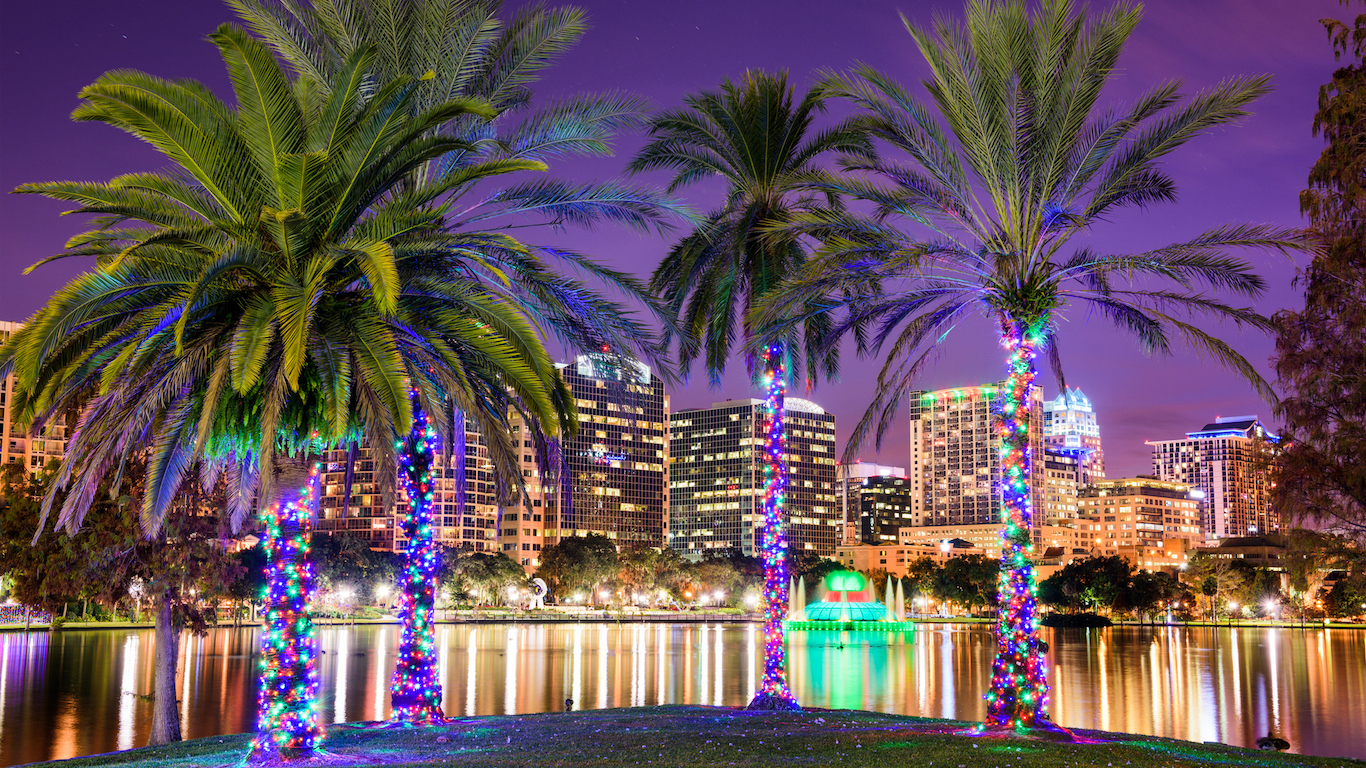 There were 84 homicides in Orlando in 2016, an increase of 52 murders from the year prior. The city’s homicide rate nearly tripled, rising from 12 murders per 100,000 residents in 2015 to 30 incidents per 100,000 residents in 2016. The increase was largely due to the mass shooting at Pulse nightclub, which claimed 49 lives and wounded 58 others. The Pulse nightclub shooting is currently the second deadliest mass shooting in U.S. history. Excluding the casualties from the nightclub shooting, Orlando’s homicide rate would have remained largely unchanged from 2015 to 2016.

While the nightclub shooting drove Orlando’s homicide rate to the eighth highest of any city, the metro’s overall violent crime rate — which includes rape, robbery, and aggravated assault — lies outside of the top 60. There were 838 violent crimes per 100,000 Orlando residents in 2016, double the national rate yet the lowest of any city with more than 23 murders per 100,000 residents.

There were 34 violent crimes per 100,000 residents in Jackson in 2016, far more than the national rate and the seventh most of any U.S. city. Crime is often most common in areas with limited economic opportunity. In Jackson, 5.8% of the workforce is unemployed, far more than the national unemployment rate of 4.9%. Some 16.0% of households in Jackson earn less than $10,000 a year, and 30.9% of residents live in poverty — each some of the largest shares of any city.

Jackson is one of 12 cities slated to receive aid from the U.S. Justice Department in an effort to curb violent crime in the metro. According to the June 2017 announcement introducing the program, the partnership will focus on fighting gun crime, drug trafficking, and gang violence.

There were 35 murders per 100,000 residents in Cleveland in 2016, seven times the national homicide rate of 5 murders per 100,000 Americans. Crime is often more prevalent in areas with widespread poverty and little personal wealth. Some 20.6% of Cleveland households earn less than $10,000 a year, and 36.2% of residents live in poverty — the third and fourth largest shares of any city.

One factor that can affect crime levels is the quality of the relationship between local police and the community. In 2014, the U.S. Department of Justice almost sued the Cleveland Division of Police after an investigative report found that the department had used excessive force against citizens, violated constitutional rights, and had inadequately policed its own officers. In May 2015, the Justice Department and Cleveland Division of Police entered into a court enforceable agreement that will force the department to introduce a number of reforms that will focus on building community trust and increasing police accountability.