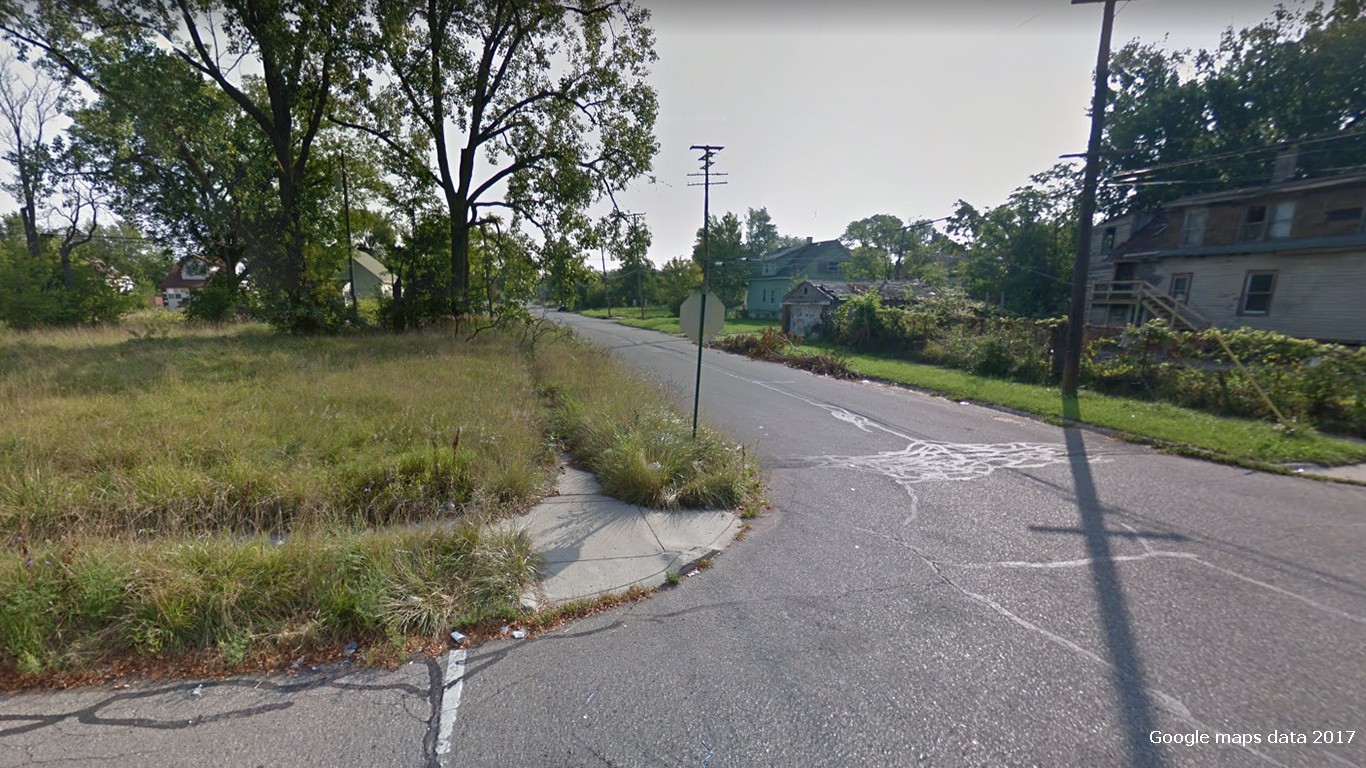 Many of the U.S. postal codes with the highest vacancy rates are located within the Detroit metro area — and the 48203 ZIP code, which includes Highland Park, is one of them. Encircled by the city of Detroit, Highland Park fell victim to the same post-industrial economic forces that hurt neighborhoods throughout the Motor City in the latter half of the 20th century. As the American auto manufacturing industry declined, so did Highland Park’s population. Peaking at 53,000 residents in 1930, when Chrysler still had its headquarters in the city, Highland Park has since lost over 40,000 residents in addition to losing the Chrysler headquarters. Declining populations mean lower demand for housing, and an estimated 16.9% of homes in the broader 48203 ZIP code are currently vacant. 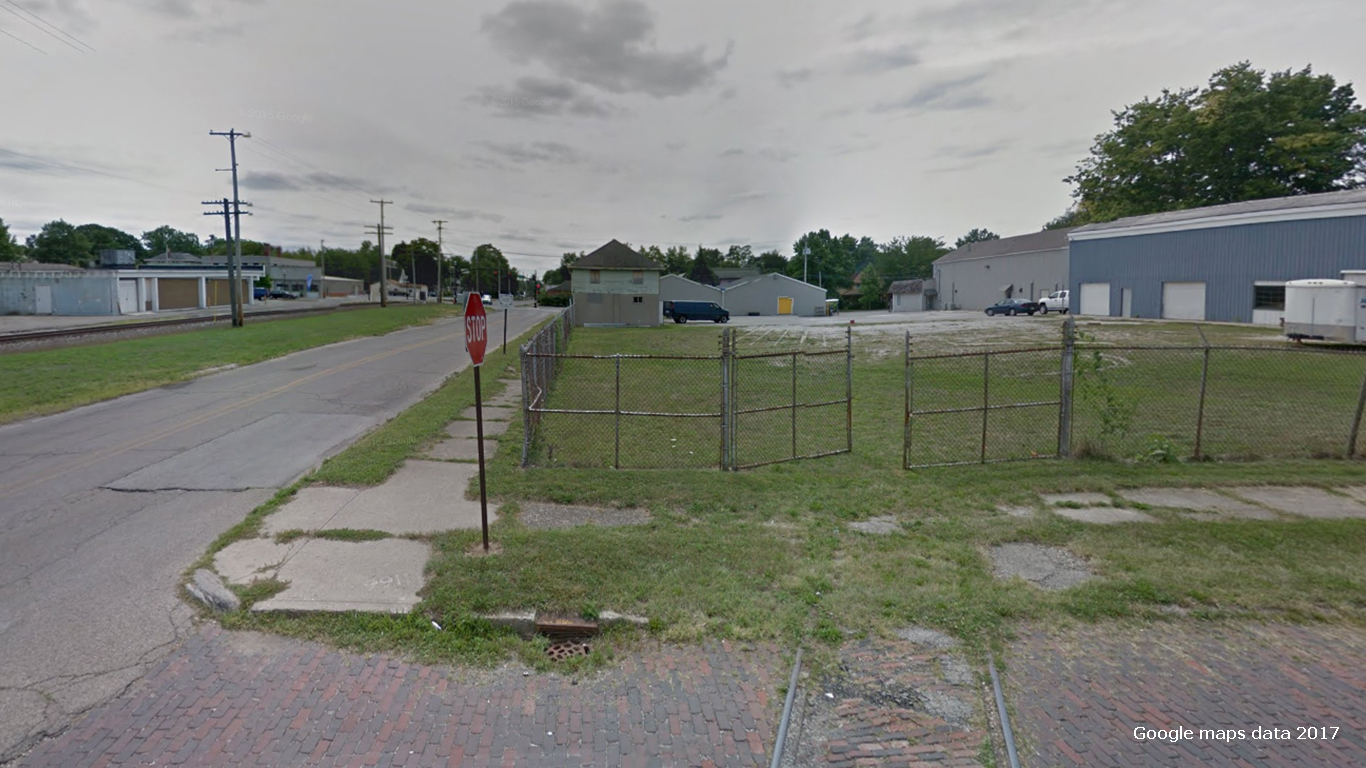 Anderson, Indiana is one of many cities on this list decimated by the decline of the American auto industry. In the early 1970s, roughly one-third of the population worked at one of several General Motors plants located within the city. Now, over four decades later, GM no longer has a presence in the town, having sold or shut down all of its manufacturing plants in Anderson. The city’s 46016 ZIP code, situated along the south shore of the White River, has one of the highest vacancy rates in the country. An estimated 17.0% of houses within the ZIP code have been abandoned and remain vacant. 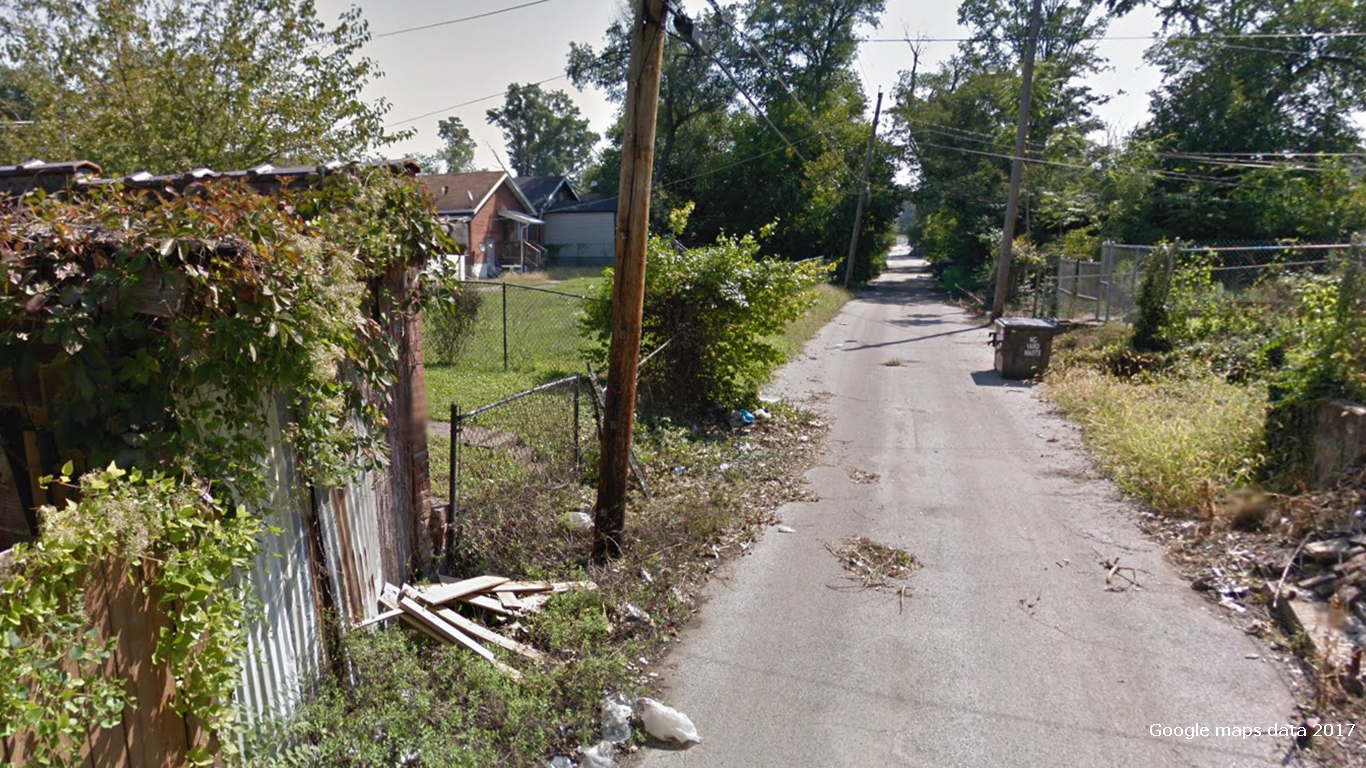 Currently home to just over 311,000 people, St. Louis has been in a downward spiral since its population peaked at 857,000 in 1950. The city’s 63113 ZIP code has been hit especially hard in recent years. In the past half decade, the area lost 5.1% of its population. Many leaving the area recently likely abandoned their residences as some 17.1% of area homes are vacant.

As is the case in much of the country, real estate investors are taking advantage of abandoned properties in the 63113 ZIP code. An estimated 89.1% of abandoned homes are currently owned by investors, well above the comparable share nationwide of 75.5%. 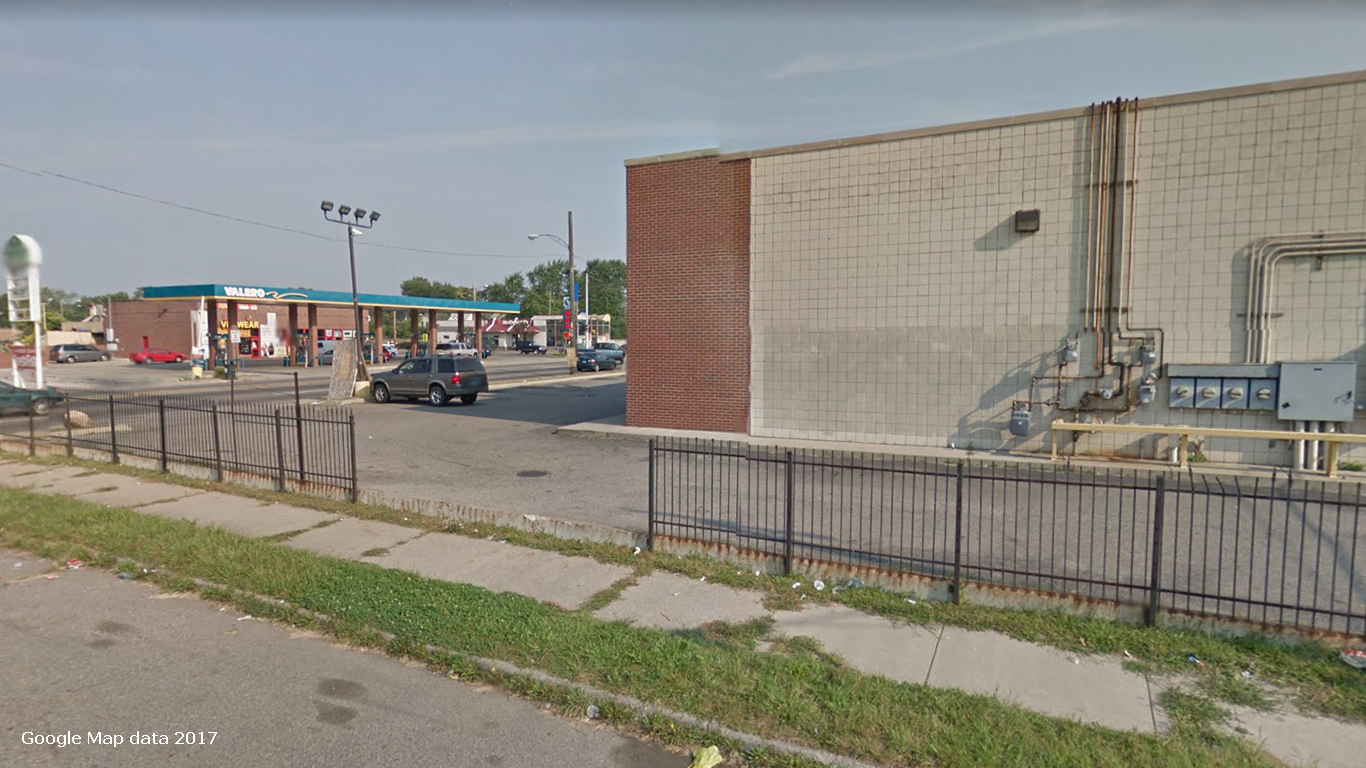 Detroit is the quintessential American Rust Belt city. As the American auto manufacturing sector declined in the latter half of the 20th century, Detroit’s population fell rapidly, from a high of 1.8 million people in 1950 to only 673,000 in 2016. Some of that decline occurred in Detroit’s 48238 ZIP code. In the last five years, the area’s population contracted by 12.5%. Today, the 48238 ZIP code is one of four within the city where over 17% of all homes are vacant.

The rapid population decline and high vacancy rate have likely played a role in the area’s depressed housing market. The typical home in the 48238 ZIP code is worth only $41,600 — a fraction of the median home value nationwide of $178,600. 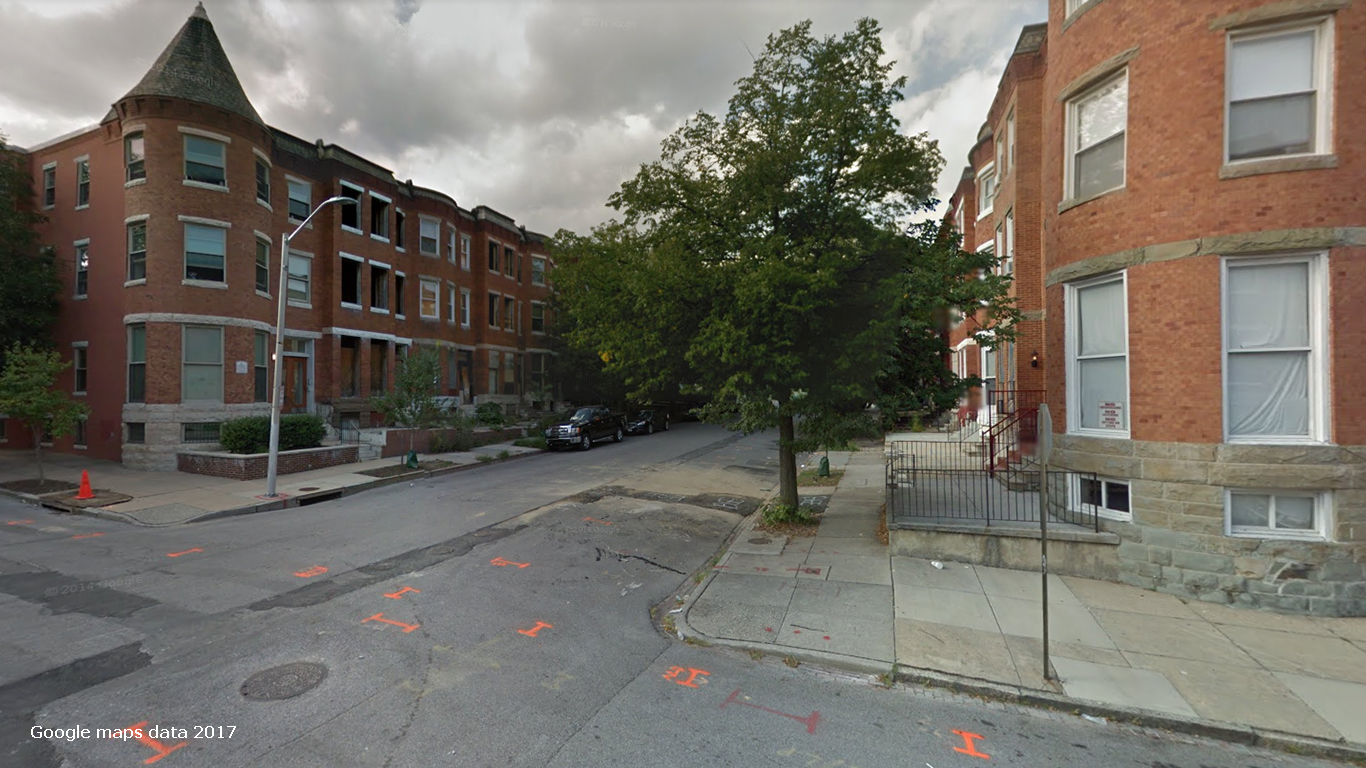 The area’s high violent crime rate may also be scaring away real estate investment. Nationwide, 75.5% of vacant properties are owned by an investor, and in most ZIP codes with the highest vacancy rates, the share of investor-owned vacant properties is far higher. Baltimore’s 21223 ZIP code is an exception, however, as investors have bought up only about 71% of vacant homes.