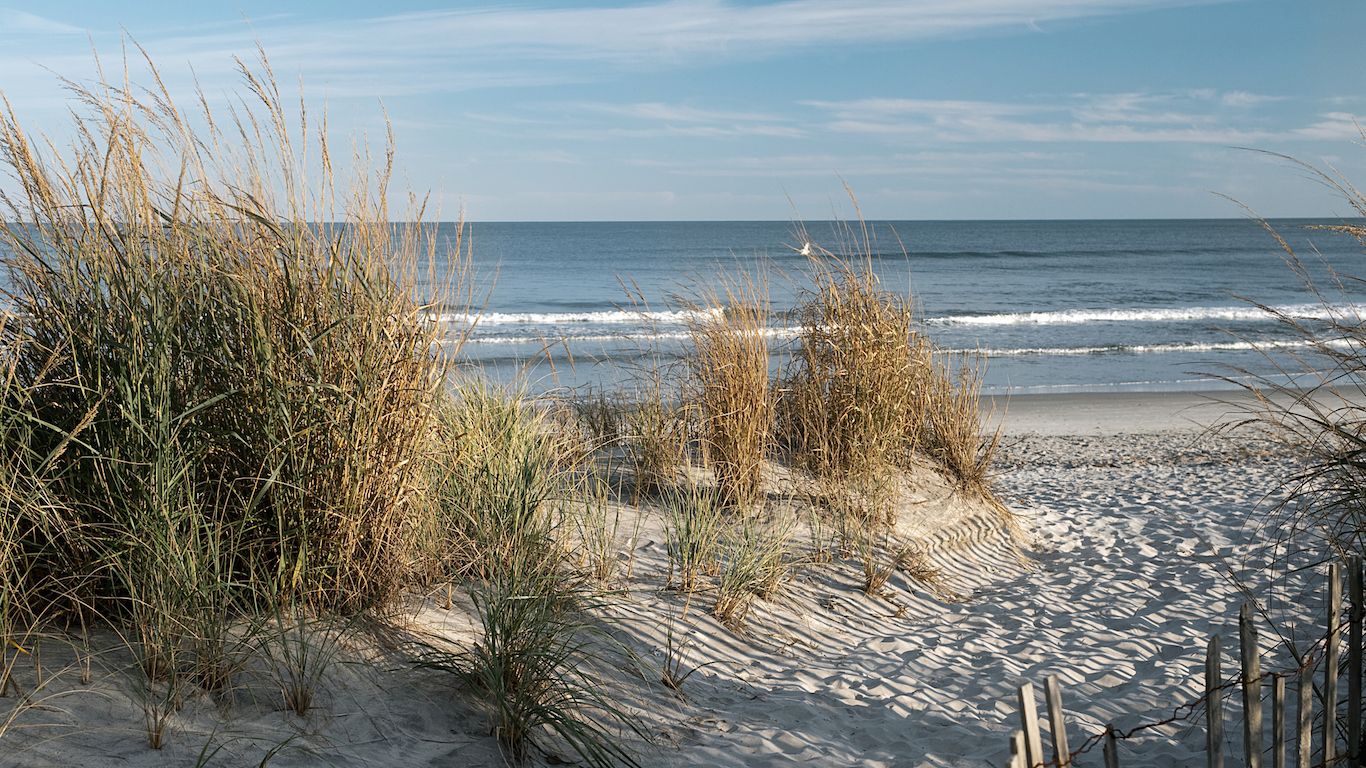 When home prices fall in an area, their value can sink below their mortgage, meaning homeowners owe more on the home than it is worth. Families with these underwater properties may have an impetus to leave the area, even though it often means selling their homes at a loss. In other cases, homeowners may leave without selling the home, which appears to be relatively common in this Atlantic City neighborhood. Of the estimated 852 underwater properties in ZIP 08203, nearly 150, or 17.3%, are vacant, versus the national average underwater vacancy rate of 1.8% and one of the higher such percentages of areas on this list.

As is generally the case in America’s budding ghost towns, the population of the neighborhood has declined by 4.9% over the past five years. Unlike most neighborhoods with the highest vacancy rates, on the other hand, the median home value of $364,000 is far higher than is typical nationwide. 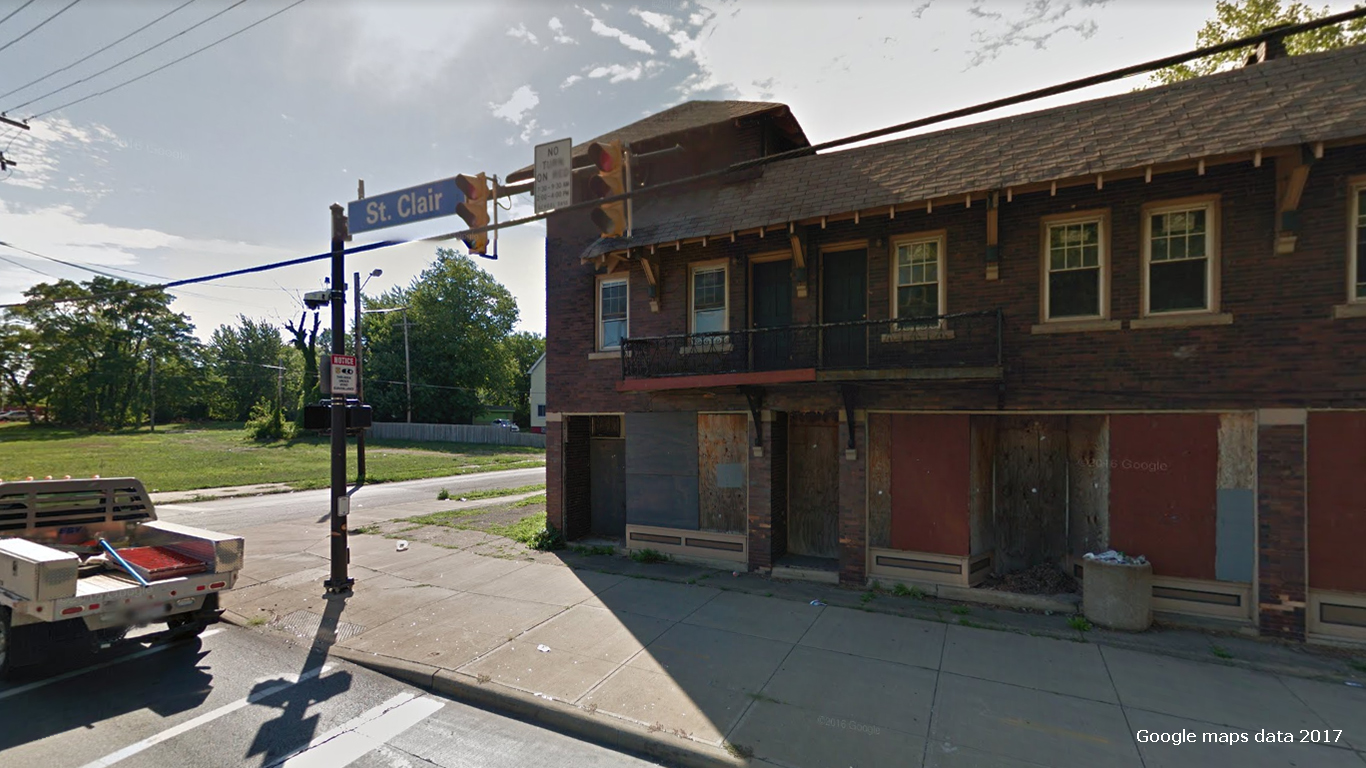 A Rust Belt city, Cleveland lost more than half of its population since 1950. More recent trends in parts of the city do not suggest an impending comeback. In the East Cleveland 44112 ZIP code, for example, the population declined by 7.9% in the last five years. In the same part of the city, an estimated 18.0% of homes are vacant. Of the 1,297 vacant properties in the ZIP code, 259 appear to have been abandoned because owners owed more on the home that it was worth. Declining populations will typically depress home values, and in Cleveland’s 44112 ZIP, the typical home is worth only $65,200, or about $113,400 less than the median home value nationwide. 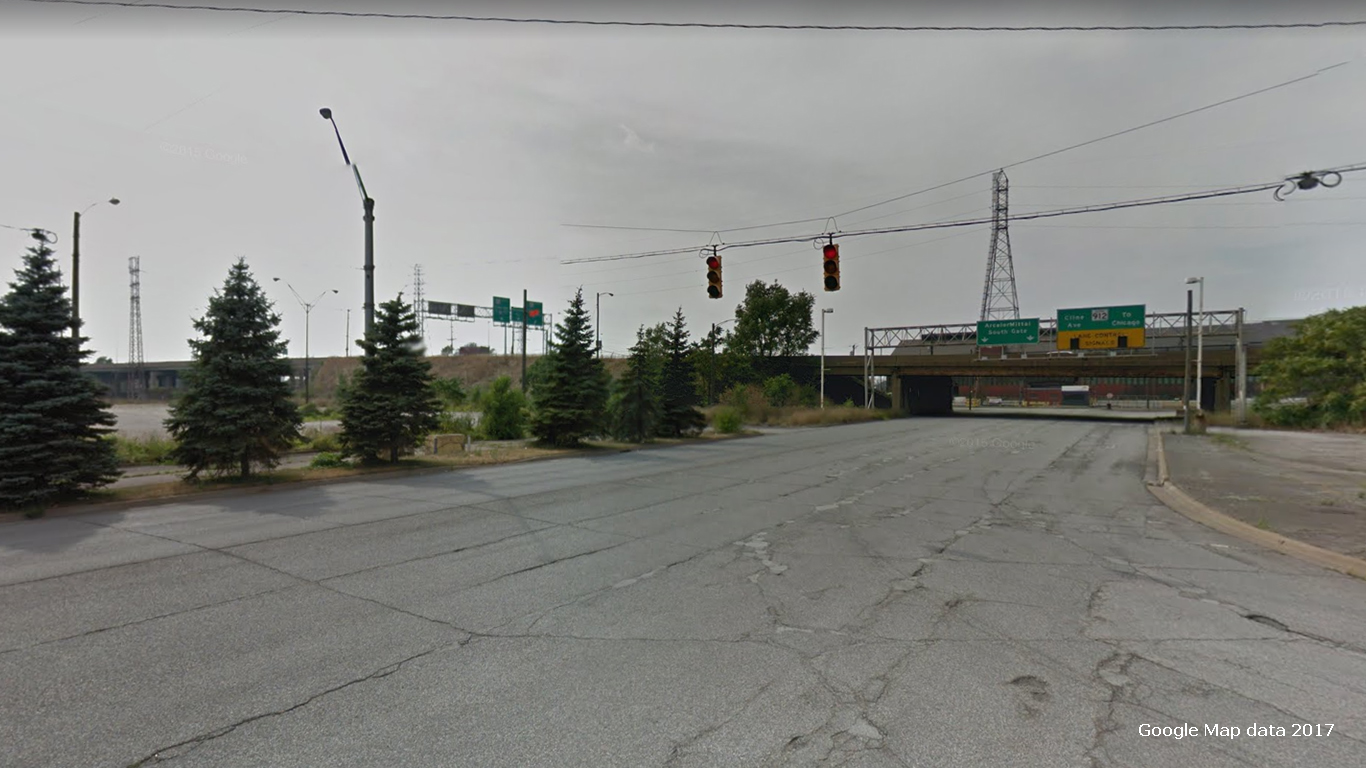 The 46406 ZIP code is one of four in Gary, Indiana with a far higher than typical home vacancy rate. Currently, some 644 of the 3,581 properties in the area are vacant, a 7% increase from 2016. As is the case in most parts of the country with high vacancy rates, home values are low in the ZIP code. The typical area home is worth only $58,300, well below the median home value nationwide of $178,600.

Often times, real estate investors buy properties in areas with low home values and high vacancy rates under the assumption that demand and home values will improve. However, relatively few investors are buying up land in Gary’s 46406 ZIP code. Only 66.6% of vacant properties in the area are investor owned, compared to 75.5% of vacant homes nationwide. 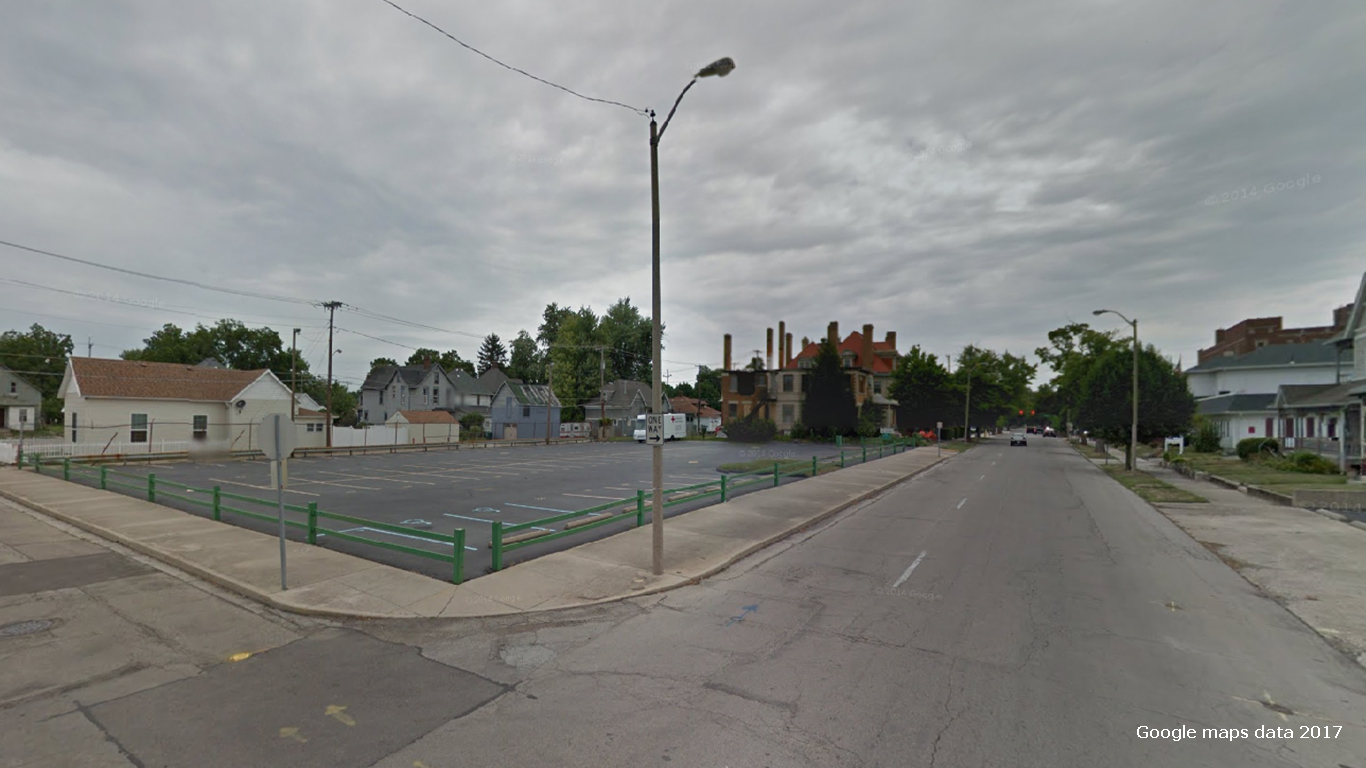 Muncie, Indiana is one of several Midwestern towns on this list with neighborhoods that are losing residents. In the last five years, Muncie’s population declined by 13.5%. With fewer residents, property values in the area have suffered. The typical area home is worth only $52,300, or about $126,300 less than the typical American home.

Unlike many parts of the country on this list, conditions appear to be improving in Muncie’s 47305 ZIP code. The area’s home vacancy rate fell from 21.1% in 2016 to 18.2% in 2017. Investors are also willing to buy up many of the area’s vacant homes. An estimated 84.7% of vacant properties in the area are owned by real estate investors, a larger share than the 75.5% of vacant homes nationwide. 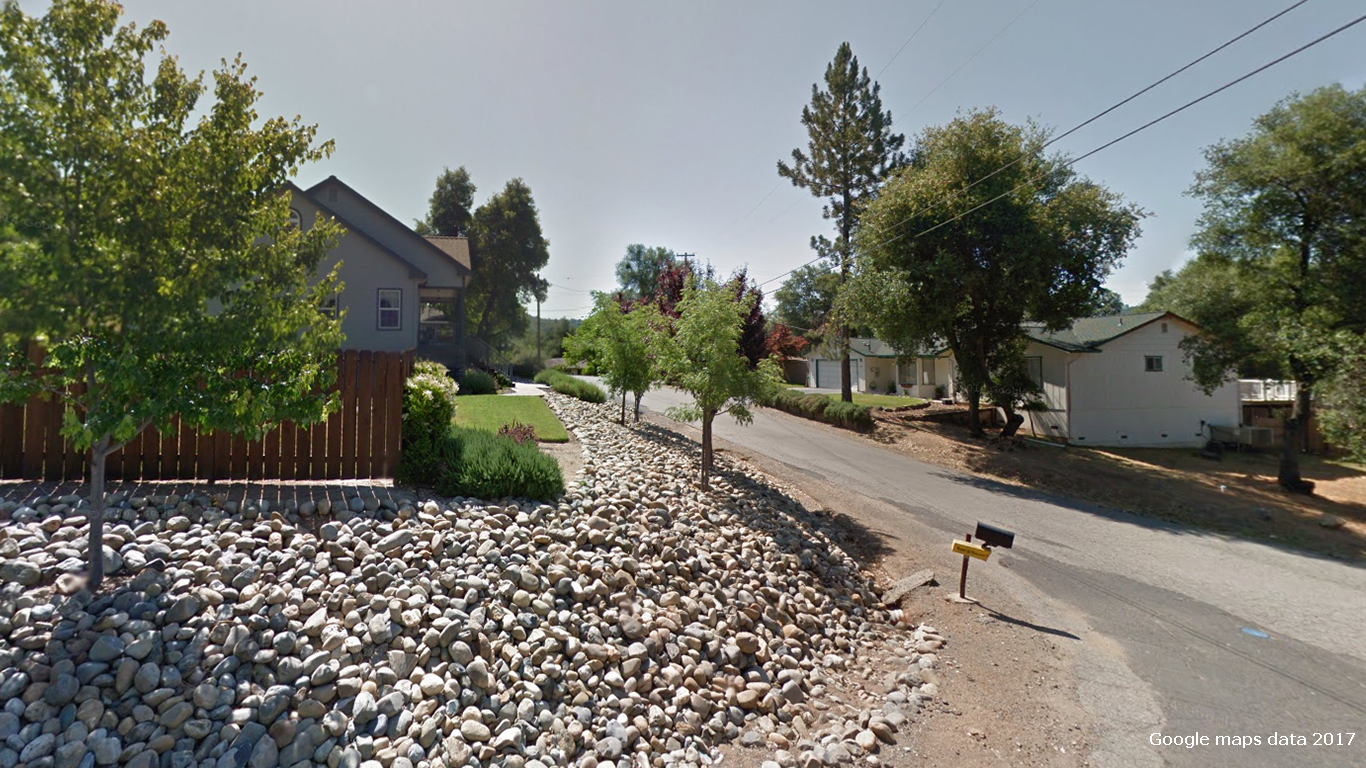 Unlike most parts of the country with high vacancy rates, Groveland, California’s 95321 ZIP code, largely comprised of parts of Yosemite National Park, is characterized by high property values and stable population. Nearly all parts of the country with high vacancy rates have median home values well below $100,000. Meanwhile, in Groveland’s 95321 ZIP, the typical home is worth $265,300, far more than the median home value nationwide of $178,600. As is the case with a handful of ZIP codes on this list, 95321’s high vacancy rate is likely skewed by vacation homes in the area and is not the product of long-term economic and population declines.