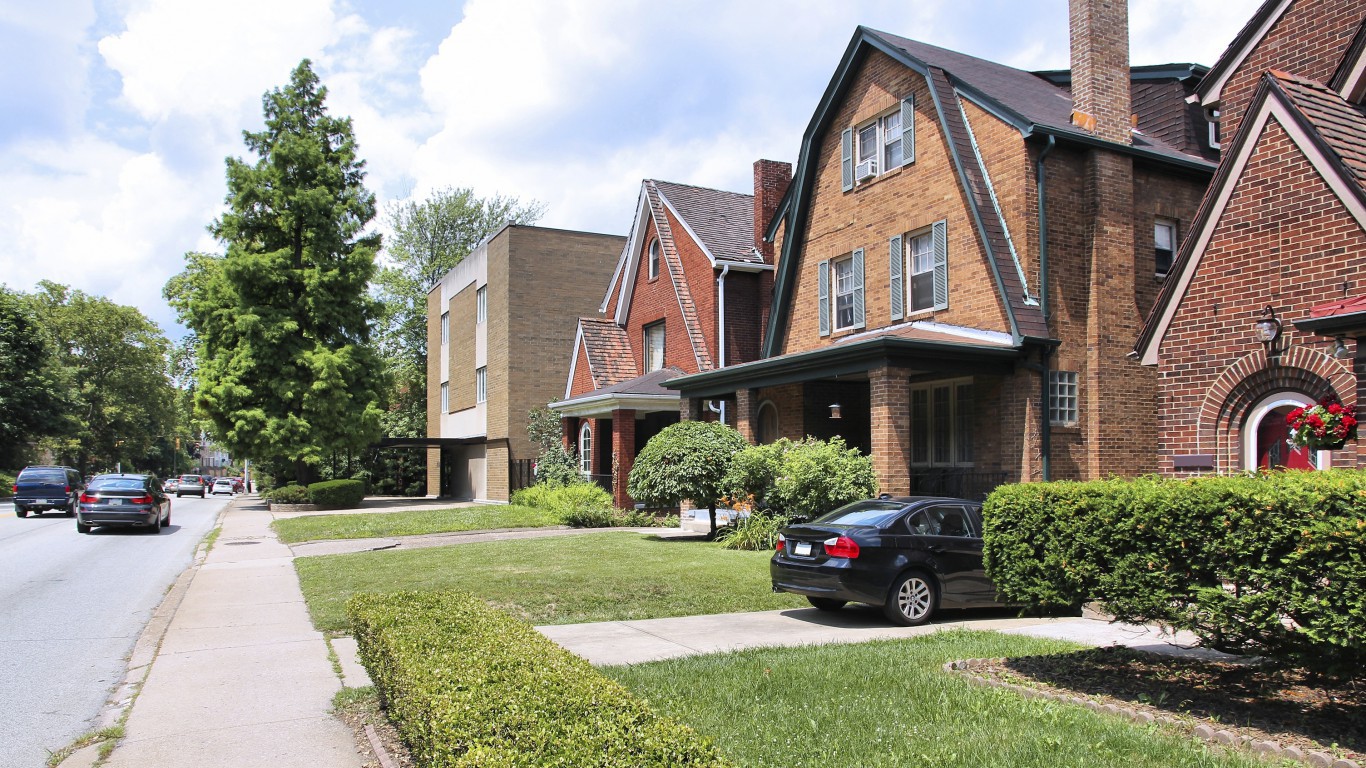 Pennsylvania is one of only three states with no money saved to close budget gaps in the event of declining tax revenue. And this will likely be a problem in the coming years as the state’s tax base is eroding. Nearly 11,000 more people left Pennsylvania in 2016 than moved in.

A dwindling population does little to spur economic growth. Pennsylvania’s GDP expanded by only 0.6% in 2016, even as the U.S. economy grew by 1.5%. The Keystone State’s need for improved economic conditions is more dire than most states’ as evidenced by the relative the share of workers out of a job. Pennsylvania’s 5.4% unemployment rate is higher than the 4.9% U.S. rate and among the 10 worst of all states. 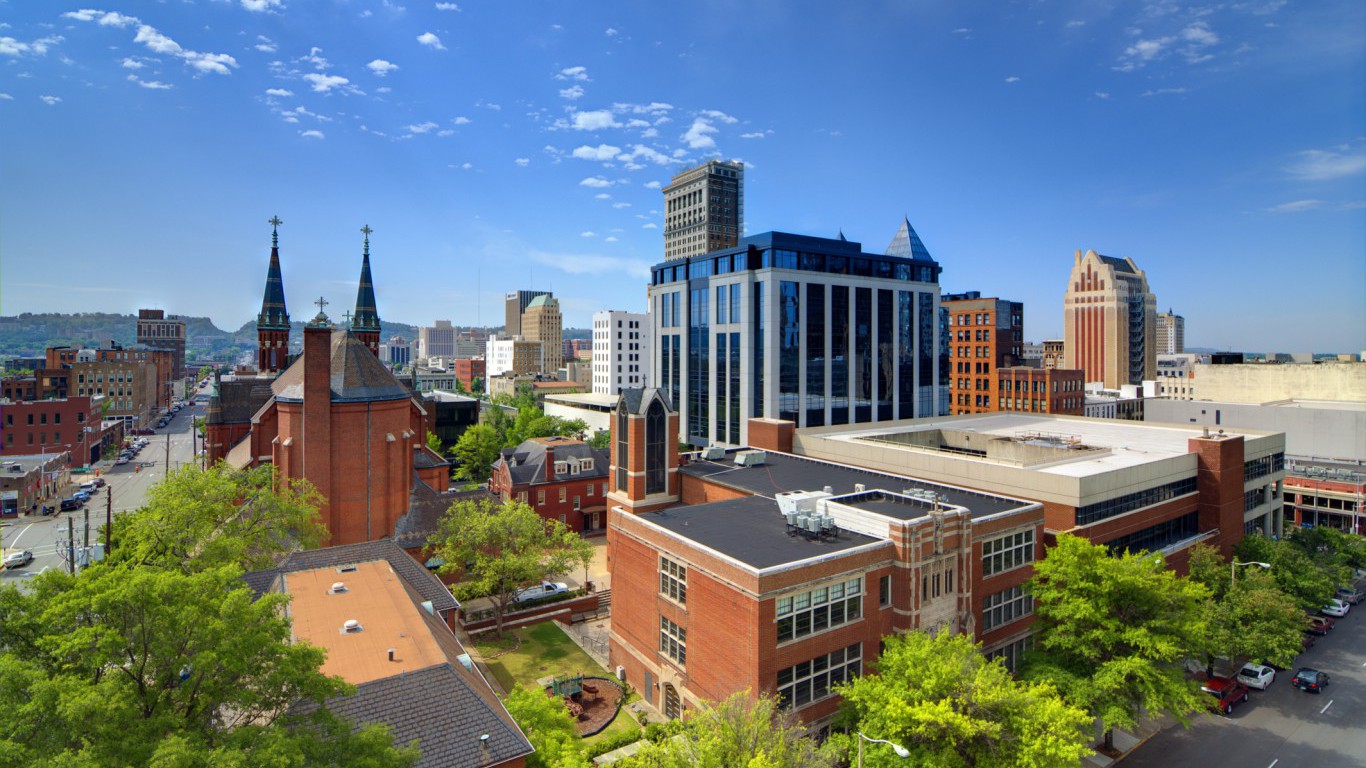 Like many of the states ranking on the bottom half of this list, Alabama has a relatively limited budget to work with. The state collects an average of only about $2,000 per person per year in tax revenue, $800 less than is typical among states. Still, the state has a good credit rating.

A relatively poor state, Alabama’s 17.1% poverty rate is higher than the rate in the vast majority of states. Alabama is one of a minority of states that did not take advantage of federal funds to expand Medicaid. Partially as a result, 9.1% of the state’s population is uninsured, more than the 8.6% U.S. uninsured rate. Many Alabama residents without health insurance are likely among the 17.1% living below the poverty line. The state also struggles with a weak job market. Alabama’s 2016 unemployment rate of 5.8% is much higher than the national annual rate of 4.9%, and is one of the highest of any state.

24/7 Wall St.
Best Town to Trick-or-Treat in Every State

More than 1 in 5 Mississippi residents live in poverty, the largest share of any state. Despite apparent need, the state chose not to accept federal funds to expand its Medicaid program, a move that would have helped thousands of state residents access health care. Without the Medicaid expansion, 11.8% of state residents are uninsured — more than in all but five other states.

Per capita tax revenue in Mississippi is lower than in most states, and its tax base is eroding. Some 7,500 more people moved out of Mississippi than moved in between July 2015 and July 2016, even as the total U.S. population expanded by over 2.2 million people over the same period. A shrinking population also means a shrinking workforce. Over the last half decade, Mississippi’s labor force declined by 4.6%, the steepest drop among states. Even with fewer workers, many in the state’s labor force are struggling to find a job. Some 5.8% of the state’s workforce was unemployed in 2016, well above the comparable 4.9% U.S. unemployment rate. 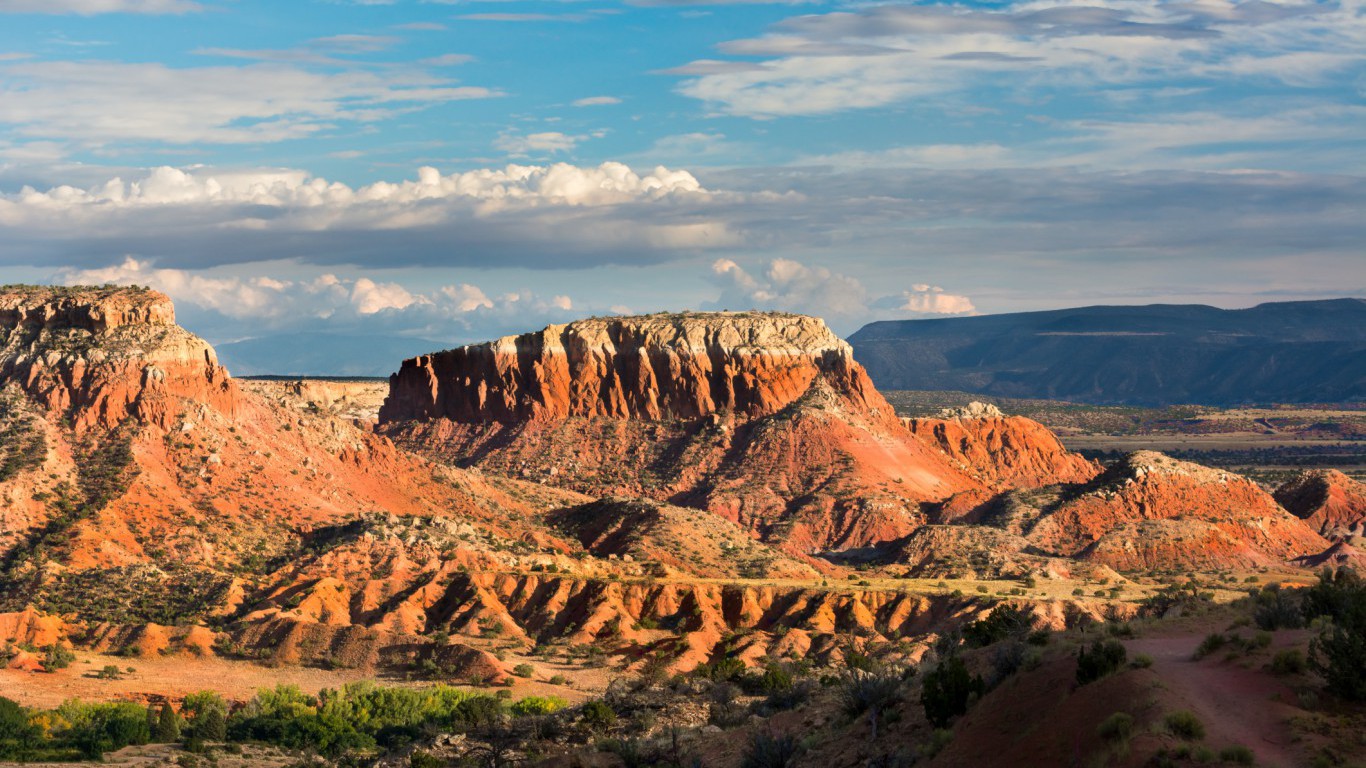 New Mexico is one of many struggling states with a dwindling tax base. Some 7,100 more people moved out of New Mexico than moved in between July 2015 and July 2016. In addition to a shrinking population, New Mexico’s labor force is also decreasing. The state’s labor force size fell by 0.3% in the last half decade. While a smaller workforce can often mean a lower unemployment rate, some 6.7% of workers in the state were out of a job in 2016, the highest annual unemployment rate among states.

Economic growth would likely go a long way to reducing unemployment, yet New Mexico’s economy is stagnant. The state’s GDP grew by only 0.2% in 2016, even as the U.S. economy expanded by 1.5%. 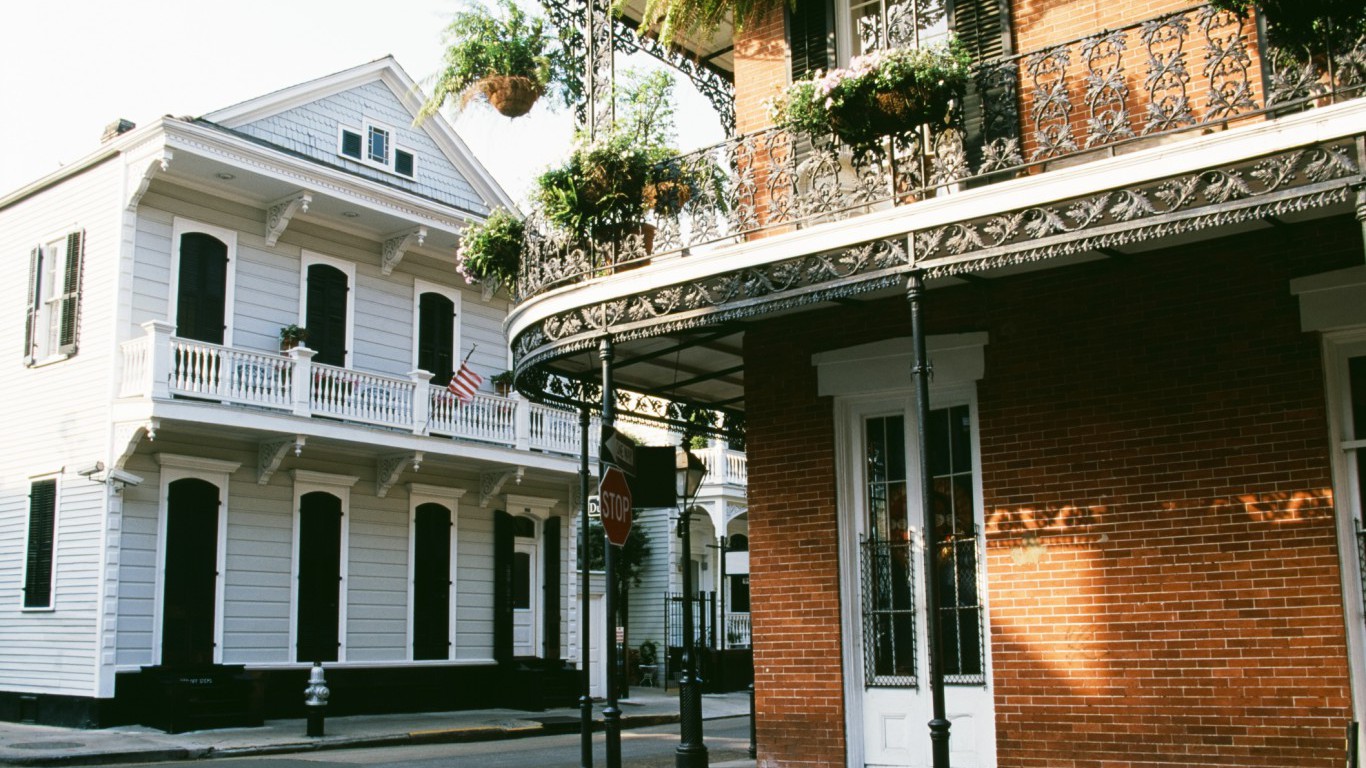 Many of the worst managed states have relatively little revenue to work with. Louisiana is no exception. The state collects the equivalent of only $2,071 per person in tax revenue a year compared to the $2,821 per capita amount states collect on average. With low revenue, Louisiana struggles to save for unexpected budget shortfalls and fund its pension system. Louisiana’s rainy day fund is only worth about 3.0% of it annual budget and only 63.3% of the state’s pension system is funded, each among the smaller such shares among states.

Joblessness is also a major problem in Louisiana, and the state offers little assistance to its out-of-work residents. Some 6.1% of Louisiana’s labor force was unemployed in 2016, the third highest unemployment rate in the country after only Alaska and New Mexico. Additionally, the average unemployment insurance payout covers less than a quarter of the typical weekly wage. Nationwide, unemployment insurance payouts cover over a third of the average weekly wage.