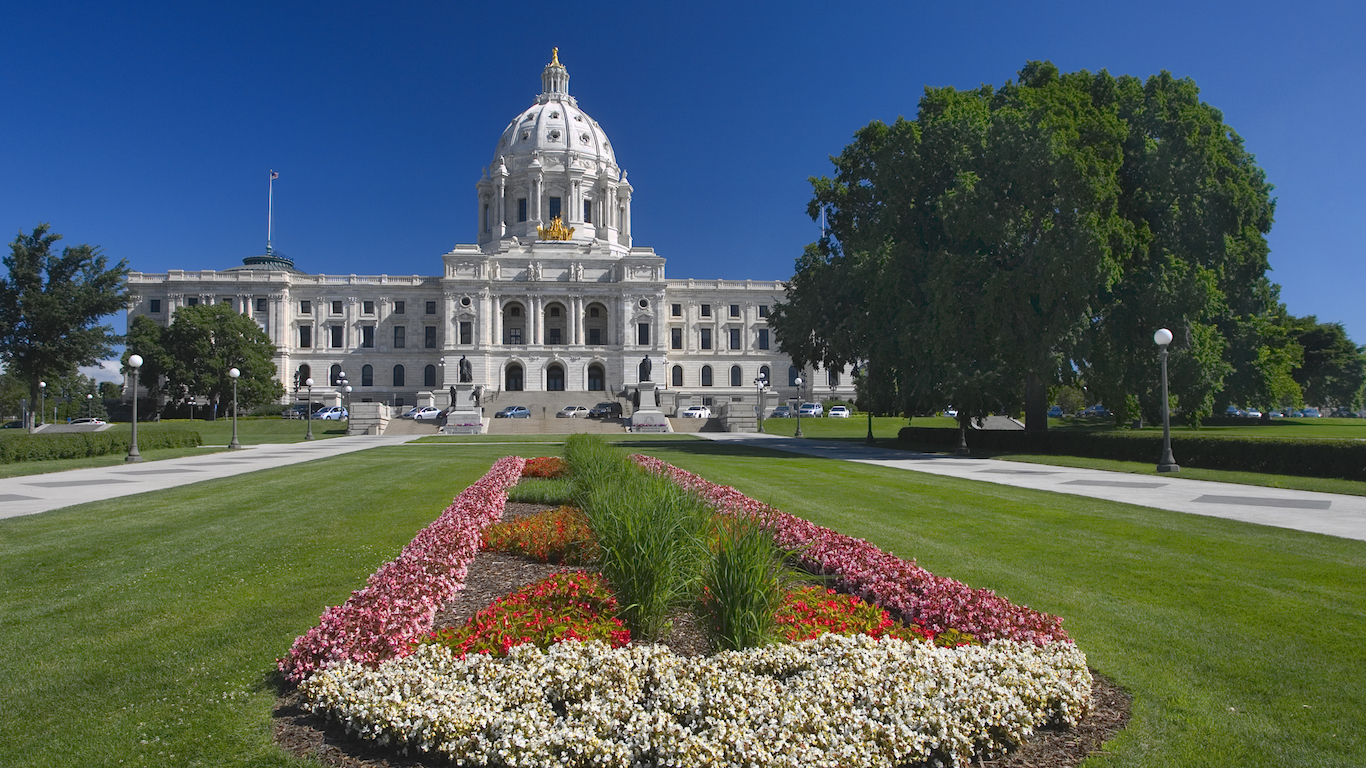 Ranking as the 10th best run state as recently as 2012, Minnesota has climbed steadily in the rankings in recent years and is now the best run state in the country. A relatively wealthy state, Minnesota’s $65,599 median household income is about $8,000 more than the median income nationwide. With a strong tax base, the state brings in about $4,400 a year per resident in taxes, more than all but four other states. In Minnesota, higher tax revenue means the government can save more. The state has saved the equivalent of 10.3% of its annual spending in a rainy day fund — more than most states and greater than the 8.2% average across states.

Minnesota has a nearly perfect credit rating from Moody’s with a stable outlook. 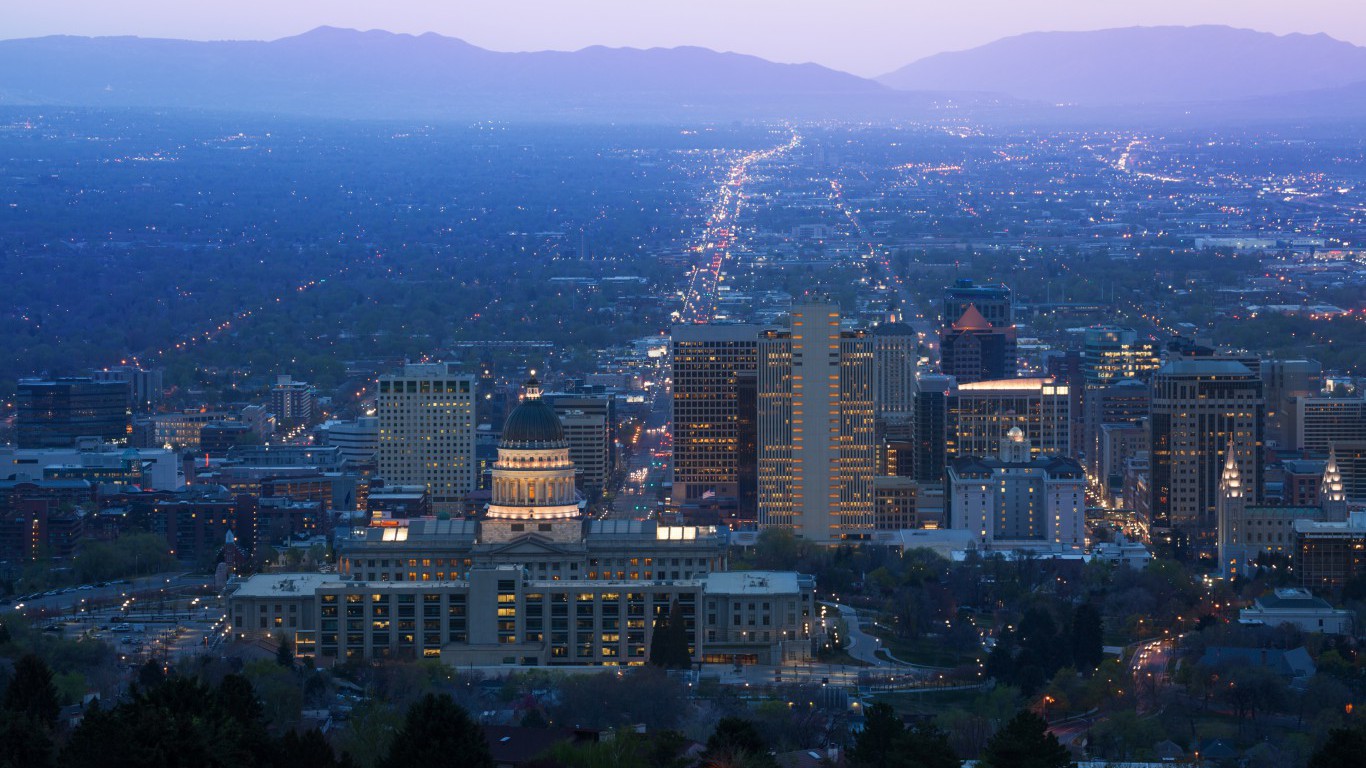 Utah’s population has increased by about one-third since 2000. As Utah’s population expanded, the state has been able to achieve smart, sustainable growth. Water consumption fell by approximately 25%, largely due to increases in housing density that resulted in smaller lot sizes. Air pollution has fallen by roughly 50%, partially as the result of an extensive clean air campaign. Also, the number of vehicle miles traveled per person has remained largely unchanged due to increases in density and public transit infrastructure.

Due in part to a growing GDP, the state’s economy has easily accommodated the population influx. Utah’s economy expanded by 3.7% in 2016, nearly the fastest GDP growth among states and more than double U.S. economic growth the same year. As of 2016, just 3.4% of Utah’s workforce were unemployed, and only 10.2% of residents lived in poverty, far less than the 4.9% national unemployment and 14.0% poverty rates. 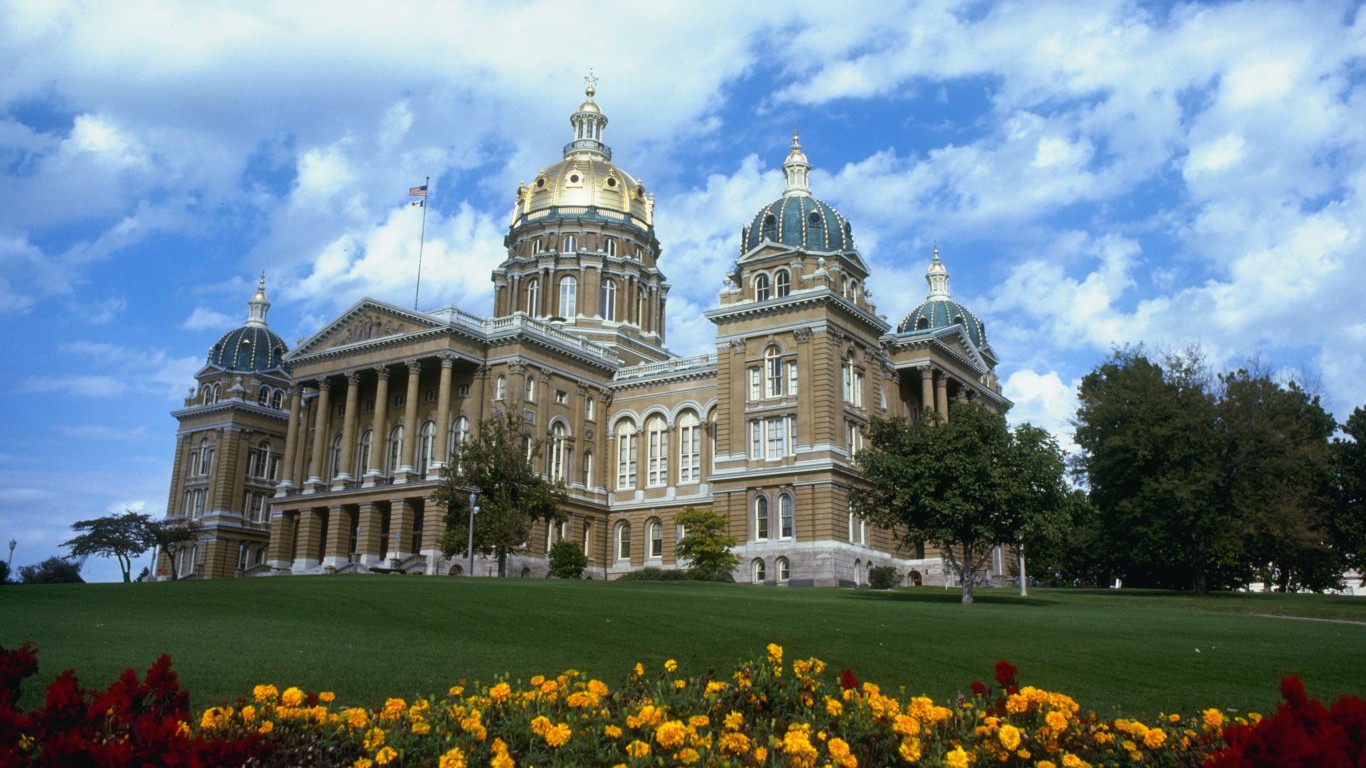 Iowa has one of the healthiest job markets in the country. Just 3.7% of the Iowa workforce were unemployed in 2016, the 10th lowest unemployment rate of any state. For the small share of residents looking for a job, Iowa has one of the most generous unemployment insurance systems of any state. Some 40% of unemployed residents in the state receive unemployment benefits, far more than the 27% national rate. Also, the average weekly UI benefit is $398, or 45% of Iowa’s average weekly wage — the fifth highest replacement rate of any state.

Iowa is also one of the most fiscally responsible states in the country. While across all states, average state government debt amounts to 52.2% of total state tax revenue, Iowa’s debt load amounts to just 26.1% — one of the smallest shares in the country. Additionally, Iowa’s rainy day funds could cover about 10% of the state’s 2018 fiscal year budget, slightly better than the average across all states. 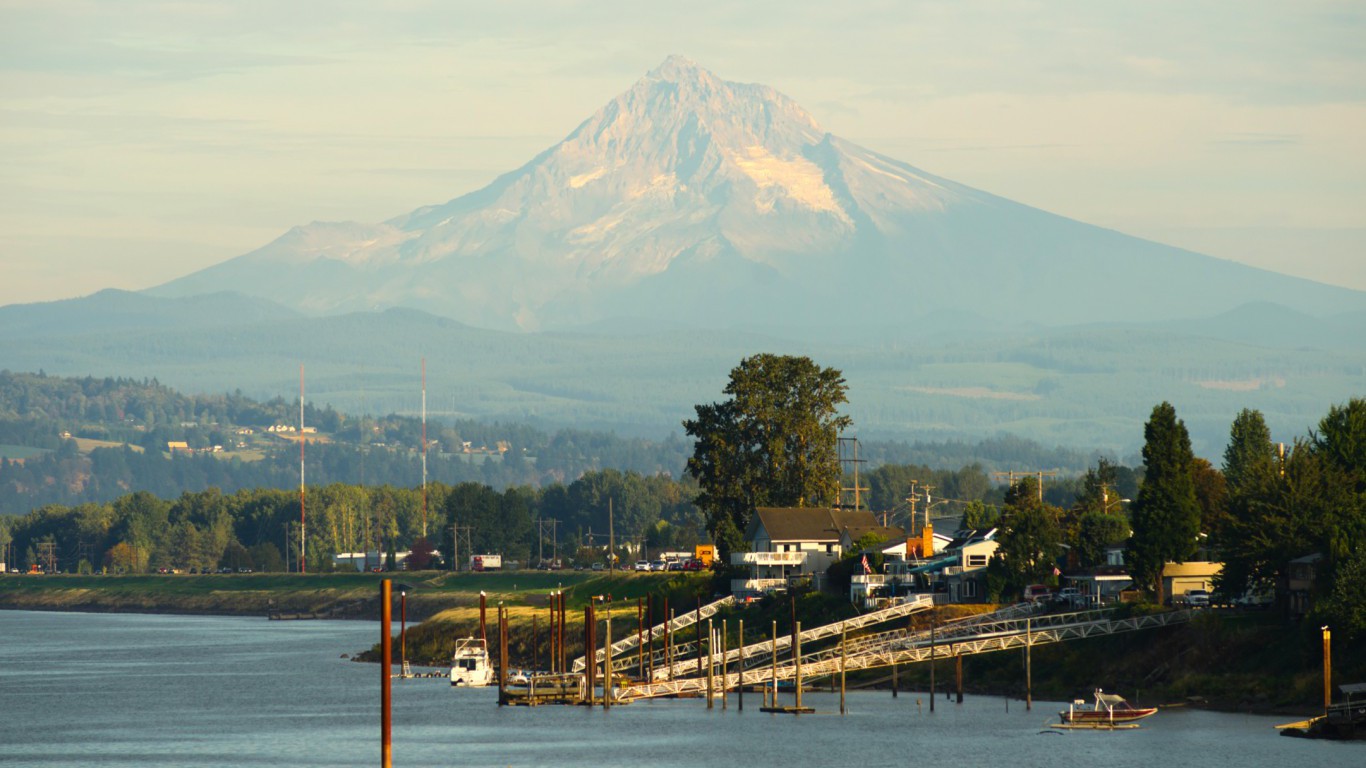 Oregon lawmakers have long exemplified fiscal responsibility. The state’s pension system is 91.9% funded, the sixth largest share in the country. Oregon’s rainy day reserves could fund 10.6% of the state’s expenditure for the 2018 fiscal year, one of the larger shares nationwide. Additionally, the state’s debt amounts to just 37.2% of total tax revenue, far less than the 52.2% average debt across all states. Oregon dedicates just 1.5% of its expenditure to interest payments on its small debt load, freeing the state to allocate more money to other public services. For example, Oregon spends 37.6% of its budget on public welfare, the fourth largest share of any state.

Oregon also leads much of the nation in gender equality in political leadership. As of 2015, some 31% of Oregon legislators were female, far more than the 24% national average. Female lawmakers in the state have helped pass legislation expanding access to birth control in recent years.

Ensuring state residents have adequate access to health care appears to be a priority for Washington. The state allocates 6.1% of its budget to health care spending, more than all but two other states and nearly double the U.S. average, and Washington is one of the 32 states to expand its Medicaid program. Partially as a result, only 6.0% of Washingtonians are without health insurance, well below the U.S. uninsured rate of 8.6%. Social safety nets do not stop at health care in Washington. The average weekly payout for unemployment insurance beneficiaries is $425, well above the $354 average across all states.

In addition to providing health care and generous UI benefits, Washington has one of the best funded state pension systems in the country. Some 87.1% of the pension system is funded, far more than the 71.6% average across all states.