Maryland residents are wealthiest in the country, with a median household income of $78,945 a year, about $21,300 more than what the typical American household earns a year. With a strong tax base, the per capita tax revenue in Maryland tops $3,300 a year — considerably more than the average tax revenue per capita across all states of $2,821. The high per capita tax revenue likely makes it easier for state officials to meet budgetary obligations, and Maryland is one of only 14 states to have a perfect credit rating and a stable outlook from Moody’s.

However, even with such a healthy revenue stream, the state has not set aside much in the way of emergency resources. The state’s current rainy day fund is equivalent to just 5.6% of its annual expenditure. Nationwide, states have an average of 8.2% of annual expenditures set aside to close budget gaps. 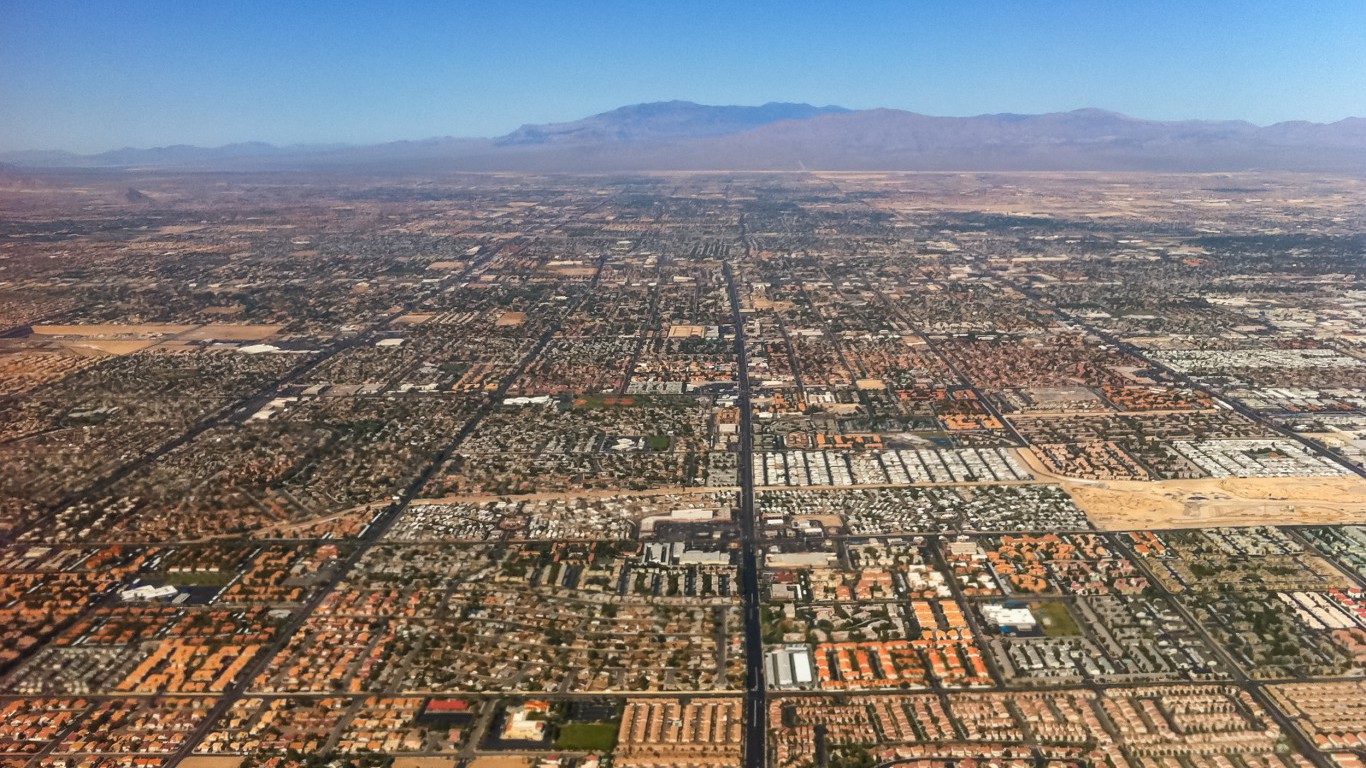 Nevada is one of only a handful of states with no personal income tax. Partially as a result, the state has to operate with lower tax revenue than is typical. Nevada brings in about $2,562 per resident annually, a few hundred dollars less than the average revenue per capita across all states. Limited financial resources may make it more difficult for Nevada to meet its budgetary obligations. Currently, the state has a slightly smaller share of its annual expenditures saved in a rainy day fund.

While crime rates are subject to a range of factors, effective policing can help reduce crime. Nevada allocates a slightly smaller share of its budget on police protection and correctional facilities than is typical. Greater budgetary emphasis on crime prevention may go a long way to reduce the state’s near-nation leading violent crime rate of 678 incidents per 100,000 people. 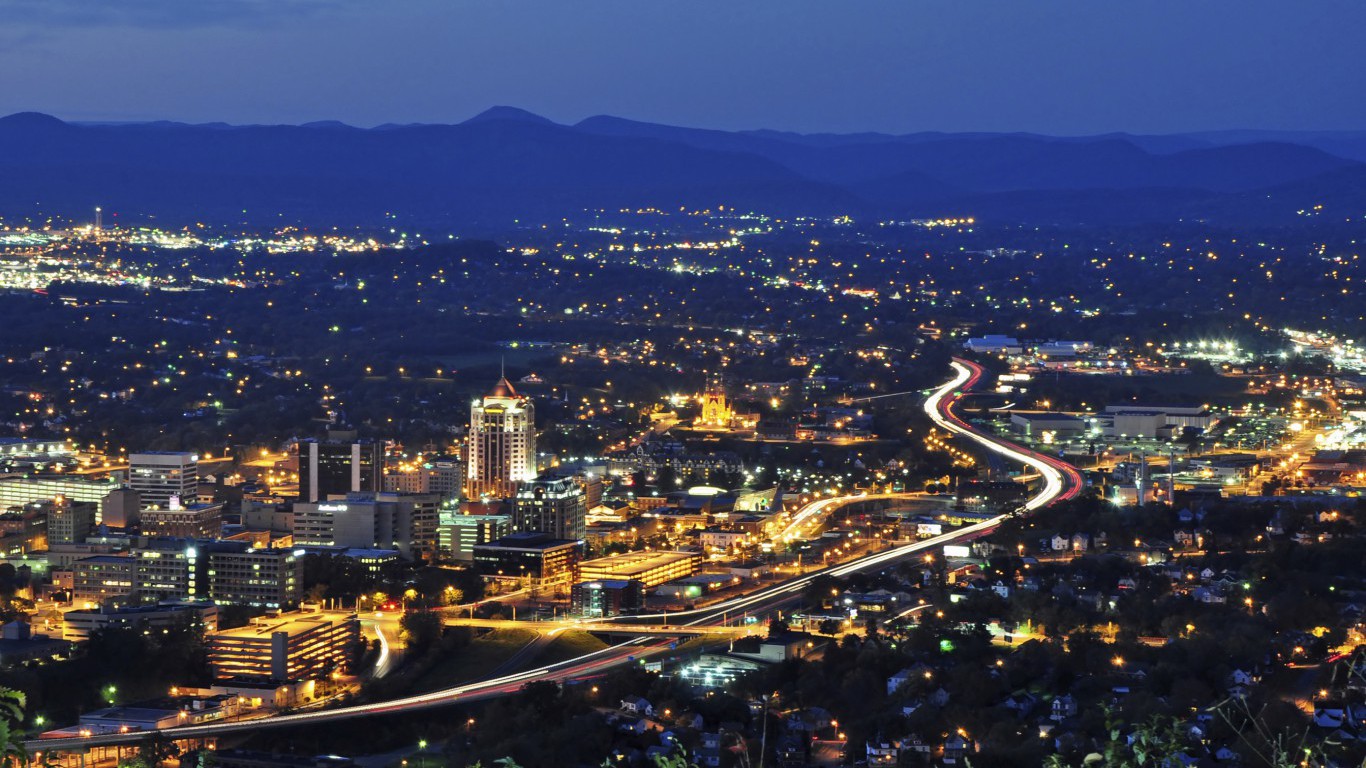 Virginia’s annual tax revenue of only about $2,441 per resident is nearly $400 less than the average per capita revenue across all states. Additionally, Virginia has only 1.5% of its annual budget saved in a rainy day fund, one of the smallest such shares of any state. Despite relatively limited emergency funds and limited tax revenues, Virginia is one of only 14 states with a perfect credit rating and a stable outlook from Moody’s.

As is the case in most states on the bottom half of this list, economic growth has been sluggish in Virginia. The state’s economy expanded by only 0.5% in 2016, one-third of economic growth nationwide the same year. 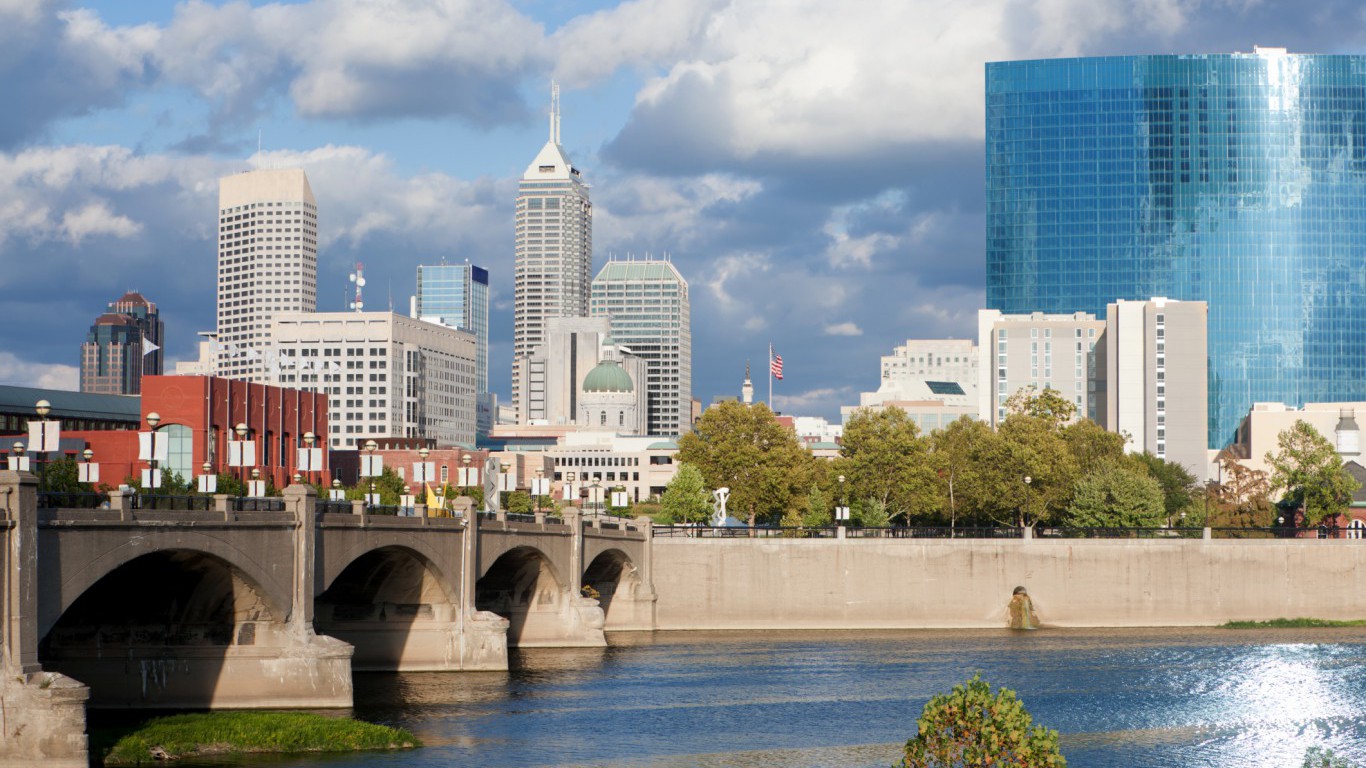 Like its neighbors Michigan and Ohio, Indiana is overly dependent on its once strong manufacturing sector. American manufacturing has been in decline for decades, and currently, some 18.8% of workers in Indiana are employed in manufacturing jobs, the largest share of any state. Over reliance on a single industry can make an economy more susceptible to economic downturns. Despite its dependence on manufacturing, Indiana’s economy appears to be stronger than most. Only 4.4% of the state’s labor force was out of a job in 2016, below the 4.9% U.S. annual unemployment rate. 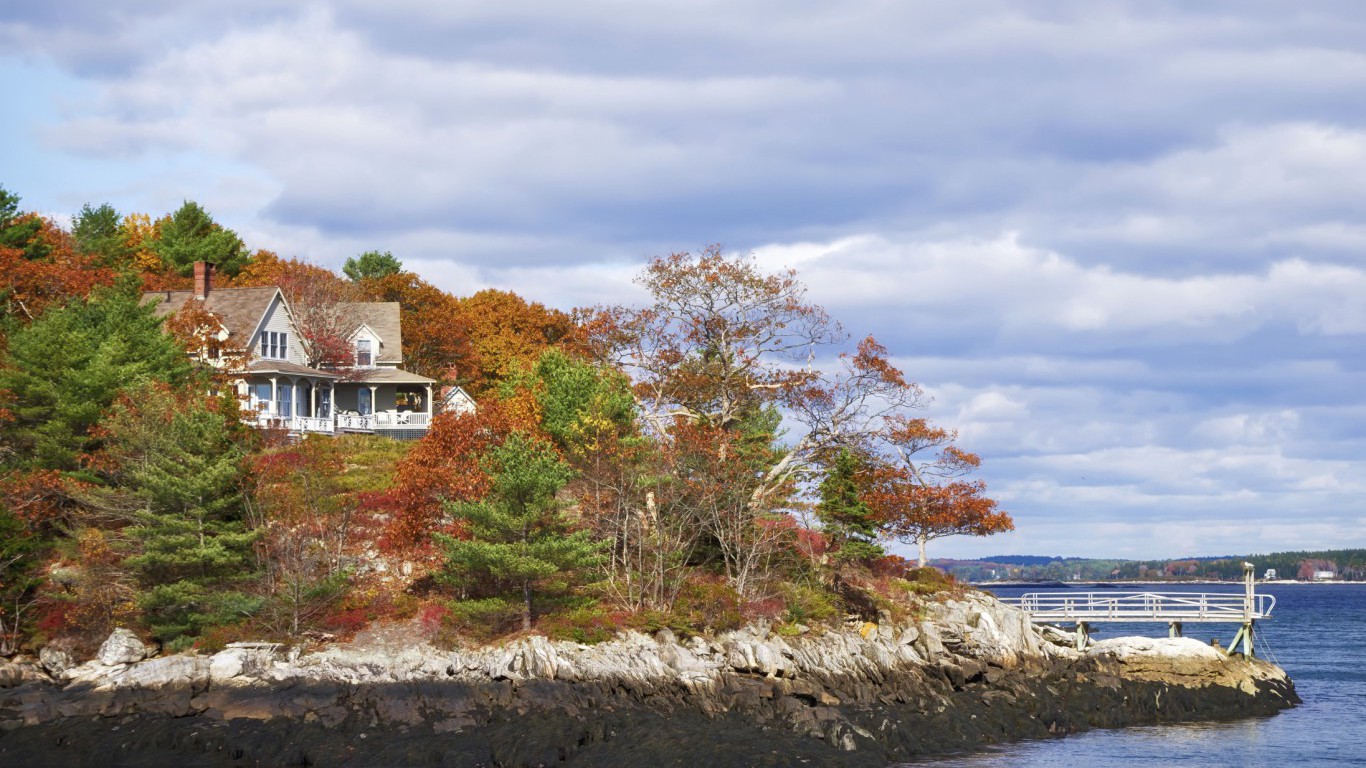 In keeping with the national trend, Maine’s unemployment rate is falling. In October 2016, 3.9% of the state’s workers were out of a job compared to only 3.5% as of October 2017. However, declining joblessness may not be solely the product of improving economic conditions as the size of the state’s labor force shrank by 1.2% over the last half decade.

Like many states ranking low on this list, Maine is ill-prepared to meet budgetary obligations in the event of a dip in tax revenue. The state has the equivalent of only 5.8% of its annual budget saved in a rainy day fund, less than the majority of states.