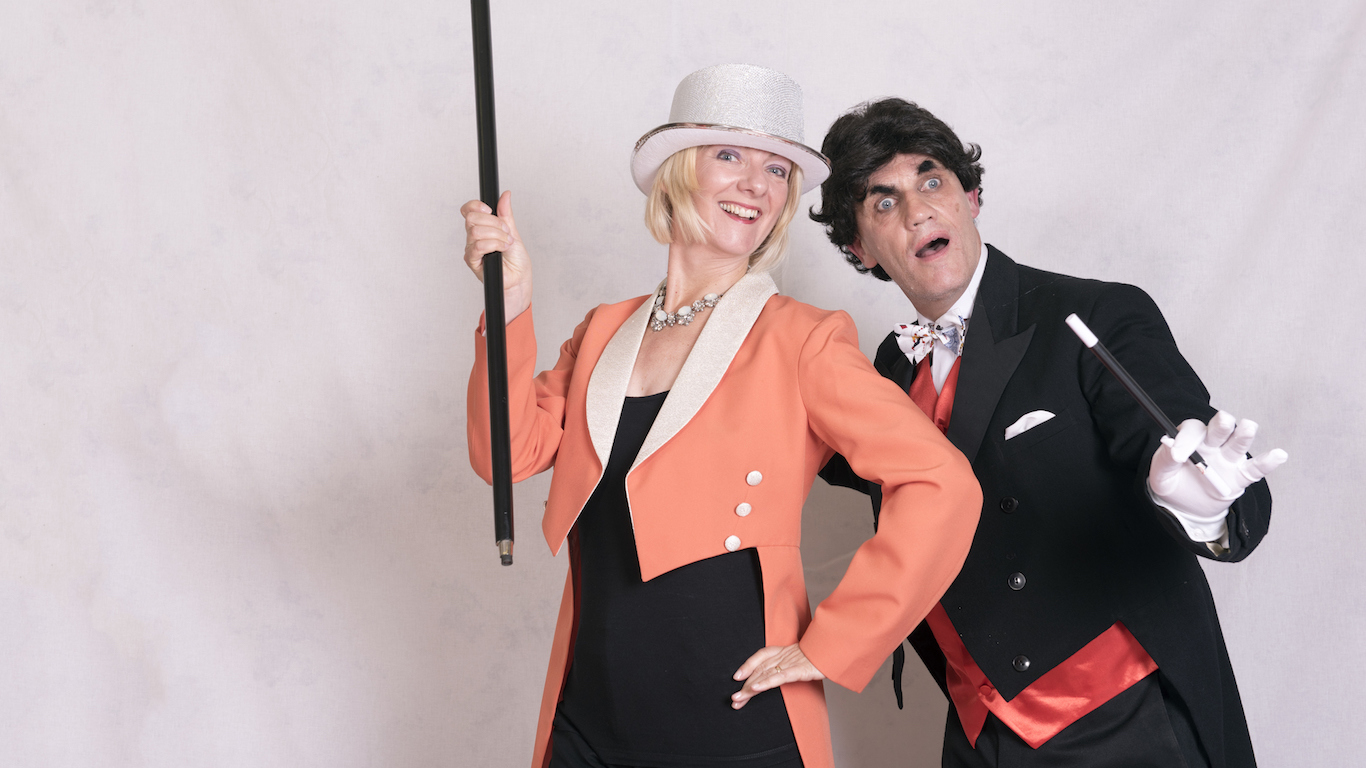 Since the start of the 21st century, the U.S. marriage rate fell from 8.2 marriages per 1,000 Americans in 2000 to 6.8 marriages per 1,000 Americans in 2013, the lowest in recorded history. With roughly 235,000 fewer marriages in 2013 than in 2000, there was significantly reduced demand for formal wear rental services. Additionally, increasing textile imports from China have reduced the price for formal wear in the United States, allowing many Americans to own tuxedos and formal dresses instead of renting. Since 2007, the number of formal wear and costume rental establishments fell from 1,937 to 1,078, a 44.3% decline. While the number of U.S. workers across all sectors rose by 4.8% over the same period, employment in formal wear and costume rental fell by 46.9%. 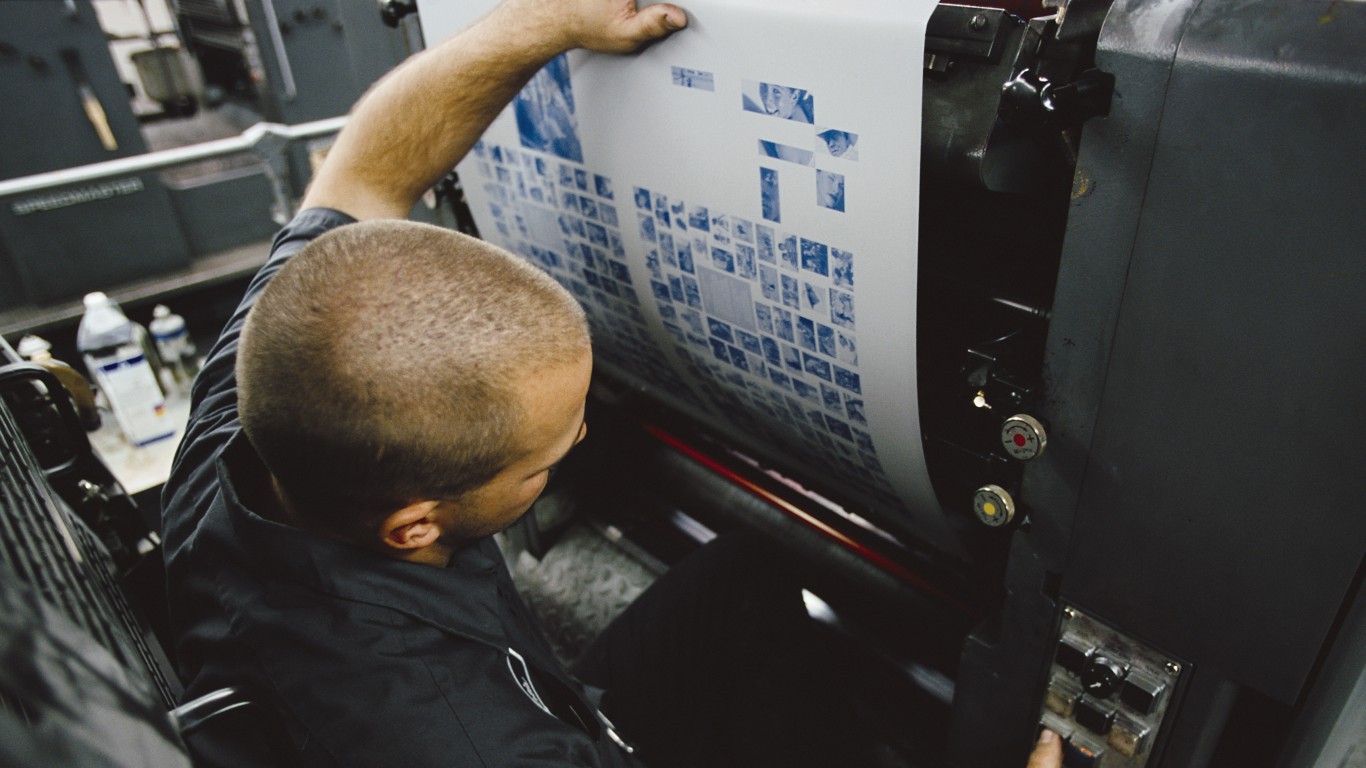 As the internet continues to expand and becomes the preferred platform for media consumption, demand for printed content, such as books, newspapers, and magazines is declining. The decline has precipitated considerable job losses in the support activities for printing industry, which includes establishments engaged in activities such as book binding, embossing, engraving. In the last decade, the number of Americans working in the industry fell from 47,700 to only about 25,100, a 47.3% decline.

The industry’s decline is not likely to reverse course. Consolidation in the industry is expected to continue in the coming years, along with a shrinking workforce. 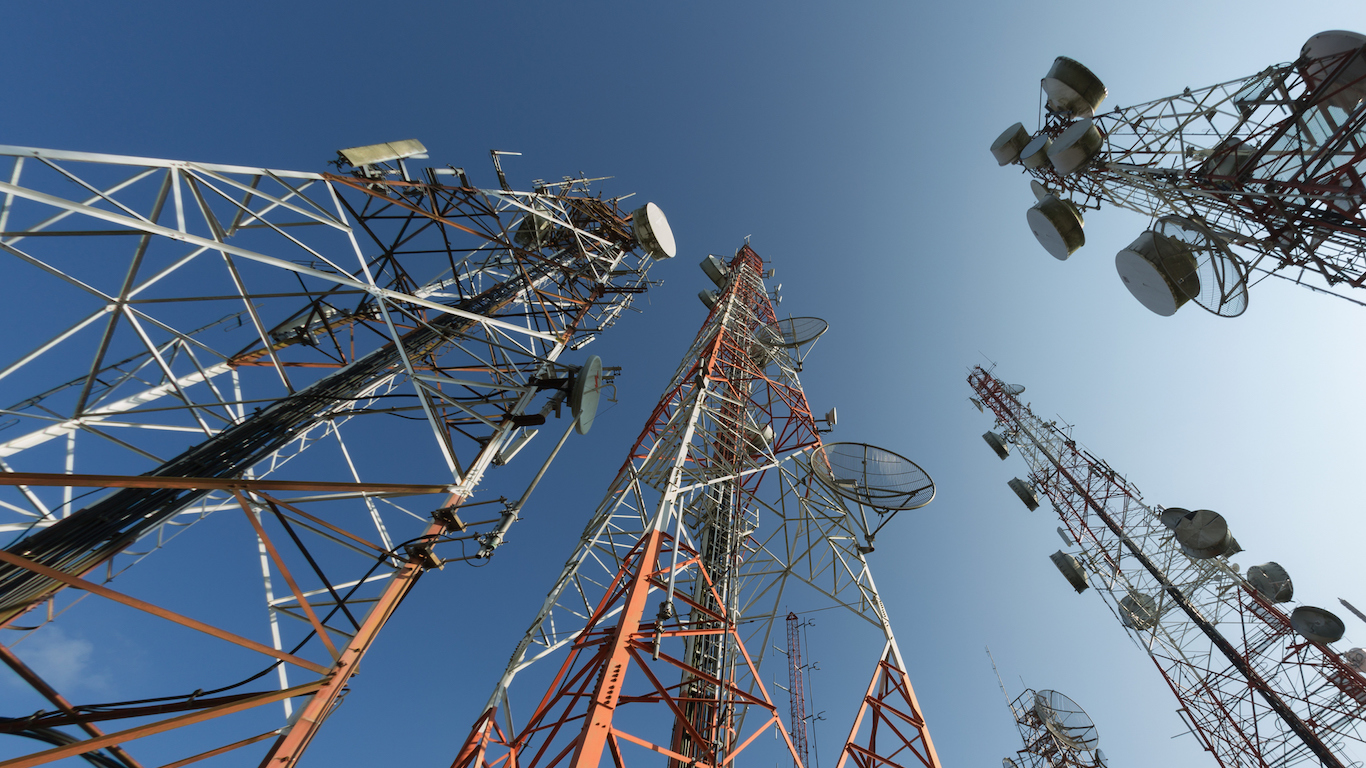 The other telecommunications industry category deals in specialized telecomm services like satellite tracking and radar station operations. In the past decade, the number of Americans working in the field has been nearly cut in half. Employment decline in the industry is likely attributable to technological advancement and increased automation.

Compared to most dying industries, other telecommunications workers are relatively well compensated. The average annual salary in the industry is $87,337, more than all but three other industries on this list. 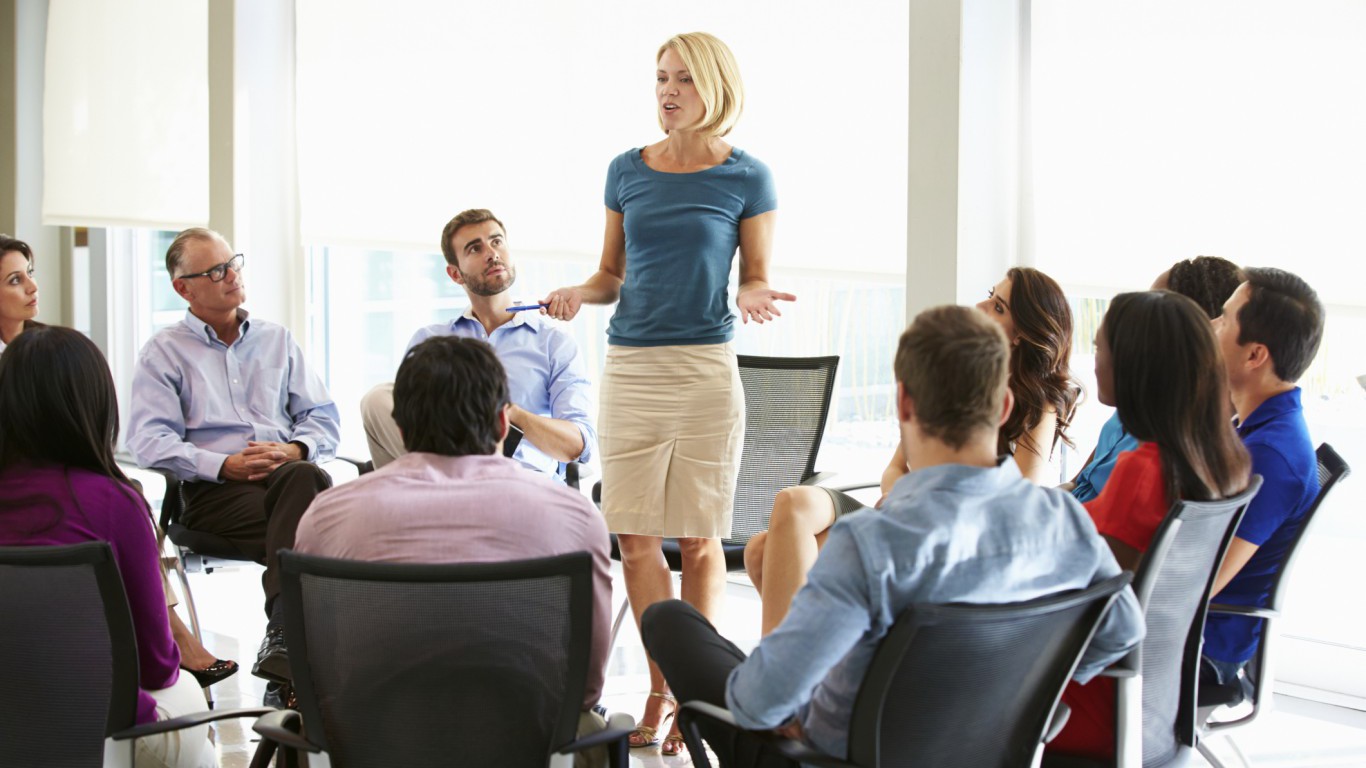 Professional employer organizations manage a range of human resources-related needs for larger companies, including health care benefits, payroll, and 401(k) retirement plans. In the past decade, employment in the field fell by 48.1%. 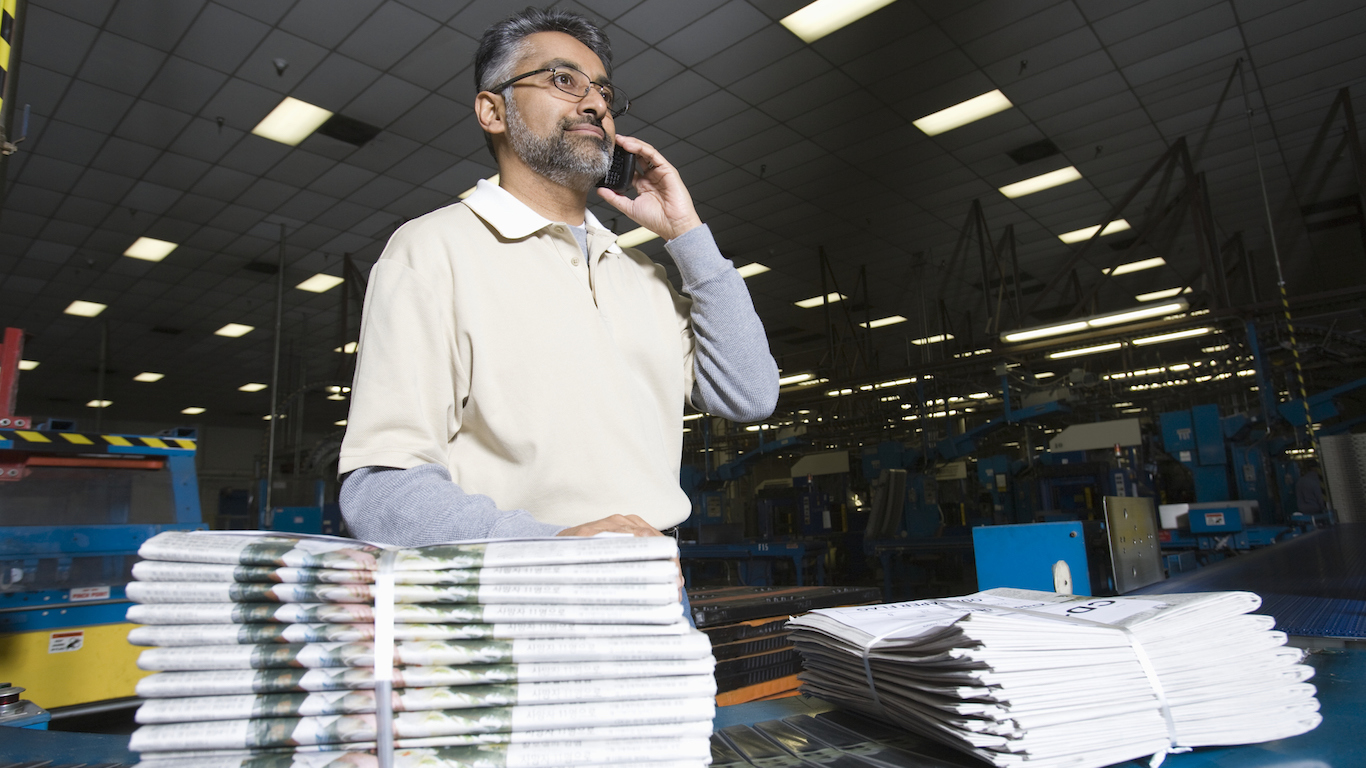 Few industries have taken a bigger hit from the rise in digital media than print newspaper publishers. Once the preferred news medium, newspapers nationwide have been losing advertising and subscription revenue over the years as cable television and web-based news platforms have gained favor. As a result, dozens of publications across the United States have gone out of print or have dramatically reduced output over the past decade. The industry, which employed nearly 350,000 Americans as recently as 2007, now employs only about 177,000 people.