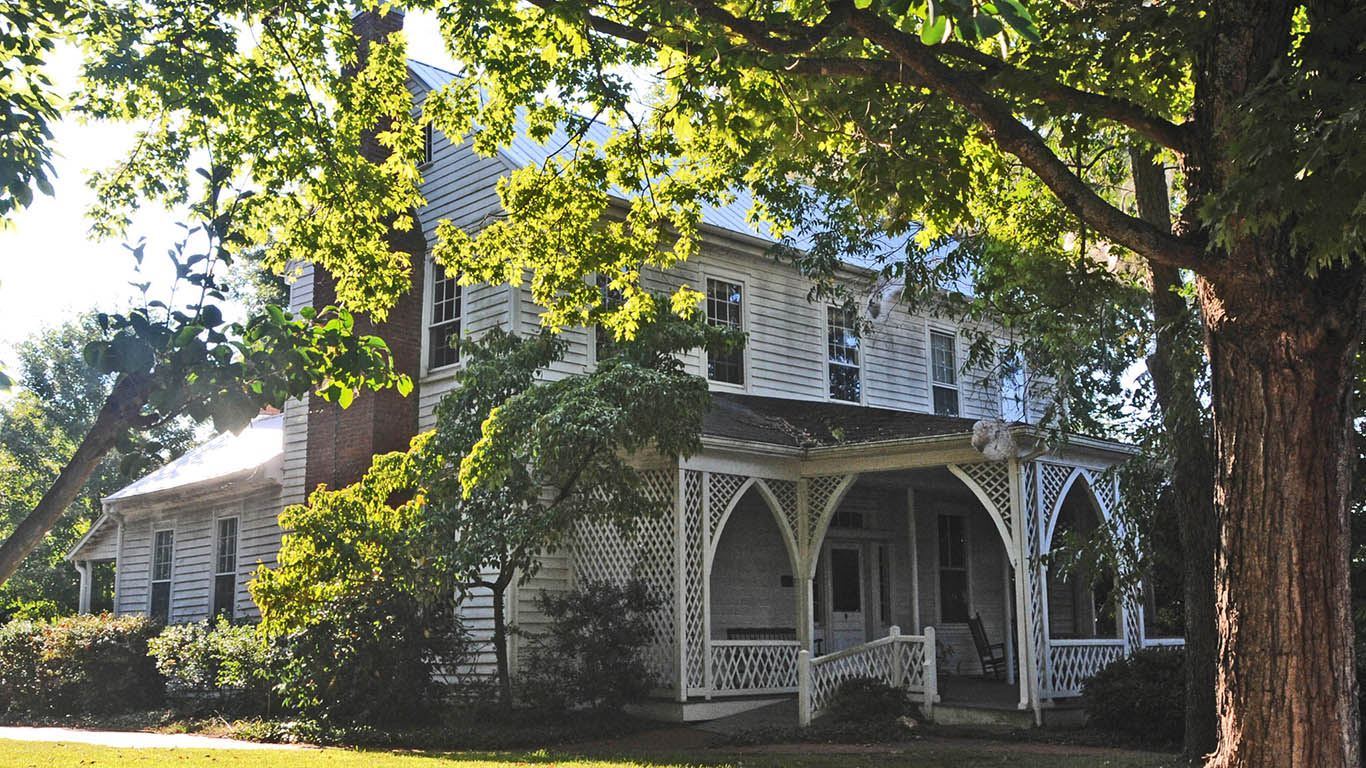 The population of Chatham County aged 65 and over grew by 2.8% over the past year due to migration from out of state, more than twice the average rate of 65 and older migration across all counties. Located in the Durham-Chapel Hill metro area, which includes both Duke Hospital and UNC Hospitals, Chatham County retirees have access to some of the best health care in the country. Some 90% of diabetic Medicare patients aged 65 to 75 receive annual tests that evaluate their long-term control of blood glucose concentrations, and 70% of female Medicare enrollees aged 65 to 67 receive breast cancer screenings biennially, both of which larger than the corresponding national shares. Additionally, Pittsboro, the county seat, became a North Carolina Certified Retirement Community in 2013 — a designation that acknowledges the area’s exceptional quality of living for seniors. 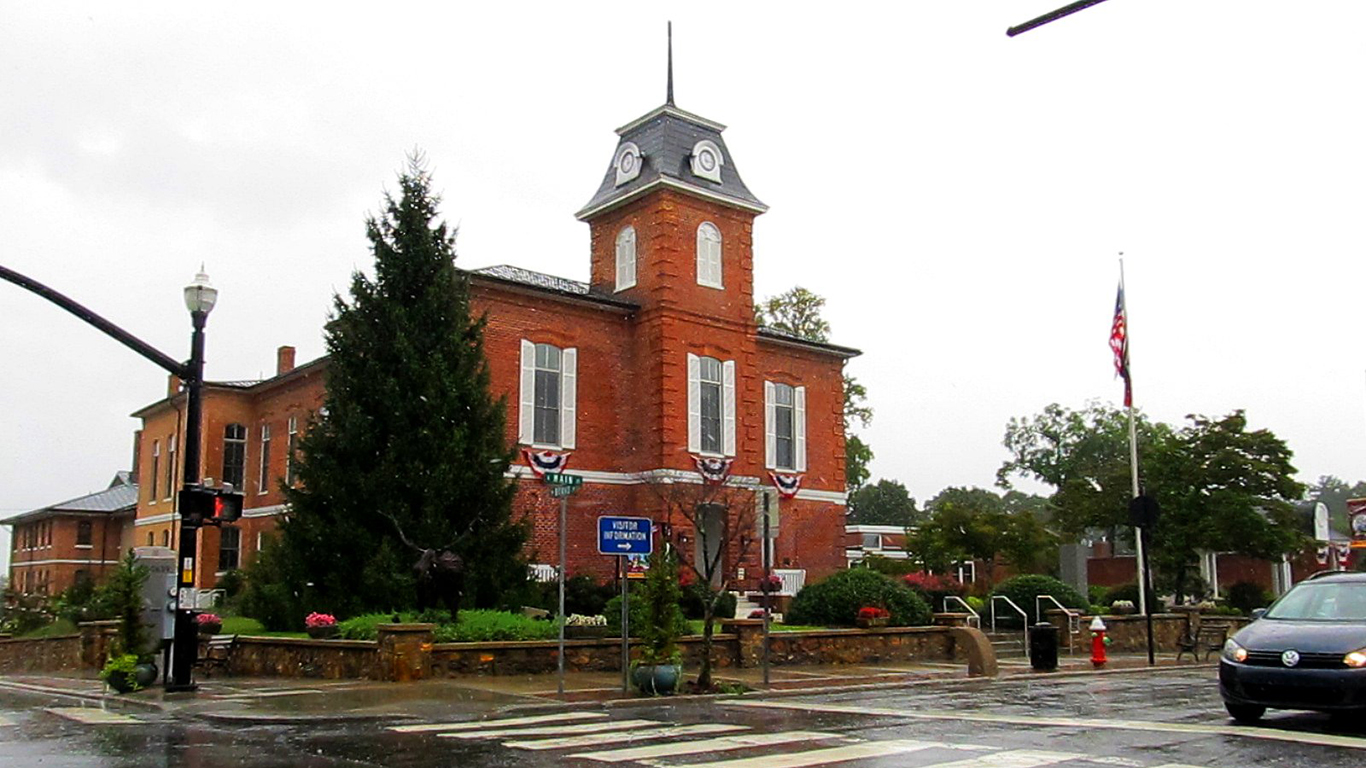 One of four North Carolina counties on this list, Transylvania has a relatively large senior citizen community. Some 27.6% of the county population is at least 65 years old, more than double the 14.1% national share. The 65-year and older population grew by 2.6% due to migration from out of state in the past year alone, more than double the national rate of 1.1%. Senior citizens may be attracted to Transylvania County due to its surroundings, which include waterfalls, mountains, and numerous recreational opportunities. More than 80% of the county population has access to places for physical activity such as parks and recreational facilities, which may give residents incentive to engage in exercise regularly. 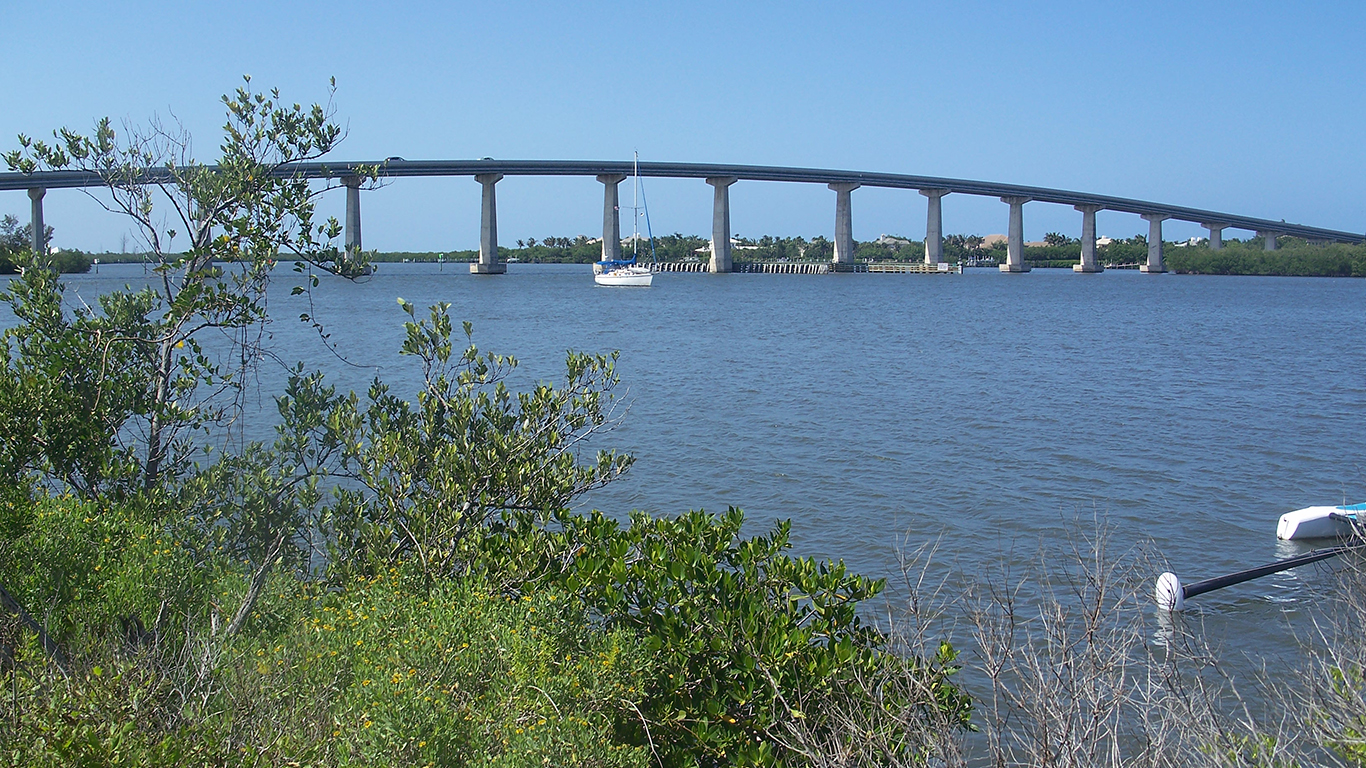 Some 29.5% of residents in Indian River County are 65 years old and over, one of the largest shares of any U.S. county. Indian River is also one of the healthiest counties nationwide. Only 24.5% of adult residents are obese, far less than the 28.0% national obesity rate. For every 100,000 residents, 6,686 years of life are lost annually due to people dying before the age of 75. To compare, the average annual rate among the 500 oldest U.S. counties is approximately 7,500 years of life lost due to premature death per 100,000 residents. 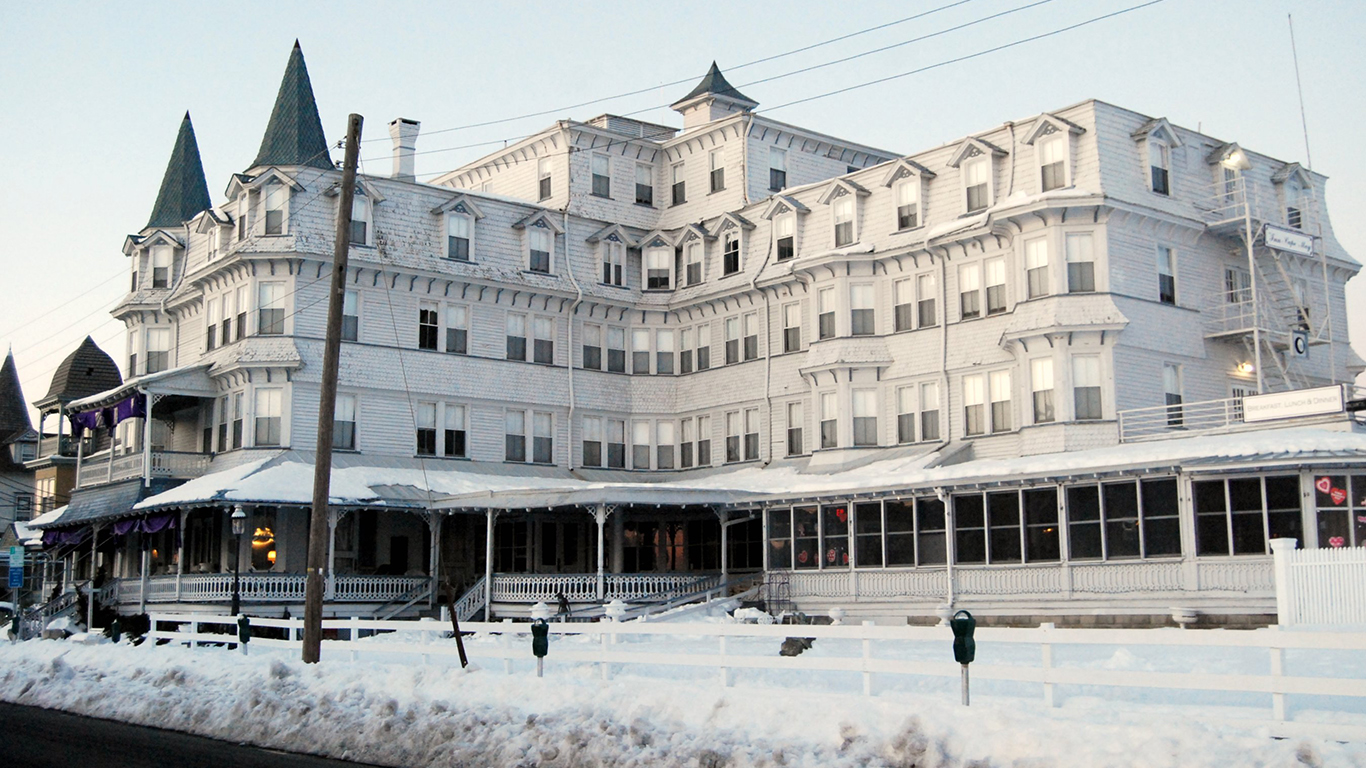 The 65 and older population in Cape May County grew by 2.3% over the past year due to inbound out-of-state migration, more than twice the national average growth rate. New retirees may come to enjoy the county’s numerous beaches and golf courses. While counties with older populations are often less healthy, Cape May County residents have healthier behaviors than the average American, leading to better health outcomes. Just 14.2% of adults in the county smoke, and only 21.8% do not exercise regularly, better than the national rates of 18.0% and 22.0%, respectively. Cape May County seniors may also have better access to health care. Some 70% of female Medicare enrollees in the county aged 65 to 67 receive breast cancer screenings biennially, more than the 63% national share. 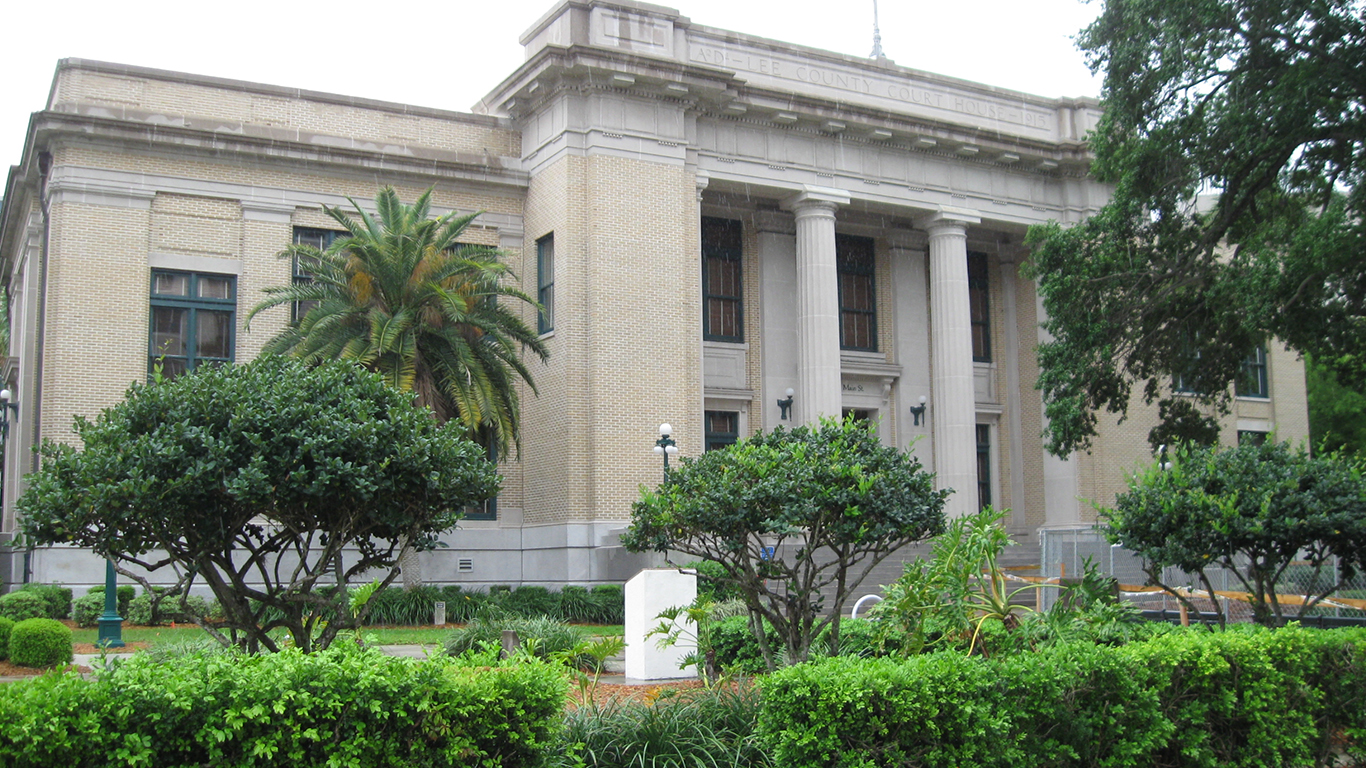 Lee County attracts more senior citizens every year than nearly any other U.S. county. Lee County’s 65 and older population grew by 4.5% over the past year due to the influx of new senior citizens from out of state, more than four times the national average. These newcomers are joining one of the healthiest old-age communities in the country. Just 6,620 years of life are lost due to people dying before the age of 75 per 100,000 Lee County residents annually, approximately 900 years less per 100,000 than the average rate among the 500 counties with the oldest populations in the United States.